Sequoia’s Hackathon is back in a bigger avatar; healthcare, social apps dominate 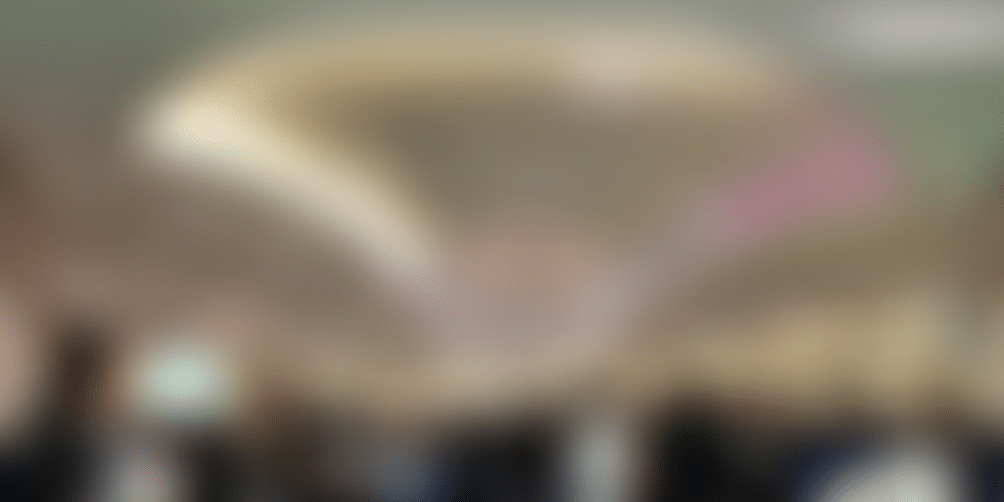 Sequoia Capital’s annual Hackathon returned to Bangalore in a bigger, better avatar this weekend as 500 developers hacked away on 11 tracks over 24 hours in one of the rare VC-funded developer events in the country.

The teams began on Saturday afternoon and worked non-stop for 24 hours, followed by demos and a shortlist. There were 11 tracks, or categories on offer by Sequoia, for the teams to choose from. Each track was mentored by a company in that category and technical experts from those companies were on hand for advice.

The shortlisted teams had to make a presentation after which the winners were announced.

Each track had a winner and the judges chose an overall winner from the 11 category champions. There was also an audience choice award chosen from tweets during the contest. Category winners took home 200,000 rupees as prize. Team 3 Idiots was the audience favorite for their app which build a Kinect for every mobile.

Some of the mentor companies had opened up a special API for developers to build apps on their product. The mentors were part of Sequoia’s own portfolio of firms such as Practo, Freecharge, MuSigma, Pine Labs and Ola Cabs.

A sense of humour was evident in the names of the teams, ranging from Ninja Warrior and Hulk to Indifference and P.D.A. Despite the hours of work, the mood was buoyant and there was excitement in the air.

Most of the participants this time have come from startups or good product companies like - Flipkart, Freecharge and others Shailendra Singh, managing director of Sequoia told Yourstory. The response this year has been much better and the quality of hacks prepared in 24hrs has been amazing!

1.       Payments: To enable or improve payments through mobile. Team Paperless Receipts, who developed an app for, you guessed right, paperless receipts was the winner.

2.       Healthcare: For innovative medical solutions. Team Phoenix, whose app uses the phone’s accelerometer to measure tremors in Parkinson’s disease patients and send the collated data in the form of a graph to the doctor, won this category.

3.       Analytics: For analytics that can be used improve daily lives. Insedge, which built an analytics and visualization platform, was the winner.

4.       Social impact: A relatively new category, on use on technology to improve the lives of differently abled people. The winner was Team Lambda, whose app could help visually impaired find out which currency note they hold, by photographing the image and comparing to a database.

5.       Machine learning: For apps that learn from data. Team Shebang, whose app can bring interactivity to advertisements, was the winner.

6.       Virtual goods: To build new experiences for virtual goods and extend it to the real world. Team Night Owls, the overall winner of this competition, won this category, with its driving analytics app.

7.       Gaming: New gaming ideas or ways to make gaming cooler. Team Infinity’s app which converts the phone into a gaming control device, was the judge’s choice.

8.       Transportation: Anything that makes travel easier. Team Akni’s Super SMS which allows you to take actions from SMS, such as book a cab, was the winner.

9.       Infrastructure: Anything that improves system infrastructure. Team Gogetters, who extended Couchbase to give it a distributed SQL Stored procedure method which is significantly faster and easier to use than MapReduce was the winner.

11.   Local search: To improve search and discovery apps. Team Default designed an app that detects which restaurant you are in and automatically analyses menu food items to offer best nutrition choices.