TiE Bangalore panel: 15 ways to map and tap the IoT opportunity in India 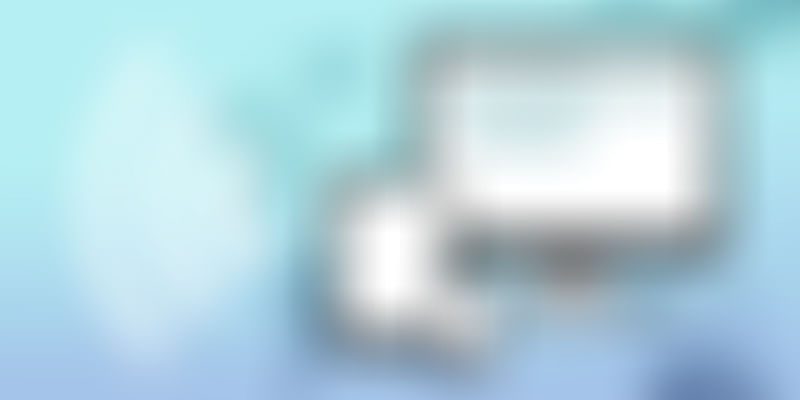 With startup and investor momentum picking up in India, TiE Bangalore has launched a new website for entrepreneurs in the space of Internet of Things (IoT). The Special Interest Group (SIG) on IoT includes online forums, periodic events and an assistance scheme in the areas of Design for Manufacturing (DFM), testing and interoperability.

Five broad categories of IoT application are wearables, industrial factories, transportation, buildings and smart cities. Over the last decade, bandwidth costs have dropped by a factor of 40 and processing cost has dropped by a factor of 60 (see Goldman Sachs infographic). By 2022, IoT will be worth an estimated $14.4 trillion in value (net profit); 50 billion devices will be connected to the Internet by 2020.

“Over the past four months, we have been engaged with over 30 startups in the IoT space. There is a wide range in wearables, healthcare, smart home, intelligent factory and infrastructure such as device management, 3D printing and development tools,” said Arvind Tiwary, Founder of the IoT SIG.

IoT is more than the Internet of Things, it is about the Internet of Value, which arises from analytics derived out of data collected from connected things. The value arises from cost benefits from such networks, and new services that can be rolled out via such configurations. Productivity, efficiency, effectiveness, risk management and innovation are key value gains of IoT.

The ultimate metric of success for IoT is improved quality of life for citizens. Does it help reduce wastage, improve water and power utilisation, and lower traffic congestion? Can it help generate new services such as peak load management via smart metering? What will be the benefits at the end of the day from smart UPS units, automated water contamination alerts, security sensors and green buildings?

IoT cannot be owned and dominated by one single player due to the complex interplay of core infrastructure, devices, networks and applications. Cisco even refers to IoT as ‘Internet of Everything.’ Success for one player will come from aligning and even orchestrating the agendas of other multiple players.

7. Converge the online and offline worlds

Much hype about convergence has focused on content plus platform, or broadcast and telecom, or sensor integrated with controller. But the real convergence of IoT is going beyond a virtual overlay on the physical world, to a seamless bridge between the two worlds. IoT in that sense also represents the third wave of micro-electro-mechanical systems (MEMS): the first wave was within automobiles, the second wave involved smartphones, and we are now in the IoT wave. The network has become the new platform for content and services.

8. Bring IoT down to IoN (Internet of Neighbourhoods)

It is fine for national governments to paint a vision of smart cities, but the reality is that local governments have to plan, drive, implement, maintain and harness a major portion of IoT initiatives. This applies especially to local transportation, electricity and water management, and will even include local governance via the Internet of Neighbourhoods (IoN). ‘From Modi to Municipality’ should be the government driver for IoT in India.

Instead of waiting for the entire smart city ecosystem to fall in place and be blessed with government support, IoT initiatives can be started at the institutional level. For example, the transportation department can begin with bus-stop displays with realtime information on arrival of the next three buses on each route. Large companies in each city can collect and analyse realtime data of their green building projects, rainwater harvesting and commuter buses – and then come up with predictive and prescriptive solutions. These demos can serve as proof of concept and spur involvement of local startups.

10. Push for Open Data and standards

The Open Data movement has yet to gather significant momentum in Indian government and public sector agencies, and can yield useful realtime data for smart city players, including startups. The industry has to cooperate to create standards so that devices can ‘talk’ to one another; alliances addressing these issues include the All Seen Alliance and Open Interconnect Consortium.

Business opportunities in IoT are certainly lucrative, but the industry should also address its responsibilities in areas such as privacy, trust and security. IoT services and benefits should not just be for well-off citizens with the latest gadgets, but should be digitally inclusive and avoid ‘digital ghettoisation’ of society, already an issue in many emerging economies.

There will be pressure for talent in IoT space, but industry-academic partnerships for research and capacity building will help here. For example, Bosch has set up The Robert Bosch Centre for Cyber Physical Systems (RBCCPS) at the Indian Institute of Science (see my earlier YourStory article). Some of its initiatives include sensor networks to help irrigation efficiency for Indian farmers. Industry-academic partnerships should also go beyond the usual top-tier institutes in India and reach out to other engineering colleges as well as technical training institutes.

It is tempting to compare India with China in IoT space and note that China seems far ahead with its advantages of scale in manufacturing IoT products and larger number of smart city projects. However, these are still early days in the game and winners have not yet been declared -- India can go beyond the pure product play and build on its own competitive strengths, especially in areas like software and analytics. But it should certainly not overlook the hardware angle.

14. Innovate on the business model

IoT success will come from creative business models which foster innovation along with civic engagement. The smartphone as one of the entry points for some IoT applications will extend existing business models and spawn new ones. This can include smart ticketing, such as the Strathclyde partnership ‘smart card’ project for multi-modal, multi-product and multi-operator ticketing schemes.

15. Reach out to industry initiatives

Specific assistance provided by the IoT SIG of TiE Bangalore will include mentoring, consulting and guidance in selecting Electronic System Design and Manufacturing (ESDM) partners, according to IoT SIG Founder Arvind Tiwary. TiE has organised a range of IoT events in Bangalore, Hyderabad, Pune and Delhi on topics such as retail and smart cities.

“This is a rapidly evolving area where we do not have any models to adopt as all of us in IoT space around the world are still learning. The space offers tremendous opportunity and is not just about volume manufacturing but about innovation and smart devices,” Tiwary told YourStory.

In sum, IoT momentum is receiving a significant boost in India, not just to support smart city projects overseas in places like Barcelona, but within India itself. “Barcelona is run out of Bangalore, but Bangalore needs to be run out of Bangalore also,” joked Ashwin Mahesh, Founder of MapUnity.