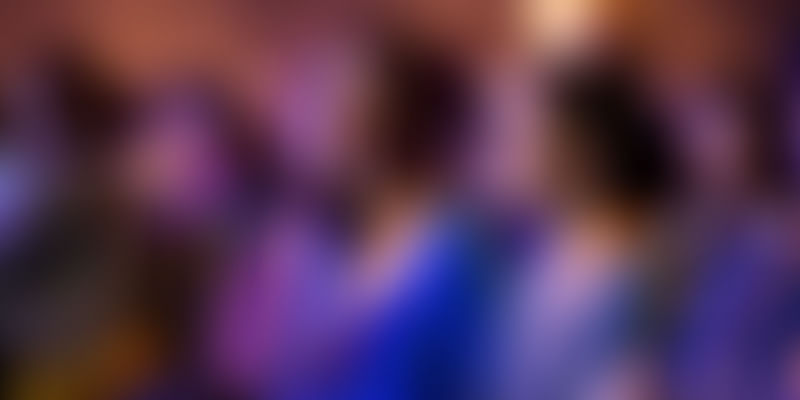 The Anita Borg Institute (ABI), is partnering with two Government bodies, the National Science & Technology Entrepreneurship Development Board (NSTEDB), the Department of Science and Technology (DST), Government of India and the Indo-US Science and Technology Forum (IUSSTF), to create an entrepreneurial ecosystem for women entrepreneurs in India. The ecosystem will be established through the Women Entrepreneurship Quest (WEQ) Program. This announcement was made during the WEQ 2014 contest finals, part of the 5th Grace Hopper India Conference held on Friday, 21st November at the Lalit Ashok Hotel, Bangalore

WEQ is a technology business plan competition designed by the Anita Borg Institute to promote innovation and ensure support to aspiring Indian women entrepreneurs. WEQ is held annually during the Grace Hopper Celebration of Women in Computing India (GHCI).

Ms. Sreepriya Koppula, CEO of the Turnaround Systems Pvt Ltd won the WEQ 2014 Contest. She developed a technology solution, Turnaround360 to make the online catalogs 3-dimensional and interactive. She impressed the judges with her presentation and thorough validations of her targeted market. She bagged a cash prize INR 5 Lakhs along with host of other awards.

Six finalists were selected from 107 entries received from across India, gave ten-minute venture pitch presentations to a panel of judges which included investors, technology experts, entrepreneurs and mentors.

As per this partnership, six selected women entrepreneurs from the WEQ contest will be sent to the United States on a fully paid trip to get exposed to the entrepreneurial culture in Silicon Valley and will be provided with extensive mentoring, networking opportunities and access to capital, which is one of the biggest obstacles to growth for women entrepreneurs. The effort is to support networking amongst women entrepreneurs, including potential entrepreneurs, connect them with government agencies and other support organizations.

The National Science & Technology Entrepreneurship Development Board (NSTEDB), established by Government of India in 1982 is an institutional mechanism, with an objective of promoting gainful self-employment amongst the Science and Technology (S&T) manpower in the country and to setup knowledge based and innovation driven enterprises.It has representation from socio-economic and scientific Departments / Ministries, premier entrepreneurship development institutions and all India Financial Institutions.

“The Government of India has initiated several measures to promote entrepreneurship among women as it realizes the critical role of women in national development. However, the government alone cannot sustain the movement of empowerment of women. There is need for organizations such as the Anita Borg Institute to act as catalysts and based on that belief we have entered into a partnership,” said Dr. Anita Gupta of the National Science & Technology Entrepreneurship Development Board, Department of Science and Technology (DST), Government of India.

The Indo-US Science and Technology Forum (IUSSTF), established under an agreement between the Governments of India and the United States of America in March 2000, is an autonomous, not for profit society that promotes and catalyses Indo-US bilateral collaborations in science, technology, engineering and biomedical research through substantive interaction among government, academia and industry. As a grant making organization, the principle objective is to provide opportunities, to exchange ideas, information, skills and technologies, and to collaborate on scientific and technological endeavours of mutual interest.

“While women are stepping forward and breaking the glass ceiling on their own, we believe that to accelerate this pace there is tremendous value in sharing best practices across our nations, there have to be many more such partnerships to create an ecosystem for women entrepreneurs which is one part of empowerment of women.” said Dr. Smriti Trikha of the Indo-US Science and Technology Forum. “The Indo-US Science and Technology Forum looks at tapping potential of entrepreneurs, specifically women who are emerging as leaders, business owners, employees, and key stakeholders.”