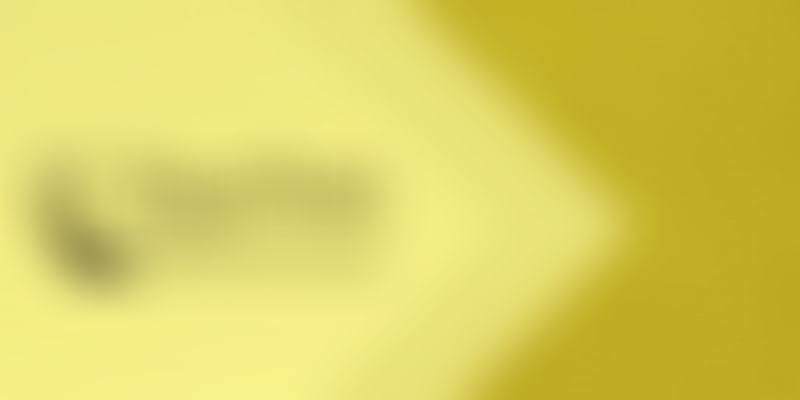 The 11th annual Manthan Conference and Awards for best South Asian Digital Content wrapped up in New Delhi yesterday with a new round of winners in 13 categories. It was an honour and delight for me to anchor the awards ceremony (though it was tricky to ask the winners to make their acceptance remarks in exactly one word each!).

Out of 400 nominations received from across South Asia this year, 27 winners, 26 runners-up and 67 finalists were declared by the jury. India accounted for 317 nominations, followed by Sri Lanka (57), Bangladesh (17) and Pakistan (5).

“The mandate of bridging the digital divide is has been endorsed by successive Indian governments culminating in the full-fledged Digital India programme of the current government under the leadership of Prime Minister Narendra Modi,” said Osama Manzar, chairman of the Digital Empowerment Foundation, organiser of the Manthan awards.

India has more than 300 million people or about 24.4 percent of its population still living below the poverty line. About 10 percent per year are getting out of poverty, and the pressing need for livelihood and growth calls for use of tools such as ICTs to empower citizens economically and socially, said Amir Ullah Khan, Senior Policy Advisor at the Bill & Melinda Gates Foundation.

The Entrepreneurial Finance Lab (EFL) has emerged out of the work of Bailey Klinger and Asim Khwaja from the Kennedy School of Government at Harvard University. It is a credit-scoring tool using a psychometric survey combined with readily available market information.

bKash is a mobile based financial service provider in Bangladesh. Through bKash, users can top up mobile airtime credit, make payments, receive remittance from abroad, cash out from ATMs, save money and earn interest. bKash has a vast distribution network of more than 95,000 agents nationwide. It is operating under the jurisdiction of the Bangladesh Central Bank.

Yaadon Ka Idiot Box with Neelesh Misra is a radio show on Reliance Broadcast’s 92.7 BIG FM. This show is produced by Content Project. More than 500 stories have been produced by the show so far. It has a steady audience of 40 million listeners.

Brahmaputra Community Radio Station is the first grassroots station of its kind in North-East India. It is run by representatives of local communities in Dibrugarh district and produces radio programs in five different languages and dialects – Assamese, Bhojpuri, Mishing, Bodo and Chadri. The radio station covers a total population of about 2.5 lakh.

Endangered Archive 341 is an initiative of the Urban History Documentation Archive of the Centre for Studies in Social Sciences, Kolkata. It preserves a range of endangered printed and manuscript records from across 20 public libraries, relating to the history of civil society in colonial India. It has shortlisted 3,700 unique and endangered books and copied them during the period 2010 and 2012.

e-Pothi is a project of the Odisha State Museum launched by the National Informatics Centre. Its offerings include a searchable e-catalogue and repository of about 37,000 rare palm leaf manuscripts of Odisha.

e-thaksalwa is Sri Lanka’s National e-learning Portal for General Education. It is a Learning Content Management System (LCMS) aimed at providing all learning materials and course content covering all the subjects from Grade 1 to Grade 13 of the GCE (A/L) streams and also general knowledge. The final goal is to reach all four million students and 2,25,000 teachers.

Buddy4study.com is a scholarship portal which brings together both scholarship seekers (students) and scholarship givers (educational institutions, NGOs, foundations). The website provides timely information on all scholarships on offer and their eligibility criteria. It has also published India’s first Scholarship Guidebook for school students.

iChemist Titration Simulator is a full featured chemical titration simulator developed in Sri Lanka. It allows users to simulate acid-base titrations on almost all i-devices (including iPad, iPhone, and iPod) and also on Mac and Windows platforms.

Shotz7 is a mobile app to showcase short movies and documentaries. It is acquiring short movies from various institutes and independent film makers and then showing them to subscribers of mobile phone service providers. As of now, all the subscribers of MTS over nine circles across India are its active users.

Rajiv Gandhi Jeevandayee Arogya Yojana from Maharashtra is an entirely ICT-enabled paperless health insurance scheme for economically weaker sections. The insurance policy and coverage can be availed by eligible beneficiary families residing in all the 35 districts of Maharashtra. It meets all expenses relating to hospitalisation of the beneficiary for up to Rs 1.5 lakh per family per year.

e-Scholarship, developed by the Department of Social Justice and Special Assistance (Government of Maharashtra) transforms delivery of scholarships to students. The total funds disbursed in 2012-2013 were about Rs 2,800 crore. Digital automation has helped bring down administrative costs while students are getting their scholarships on time.

Jail Vaarta, developed by the government of Himachal Pradesh, enables prisoners and their relatives or visitors to interact visually with dignity through video conferencing. This initiative is the first of its kind in India and second in the world next to Singapore which also allows online prisoners such a hassle-free facility for their relatives.

Central Asia Health Systems Strengthening (CAHSS) project by the the Aga Khan Development Network eHealth Resource Centre seeks to utilise ICTs to support, strengthen and expand the health system in South-Central Asia covering the countries of Afghanistan, Kyrgyz Republic, Pakistan and Tajikistan. 3,867 patients have benefited from live and store-and-forward teleconsultations while over 50 courses have been delivered to 1,114 participants.

The Gift of New Abilities from the Medical Intelligence and Language Engineering (MILE) Lab, Indian Institute of Science, is a versatile software for rapid and efficient conversion of printed books to Braille books. So far, more than 500 Tamil books (school, college, story and general) have been converted by MILE’s OCR and delivered as Braille books to hundreds of blind students in Tamil Nadu.

The Swarālōka adaptive music score trainer for the visually impaired in Sri Lanka has been developed by the University of Colombo School of Computing. It uses an Optical Music Recognition (OMR) sub-system to convert printed music notation into audio format, thus enabling visually impaired people to study and experiment on music independently.

The Kahani Project aims to enable differently-abled children access the world of stories and fairy tales. It uses crowd-sourced stories in a digital audio format to create the largest online, creative commons-licensed library of stories in Indian languages. The audience is over 20,000 people, and the online stories have been heard over 12,000 times.

The FuEL Project is an open source effort that aims to solve the problem of inconsistency and lack of standardisation in software translation across platforms. Resources are used by approximately 40 language communities and organisations such as C-DAC GIST, Red Hat, and Wikimedia Foundation.

Citizen Matters is a Bangalore-based, city-focused, citizen-oriented web-based media platform, covering public affairs, community and culture. It uses a hybrid model of local journalism combining the work of professional and citizen journalists. It receives around 110,000-150,000 monthly visitors of which 90,000-120,000 are unique visitors.

Magzter is the world’s largest and fastest growing global, digital, multi-platform newsstand and magazine store. It digitally delivers over 4,500 magazines and books from more than 1,500 publishers from 50 countries to 21 million readers across the globe. Its motto is Tap, Read, Enjoy, via its proprietary OREY Click Publishing system.

SIyARA Harbour Vessel Traffic Monitoring System (VTMS) developed by the University of Colombo School of Computing is a 3D visualisation implemented in Colombo port. It enables port authorities to obtain a greatly enhanced situation awareness, especially during bad weather and at night time.

Kanyashree Online 2.0 is a portal developed by NIC-West Bengal to create an e-governance mechanism for Kanyashree Prakalpa, the Conditional Cash Transfer (CCT) scheme for improving the status of the girl child in West Bengal. It has enrolled over 1.8 million beneficiaries (ages 13-18 years) who have applied for scholarships, of which over 1.6 million have been sanctioned.

Maya.com.bd is a Bangladesh website dedicated to empowering women by bridging online and offline communities. It disseminates high quality contextualised content on issues of health, well-being, gender justice and social stigmas. The online forum has answered over 6,000 questions and its Facebook page has over 10,000 fans.

The Chairman’s Distinction Award went to the Digital Monastery Project (digital inventories of the Namgyal Institute of Tibetology).