Companies! take your employees for a marathon with FeetApart 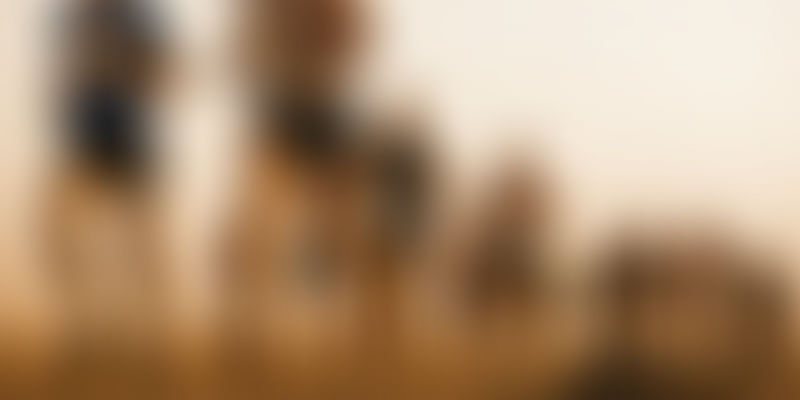 Muscle cramps, back pains, headaches and excess lipids, which could have otherwise been useful to stay warm in the South Pole, are an uncomfortable part of urban Indian lifestyle. Sedentary office life brings about a series of annoying side effects that compromise mood, health, and work performances.

FeetApart is an app that mainly addresses companies (of any size) with the purpose of increasing employees and employers' fitness level and health consciousness. Its Founders Abhishek and Arshith were not originally very sporty characters. In fact, the former was suffering light breathing problems due to smoking, while the latter was slightly overweight. “Our background is actually technology,” explains Abishek “but, I thought, 'Okay! Let me try to challenge myself, and let's see what happens.'”

Abhishek's passion for running started with a marathon in 2007. Soon he realised physical exercise was revolutionising his lifestyle and encouraged his wife and friends to run. FeetApart co-founder Arshith shared the same vision of healthy life: some years before, he developed cancer and found great relief in meditation. “ Since Arshith started running regularly, he has lost 12kg!” exclaims Abishek.

In a survey the team recently conducted, 70% of employees assert they work better when they are healthy. Moreover, it has been observed that unhappy workers are deleterious for the productivity of companies, costing up to $300 billion per year in the US (where most of research on the topic has been carried out). Workout appears to be the best remedy. Physical exercise produces endorphins, which help body and mind on various levels, particularly facilitating sleep and reducing stress. In other words, it helps be happier.

FeetApart does not focus only on improving individuals' body shape. It aims to make health a priority on companies' agendas, by underlying the close link between wellness and productivity. The app proposes a set of goals -from simple walks to marathons - and establishes competitions among members of a company. To encourage employees' active participation, winners are awarded with prizes which are assigned to those who work out harder and accumulate more points. Based on behavioural economics studies, Abishekh adds that competitions could increase social interaction among employees, improve team work, and trigger personal motivation.

FeetApart offers several other features including integration with fitness-related apps such as Runkeeper, as well as the possibility to share activities and achievements on social networks. Users can choose from a variety of sports and even create 'sport communities'. “If I want to go for a hike,” says Abhishek “I can just shout out and ask people to join.” FeetApart uses data analytics to suggest users activities based on their previous choices and customise their experience.

Pricing varies for single users and small ($89/month), medium ($399/month), or large companies (on proposal). This flexibility will make the app more accessible and will diversify the environments within which it'll be implemented. For the moment, FeetApart counts 1000 users, including Vdopia, LinksAlpha, Qyuki Digital Media, Farid Consultants, and Jabong as paying clients. This revenue system has not made the company profitable yet, but according to Abhishek it will take six month for FeetApart to start making money. For the moment, they're counting on their own investments and planning to go for a round of funding in the first quarter of 2015.

The app is promising because in India the benefits of health and fitness are relatively neglected. The International Diabetes Federation counted more than 65 million people suffering from diabetes in India, and obesity is on the rise. They listed genetic predisposition, faulty nutrition and physical inactivity as the major causes. These affect mostly Indian middle class, which is also the largest slice of office-working population.

The team is still at the beginning of their path. If the app succeeds, it would be an important contribution to health and working life of users. The main question is about the ability of changing a well established working culture. The virtually absent habit of walking; the custom of eating out (mostly oil and ghee-based food); and the permanent sitting position are few of several elements that constitute 'normality' in working life. By definition, normality is the standard and disrupting it won't be easy.

However, awareness on health issues is rapidly increasing in India and the FeetApart team is aware that shifting toward more active life requires slow gradual steps. They are a start. Given the great focus on social interaction and competitiveness, interactivity and diversification of approach to lazy and active users will be fundamental for success. At the moment, they're working on introducing specific diets to combine with different types of exercise.

Take the chance, stand up, and join the run!