The 'unholy' girls of India, and Dasra's fight to protect them 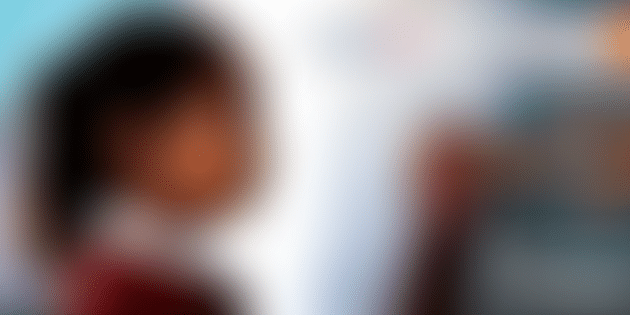 Statistics show that by the age of 15, 51 per cent girls stop attending school. This premature termination of education reportedly costs adolescent mothers USD 400 billion in potential income – an amount eight times the combined profits generated by India’s top 100 companies. Many of these girls go on to become adolescent mothers, a role that comes with its own challenges. As many as 780,000 neonates die of preventable causes. Those who live are subject to another damning probability: one in three malnourished children in the world are from India. Malnourishment is more common here than even Sub-Saharan Africa.

At every avenue, women deal with the consequences of their gruesome reality. Even when in school, absenteeism is high in marginalised and rural settlements, and menstruation is the second major reason cited as the reason for this, following household work. It keeps girls out of school for nearly 20 per cent of the year. Young girls seldom find domestic support through these times. In surveys, 70 per cent mothers considered menstruation “dirty”, upholding the age-old stigma against what is a natural and important biological function. This taboo results in dire practices: Nearly 88 per cent of menstruating women in India use inefficient or harmful alternatives to sanitary napkins, like rags, old fabrics, wood shavings, newspapers, dried leaves, hay, plastic, ash and sand. This results in an abnormally high prevalence of reproductive tract infections with estimates as high as 70 per cent. To top this, as many as 63 million adolescent girls live in homes without any toilets.

Historically, adolescent girls have been one of the most neglected social categories. They’ve been consistently denied opportunities and health services, thus severely impeding their progress. The challenges they face are being addressed only now; however, work in the RMNCH+A (reproductive, maternal, newborn, child health and adolescent) category is disparate, disorganised and does not have the high impact required to influence millions of lives.

This is where Dasra, a strategic philanthropic organisation that focuses on a variety of social enterprises and groups, steps in. In 15 years, Dasra has helped direct Rs 220 crore worth of investments to 900 social organisations in India. Its work has enlisted nearly 4,000 stakeholders in the course of this time. Karan Malik, spokesperson for Dasra’s Girl Alliance initiative, says, “Dasra works both ways: for funders and social enterprises. Many funders in India, both philanthropic and corporate, are unsure of which causes to support and which people are deserving of their funds. We help them choose organisations for their effectiveness, trustworthiness and impact. The purpose behind our research is to inform stakeholders and funders.”

In the year 2013-14, Dasra managed to map 918 organisations and profiled 104. This exhaustive engagement and research allows Dasra to create a detailed landscape of India’s key social issues, the organisations working for them and the means to help them. India has pervasive socio-economic problems overshadowed by the glamour of urban progress. Deval Sanghavi, partner and co-founder of Dasra, writes in the annual report: “What started with the realization that the social sector needed more than short-term grants and small-scale impact grew into a model that is transforming the effectiveness of funders, the programs of social organizations, and the lives of millions of Indians.” An important part of this “strategic giving” is the Dasra Giving Circle. It brings together impact investors, funders, corporations and philanthropists interested in strategically engaging with social organisations with good business models and strong community linkages. The donors form a community that makes funding decisions to support organisations vetted by Dasra. “We investigate quite intensively and have stages of due diligence so people can invest in models that can be scaled,” says Malik. “On the other side, we also help with problems faced by non-profits, like lack of access to funding, technical business and know-how, how to build an organisation. The organisations we look for will always depend on the issue we’re currently working on, like menstrual hygiene in India.”

In March 2013, Dasra launched the Dasra Girl Alliance (DGA) with USAID, Kiawah Trust and The Piramal Foundation (2014). The five-year initiative is set to direct funding of Rs150 crore to empower adolescent girls, mothers and children in India. A part of this initiative is the Dasra Girl Power Awards, a platform to felicitate organisations working to improve lives of adolescent girls in three key areas: health, education and life skills.

“Awards sounds cliché, but it’s a great means to spread awareness,” says Malik. “It creates interest among public stakeholders. We reach out to nearly 5000 organisations across the country with applications from almost every state. After this, 17 finalists are selected, who attend three-day workshops. A jury then shortlists three winners each from the health, education and life skill categories. Each winner receives Rs 15 lakh. For our second edition, we have three new categories: sanitation, employability for adolescent girls and safety and mobility.”

On the other hand, the Dasra Social-Impact (DSI) is their executive training programme for not-for-profits and social enterprises. “We’re interested in the next generation of break-out organisations,” says Malik. “The organisations we work with are usually non-profit and not as much social ‘enterprises’. We avoid rural BPOs and organisations of this nature. We look for those with substantially more depth to their model and clear social aspects and a long-term focus. They need to create value not just for the organisation, but for the community, too.”

As adolescent girls constitute a highly vulnerable 10 per cent of the population, Dasra considers it a matter of urgent attention. “Unfortunately, we tend to group them with children. As they go through puberty, they have significant challenges in terms of child marriage, violence, dropping out and menstruation. There are so many positive benefits to just working with adolescent girls, and they’re ignored by the mainstream non-profit movement and international funders,” Malik explains.

In their five-year plan, Dasra hopes to intensively study this category based on which new and improved pathways to progress will be struck. Malik says, “One challenge is to get people to recognise these are issues. Even though half of the girls in the country get married when they’re children, we still don’t think of this as an issue! And, it’s a practice prevalent in urban areas, as well.”

The most crucial part of bettering the lives of adolescent girls in India is improving health and sanitation. Without it, there’s a terrifying domino effect of consequences that relegates adolescent girls and young mothers to the very bottom of the socio-economic pyramid. In its latest report on menstrual health, Spot On, Dasra highlights the culture and socio-economics behind India’s poor menstrual health record. The challenges are so massive, Rashmita Redkar, a researcher who played a key role in developing the report, says, “When even basic hygiene is missing, there’s really no point in discussing more complex arguments about religious discrimination against menstruating women. We’ve seen women use old, dank and dusty cloth to soak blood. These are not washed or dried properly, and stored in some dark corner of the house. Whether or not women are allowed in temples is really not top priority when they don’t even have access to toilets and sanitary alternatives, which is more important!”

It’s a telling tale of how far we are from progress when critiquing the ideological war on periods seems like nit-picking.

For Dasra, the key characteristics of a good organisation are its connect with the community, local knowledge and experience. It tends to associate with local implementing partners to develop locally adapted models of growth. The three basic issues organisations need to address with India’s menstrual problem are: awareness, access to sanitary materials and health and hygiene facilities.

By the end of five years, Dasra hopes to have impacted India most importantly by:

Dasra is aiming to impact and transform the lives of one million girls, mothers and children by the end of 2018.

With the goal of publishing 21 research reports, rallying 200 organisations, putting in Rs 150 crore through 66 funders and 5000 stakeholders, the future is big. Here’s hoping it’s just as bright.