With turnover of Rs 10 crores, Bewakoof.com claims to be a profitable eCommerce venture 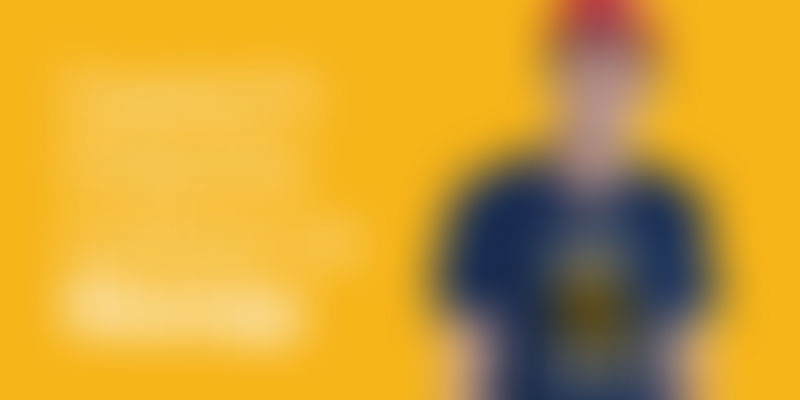 Where most Indian e-commerce companies, including the big names, can’t put a finger on their profitability timelines, Bewakoof.com (which means a fool) launched in April 2012, claims to have bucked the trend and says it is quadrupling its sales each year. Bewakoof.com claims to be a profitable e-commerce site, eyeing a turnover of over Rs 10 crore in the current fiscal. “We are self-sustainable and growing 15-20% month-on-month,” says Co-founder Prabhkiran Singh.

Launched on April 1, 2012, by IITians Prabhkiran Singh and Siddharth Munot, Bewakoof.com has relied on quirky, funny, out-of-the-box messaging on its products to connect with its customers. Before starting out together, Siddharth worked with an education startup, while Prabhkiran ran a business selling fresh flavoured lassi through take-away joints named ‘KhadkegLASSI’.

Bewakoof.com was started with an investment of Rs 30,000, and they received seed funding after six months in operations. They also raised institutional angel funding couple of months ago from Snapdeal founders Kunal Bahl and Rohit Bansal, and Former IDFC Securities MD, Nikhil Vora.

Talking about their decision to call their venture Bewakoof, Siddharth says, “We just got lucky with it. During our college days we had a hobby of buying unique domain names which we could sell at premium in future. Bewakoof.com was bought two years before the brand was launched. When we were launching our lifestyle brand we understood that a great brand name and domain is crucial -- something short and easy to remember. The dots connected well and Bewakoof.com was the perfect choice. It’s a great boost for marketing as well – it’s catchy and distinctive. Once we get people’s attention with our brand name, they remember it for the rest of their lives.”

Bewakoof.com sells apparels and mobile phone covers. It claims to be doing transactions worth Rs 1.5 crore per month, with t-shirts being their best sellers. Their ‘Ghanta’ collection of t-shirts for college students with messages like ‘Ghanta Engineering/Ghanta MBA’ etc have been their best selling products. A sizeable chunk of its customer base comprises of students and youth in the age group of 16-34 years.

When asked why they have restricted themselves to only apparels when most e-commerce websites have a horizontal offering, Prabhkiran says both are different business models having its own strengths and weaknesses. “In our play, we have high margins and a very high customer loyalty owing to our differentiated and unique products,” he says. All products that Bewakoof sells on its site is designed and manufactured by them, they are not a marketplace like Flipkart and Snapdeal, etc. Until sometime back, Bewakoof.com also retailed its products through offline stores in Mumbai. However, they have discontinued their offline thrust and today sell stuff online-only.

Metros and tier-2 cities are best markets for Bewakoof. Cities like Pune, Bangalore, and Kota, where there is a large congregation of younger populace for study/work, also contribute well to their sales. They are also very popular in the North-East with Assam consistently being one of their top-performing states.

Bewakoof.com launches new designs based on their observation of trends in lifestyle and fashion, as well as by listening to its social media fan base of over 1.50 million fans. “Today, in the fashion industry, the opportunities don’t necessarily go to the big and established players, but to the fastest one out there. We work very closely with our fans on Facebook and other social media, as well as use other consumer engaging tools and incorporate their feedback into what we do,” says Siddharth.

Talking about their decision of launching mobile phone covers, Siddharth says it is a huge opportunity and the next upcoming lifestyle category. Although they had plans to launch other accessories, mobile covers became the first choice, when they saw a rising demand for mobile accessories.

Movie merchandising is another important area of focus for them, and since starting up they have worked as merchandise partners for Hindi films ‘Gunday’, ‘Bewakoofiyan’, ‘Gangs of Wasseypur’, ‘Boss’ and ‘Sholay’. “Our popularity on social media has made us Bollywood’s favourite brand. We are the first point of contact for merchandising for all the major production houses. We have already partnered with Yashraj, T-series, Viacom18, Excel Entertainment, Zee TV etc for their movies as their exclusive official merchandise partners,” says Prabhkiran.

Their site receives half-a-million visitors per month, mostly redirected from their own social media channels. “Bewakoof is India’s top most socially engaged brand. The impact of social media on the youth is immense and we’ve been able to take advantage of that. Our 1.5 million following on Facebook helps us connect with our audience beautifully,” he says. Other than this, the startup also uses normal tools available such as Google Ads and other re-marketing tools. Offline promotions include college tie-ups and associations with popular events like Comic Con, NH7, and Mood Indigo, etc.

A couple of months back, Bewakoof.com also started selling via WhatsApp, and now they claim to be making 15% of their total sales through the instant messenger. Customers have to mention the product name, their name and address and send a WhatsApp message to 7666655001, the official number for the service. The founders claim to have already handled 10,000 pings from customers, including order placements, queries, suggestions and repeat interactions.

The initiative has also helped cut-down the reliance on traditional modes of customer service avenues such as phones and emails which saw a combined drop of nearly 35-40% in volume. “By being on the contact list of tens of thousands of people, we are realizing our dream of being a friend to our customers rather than just act as brand interested in selling them things. Now we’re literally just a ping away,” says Prabhkiran. They are targeting sales of around 25% by the month end through WhatsApp alone.

Bewakoof has a team of 150+ people that ensures all parts of the machinery are functioning properly. One of the major struggles for the startup was to make sure their products were being shown to the right audience. “You end up wasting a lot of money in pursuit of this. We experimented quite a bit, and after endless trial and error methods have been successful in bringing our Cost per Acquisition to the lowest by industry standards,” shares Siddharth.