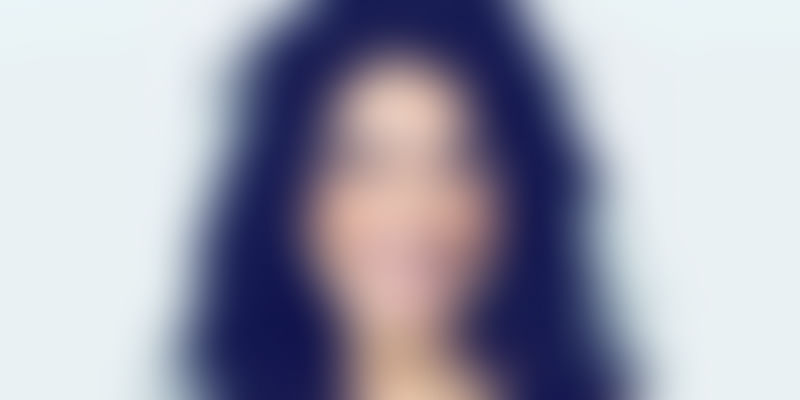 The cost of bringing a seared scallop to your plate is high. For all the sea life that lands in our gut, thousands of aquatic lives are purposelessly lost in sea as a result of abandoned, lost or discarded fishing nets. Synthetic and non-biodegradable, they float as ghost nets in water, continuing to capture aquatic life that’s hardly going to land on anyone’s menu. And, this fishing gear accounts for nearly 10 per cent of marine litter. It is a problem of pythonic proportions. In a streak of obvious simplicity, engineering student Alejandro Plasencia developed a biodegradable fishing net, tracking gear and an app to help reduce these fatalities, retrieve ghost nets and improve the quality of the sea environment. It’s an example of how an innovative and technological solution can solve large-scale, difficult problems that need urgent attention.

It’s around this philosophy Greek-American engineer, physician and entrepreneur Peter H. Diamandis runs XPRIZE Foundation, an organisation that awards innovative global development with social, technological and economic impact. The aim is precisely not to resort to frugal solutions to problems, but tackle, reinvent, replace or change the very system that allows these problems to exist.

With its root in space venture, it was founded in 1995, and officially entered India in 2014. India, a nation that’s both transitional and under-developed, is an interesting choice for a movement as aspirational as XPRIZE, whose Board of Trustees includes personalities like Ariana Huffington, Elon Musk, James Cameron and Ratan Tata.

Leading its journey in India is XPRIZE’s Global Development and International Expansion Director Zenia Tata. An ebullient and ambitious woman, Tata reserves the most fervid enthusiasm when she speaks of the possibilities XPRIZE brings to India.

Earlier last year, YourStory spoke briefly with her on the limited value of jugaad or frugal innovation. More often than not, big problems require big solutions, and big solutions require big money (and, big brains). That’s where XPRIZE steps in.

Straight up, Tata exclaims, “We are an innovation engine. If you want real solutions to massive problems, then you just don’t go to the experts. You have to create an incentive for people to come together to work for the problem. XPRIZE defines a grand challenge. It creates a call for action for something that is very audacious yet achievable. We believe there are two things that truly make a difference in the world: One is money, and the other, an opportunity to engage in global transformation.”

Tata correctly points out to how money is an important enabler, especially when you want to do things well. There is an element of survivalism in jugaad, and it’s not always sustainable or scalable, because it often tends to intimately deal with small consequences of larger problems. Where jugaad is the hack stitch to save the proverbial nine, India needs to reinvent the offending cloth itself. Stopgap solutions can relieve immediate pressures individuals and organisations face. Yet, the systemic failures that give rise to these problems persist. This isn’t to discredit the legitimate value of jugaad as a mind-set that balances top-down systematic approaches to problem solving with efficient, cheap and effective bottom-up ones that encourage us to change the way we perceive local resources. Tata says, “We talk about ‘jugaad’, but the kind of innovation we’re talking about are innovations that truly have a massive ripple effect. India has two sides to the coin: On one side, we have an extremely entrepreneurial economy and set of people. But, on the flipside, India has big problems. Some of the next innovations need to come from India.”

The mindset of innovation

Indians practise a culture of self-hate. There is a pervasive cynicism that taints the way many Indians perceive development. If there’s been one gripe that has had a permanent residence in Indian psyche, it’s: Why doesn’t India innovate as much as it should? There is a sea of talent, intelligence and skill that’s resting in dormancy and neglected. In a culture that prizes scholastic meritocracy and the boringly studious, failures by thinkers and doers are met with severe censure.

On the importance of understanding failure as a learning process, Tata says, “You need a mindset that allows for failure. In India, we don’t have that yet. We have punishment for failure in the form of disgrace. India needs to grapple with the fact that failure makes you stronger. We need to ask: How are failures rewarded?”

Tata believes XPRIZE is going to usher a new culture of innovation by helping Indians break away from its risk-averseness, eagerness for paternalistic leadership and strict hierarchical work structures. Of the challenges that beset meaningful progress, Tata says, “There are big gaps in the ecosystem in early-stage funding, where all you have is a brilliant idea and the passion to make it happen. What people need is someone who trusts you at that stage. However, in India, we’re not there. We’re only starting to get there, but we’ve still got a long way to go.”

More than linguistic barriers, Tata feels it’s the lack of confidence within this ecosystem. “We need people who are innovators to talk to one another. People need a safe way to communication; a safe way to get mentoring; talk channels that are safe, reliable and truly helpful.”

In truth, there is no better person to bring XPRIZE to India than Tata. Her personal and professional journey in development work across the world makes her foray into XPRIZE only nature and fitting. Over 21 years, Tata has consistently worked with social organisations and not-for-profits in areas like programme design, management and business development. There are very few issues of import Tata hasn’t already delved into in some capacity be it water scarcity, climate change or child welfare.She was previously the Executive Director of International Development Enterprises (iDE), USA, an organisation set up to improve income for impoverished Asian and African farm families. Since 2010, Tata has been heading Zenia Tata Inc., a global consultancy service for social ventures, and in 2013, joined XPRIZE. Her work has taken her to over 20 countries across all continents, helping her garner diverse experiences.

This time, we get right into the details of what makes Zenia Tata Zenia Tata. For that, we need to go a few decades back.

“I was raised in Bombay. I went to Xavier’s College,” says Tata. Right from the very beginning, Tata had ambitions that in those days one would call unconventional. With unorthodox aspirations come the challenges of being a wild salmon against a ferociously orthodox current. “All your cousins and everybody in your family wanted to be engineers and doctors or lawyers or were getting married. And, to be somebody outside of the fray was difficult. My own passion was flying. I wanted to be an astronaut, frankly. I was told I didn’t have the aptitude for it, which I don’t believe at all,” says Tata pointedly.

“I got laughed at,” she says with a chuckle.

After her education in India, Tata, in proper Indian fashion, packed her bags to foray into foreign land. Through her college years in the US, she continued to volunteer for social organisations. It was a reflection of another legacy: her grandmother’s, who worked tirelessly to uplift poor families in the city’s slums.

“Something still didn’t feel right. I transitioned again to start a crisis centre in Colorado,” says Tata. “I wanted a whole new way of looking at the issue of crises. However, all through that I was still dissatisfied, feeling like something was missing in the way I was solving problems.”

That’s when entrepreneurship gave concrete solution to her dissatisfaction.

“I had a major shift in my career,” says Tata. “Something was wrong with our mindset!”

There was a creeping shame with which Tata realised those at the bottom of the socio-economic pyramid were not naive cases of charity that required perpetual assistance. “I realised I needed to stop thinking of them as receivers of charity, but as a market of discerning people who are able to engage as customers and clients. And, till today, we don’t have that mindset.

“I got back into global development work with iED in India, but dealing with people as stakeholders in the work that we do. I started a couple of enterprises globally; I failed a couple of them; had a lot of lessons on failure, and they weren’t delightful. I’ve raised a lot of money throughout my career. I’ve raised $85-90 million in different sectors for different things. Through XPrize, we’re really trying to make this equal-partner platform, and for me, that has been the real journey.

“Here is some way to take all the learnings of the past and make the change to create solutions that can truly go to scale and truly impact the lives of a billion people. I personally have a very audacious goal with XPRIZE.”

It’s a hard-fought satisfaction that took more than two decades to find. And, the struggle wasn’t imaginary. Simply being a woman gave Tata a different class of experience. “Oh! God! I really faced a lot challenges, because I am a woman. If I may be honest, it’s not just in India. In all other countries I’ve worked (even in the US now), I face certain challenges as an Indian woman. I come to India often, I fit right in, I know the language, but I face challenges here, too, unfortunately. For those who want to be different, I think our society in India is becoming a lot more forgiving, though. 20-25 years ago, it would have been extremely difficult to not be like everybody else.

“When you don’t fit in any of the moulds, especially women, it’s doubly difficult. I really don’t want to believe that.”

After more than 20 years of experience in helping people from more than 20 different countries and, now, leading XPRIZE in India, what does Tata have to say about the one lesson that reaps the best rewards?