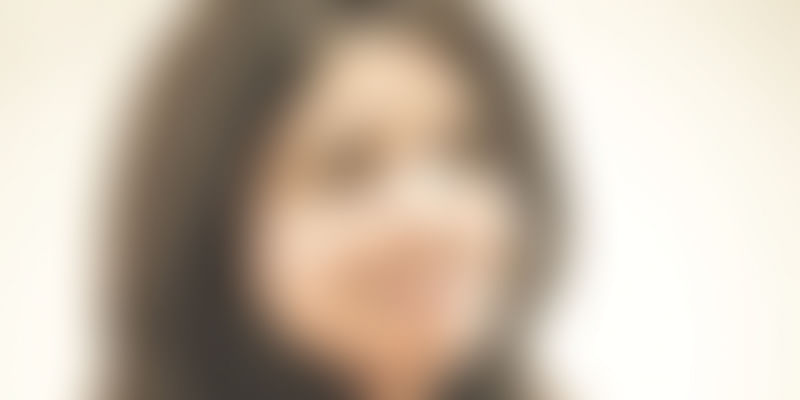 Change is necessary if you want to grow and challenges, I believe, are the harbingers of this change. Winning and losing have never been a part of my big picture, but challenges have always been my driving force. They are my greatest source of strength too. If it were not for these challenges I would be stuck in a rut, following the same old mundane routine and learning nothing new,

The idea of making Ittisa an all-girls firm struck her when she read Sheryl Sandberg’s book, ‘Lean In: Women, Work, and the Will to Lead’. “I had read only the first 30 pages of the book but the intriguing narration by the Facebook COO about new age women and their professional side of life took me on a memory trip through the seven years of my professional life in various startups. Her stories about how women take a back seat and face innumerable challenges in their work space touched me. I decided then and there that mine would be an all- girls firm and I have never looked back since.”

Sneh has always found the best performers to be women. “I can never accept that women are less competent or work less than men because as far as I can recollect, the best performers, right from my school days to the workplace, have .been women.” Sneh is enjoying every minute of the journey where she is constantly learning, unlearning and gaining experiences which she claims she wouldn’t trade for anything else. Here are some excerpts from her conversation with HerStory:

I grew up in Shimla. As a kid I was active and majorly into sports. I played national level badminton and secured gold in state level for table tennis and taekwondo. Sports had a strong influence on my life.

Sports have shaped my life for the better for they inculcate a sense of competition and help you deal with success and failure with a positive spirit. They also help to develop social skills, teach you to interact with people, communicate with them and collaborate as a team. Apart from all this, sports also fostered in me a sense of collective thinking and harnessed my planning and delegation skills; skills that are my strengths even today.

At the age of 19, I moved out of my comfort zone and moved to Bangalore to do an MBA. It was to be the turning point in my life for it led me to join a startup JobeeHive, while preparing for MBA. I was entering into a phase where I would learn a lot about the digital industry- what works and what doesn’t- through the many startups I worked for.”

Working for startups taught me how to adapt and move from one set of duties to another as the firm grew. This often meant mastering utterly new job skills, failing at them initially, and finally doing the new job well. Sometimes these failures could be terrible blows to the self esteem and confidence. But that doesn’t mean taking a job with a startup – even one that ultimately fails – won’t allow you to gain valuable experiences and skills to add to your profile.

Working for a start up involves a lot of risk and challenges are a norm. But I was attracted to challenges. Throughout this entire process, one thing that kept me going was my determination to succeed and a never-say-never attitude.

I firmly believe that what defines you ultimately is your attitude. Your talent and the right opportunities open the first few doors but your attitude opens the rest.

At 23, I co-founded a digital marketing firm, only to start all over again two years later by setting up my own digital media agency Ittisa.Biggest challenge

One of the biggest challenges came my way when I decided that Ittisa would be an all- woman firm. There were many who discouraged me. However, I stuck to my resolve and started Ittisa. Only eight months old and with just 10 girls onboard, we have as our clients some of the best names in various sectors.

Another challenge, if you may call it so, was the general lack of trust in young entrepreneurs in the business world. This mistrust further aggravates when the person concerned is a woman. But the resolve and the readiness to walk that extra mile has worked well for us. We started off by partnering with the biggest African conglomerate Mara Mentor, just one in our growing list of clients.

I wouldn’t say these were challenges that were thrown at me; rather, they were opportunities that I grabbed. I look forward to more such challenges because they further encourage me to put my best foot forward!

Just letting women work outside home does not mean that society treats men and women equally.

There is no denying the fact that the role of women in the workplace and society has changed over the past many years. World over, women are not only being recognised as successful entrepreneurs and professionals, some are even outperforming men. Despite these remarkable changes, women are still facing innumerable challenges at the workplace and in society, especially in traditionally male- dominated industries.

Lack of trust, unequal pay, lack of family support, sexual harassment, poor security are a few of the challenges that women encounter.

There is definitely a certain level of mistrust among the masses when it comes to women entrepreneurs. To add to it, societal conventions expect women to stay back, take care of family responsibilities while the husband goes for work. These are the factors that make it tough for women to come out in the open and live their dreams. These double standards that society nurtures are so deeply ingrained in our minds that we unknowingly and sometimes knowingly live with them.

However, gradually perceptions are changing. Nowadays you see more women taking up jobs and chasing their ambitions. Men too are getting out of their cloistered mindset and opening up to the fact that women are equally entitled to have a profession and live their life the way they wish. All said and done, the road to equality is long and winding but we are definitely on our way.