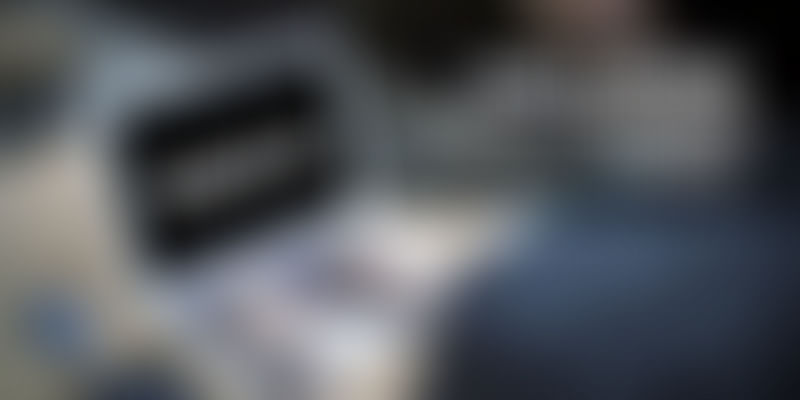 It's an online world; from groceries to education the internet is affecting every aspect of our lives. "Education is going online and we expect formal degrees to get obsolete in a few years from now. We already hear people saying that four years spent in learning android programming would have given better returns than four years studying engineering," says Gaurav Gupta, founder of Hackr.io, a community, where individuals can share and discover programming tutorials and courses online.

Instead of creating its own content, Hackr.io aggregates some of the best online courses and tutorials. "We intend to become a community (and maybe later a marketplace), where people can find, rate, up vote, and review the best places to learn anything that they would like to, irrespective of the content provider. Both, free and paid, content would be listed and ranked,"adds Gaurav.

After over eight years of experience in software development and having worked with organisations like Naukri and SlideShare, Gaurav started Hackr.io in March this year. "In today's world, technology is evolving fast and a developerhas to constantly learn and stay up-to-date. However, whenever I wanted to learn anything new and upgrade my skill-set, it was always a challenge to find the best tutorials and courses," adds Gaurav.

Gaurav explains that a Google or Youtube search would usually throw up the best SEO-optimised tutorials, not necessarily the ones with the best content, or the best style of explanation. Says he: “I realised that most developers like me had got into this bad and tedious habit of starting off from those results, spending a couple of hours trying each link, and then weeding out the bad ones.”

Gaurav feels that almost all the developers he knows have faced this problem at some time, and continue to do so. That is when he decided to build a community that lets developers submit, vote, and rank the best learning resources they find online. “Inspired by how community sites like ProductHunt, Reddit, StackOverflow and others work, we launched Hackr.io in the middle of March 2015," says Gaurav.

Interestingly, there have also been people who have believed in the idea from the beginning and have contributed towards Hackr.io unofficially. Citing an example how a friend helped spread the word, Gaurav says, "Misbah helped us spread the word about Hackr.io on nearly every social network on the internet and helped us get tremendous coverage all over the web when we launched. He is still very actively involved."

Gaurav believes that the complete cycle of building and launching a product (more commonly called as MVP) shouldn't take more than 48 hours. "The initial prototype of our product was built over a weekend, and we now get more than 10,000 page views per week. Before launching Hackr.io, we had built ClipPod (a Google Calendar collaboration plugin), which took us eight months to build and launch.But it did not get even one per cent of the traffic we are getting on Hackr.io today."

Our mantra is - Build it fast and ship it. If you get the right signals and see people genuinely excited about your idea, go for it with full throttle. Otherwise move on to something else. You're writing software, not building a car. You can perfect it even after it has been shipped.

As of March 13, Hackr.io was rated number one on ProductHunt and number one on Reddit by April 6. "ProductHunt listed us amongst the top 50 all-time most popular products on their website. With the huge amount of traffic coming in, we've been able to gather feedback about what our users would like to see on our website," adds Gaurav.

Apart from adding more resources and regular listings, Hackr.io is looking to become more social with notifications, comments, and gamification. "All of this will help us drive user engagement and retention," says Gaurav.

Hackr.io shares some resources with their sister concern SquareBoat (a product development company for startups) however, there are plans to branch Hackr.io out into a separate legal entity soon.