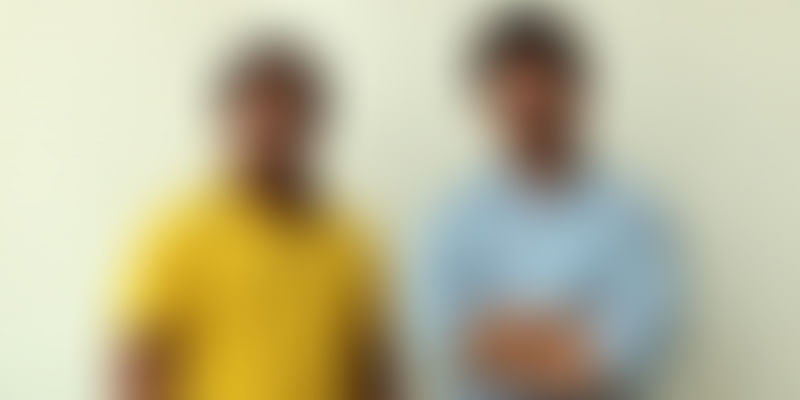 Those who have been the delighted recipients of hotel discounts from the last minute deals app HotelTonight, probably wondered why nobody came up with a similar app for restaurants. Ressy, a Pune-based startup, today, launched an app that does just that. Ressy, short for restaurant, is a restaurant discovery-cum-merchant discounts design app.

Though the two founders, Sagar Patil and Koustubh Rajepandhare, have known each other for over 15 years, this is their first startup together.

Koustubh has spent the last six years in the food and beverages industry, handling marketing and sales for various startups like TinyOwl, Groupon, and Dealsandyou.com. While Sagar has always been the techie innovator who had earlier launched a new media agency startup, called Masterworks in 2009. The company went on to get acquired by the international creative design agency, Multia, in 2013.

“The more time I spent in the F&B sector, the more I realised that the biggest unresolved problem was capacity planning for restaurants. We had to do something about it,” says Koustubh.

According to information shared by Ressy, most restaurants serve 60 to 70 per cent of their capacity every week, which amounts to a loss of almost 40 to 50 per cent per day. As most of a restaurant’s kitchen resources are purchased beforehand, even offering a 50 per cent discount on the food translates to a 25 per cent gain for them.

This loss was what the duo wanted to channelise into business proposition, and Ressy was born. “What if we could help restaurant owners design their own last minute deals to manage their capacities better, and display these awesome deals to customers?” says Sagar.

Ressy’s merchant-facing app helps restaurant owners provide real time discounts and offers to potential customers in their vicinity. A merchant can define how much discount he would like to give during weekdays or weekends, or for breakfast, lunch, or dinner using Ressy’s discount templates. Merchants are allowed to edit or stall open deals, change the maximum number of discount coupons visible to customers, and even plan deals in advance.

Ressy’s customer-facing app has two main features: it helps in the discovery of restaurants in specific areas (a functionality built using a Zomato API); and it displays deals that can give customers discounts between 15 to 60 per cent on nearby restaurants.

Presently, Ressy has tied up with 40 odd fine dining restaurants across some upbeat areas of Pune such as Kalyani Nagar, Koregaon Park, and Viman Nagar. “We’ve also integrated with Uber, just in case the customer needs a ride to the restaurant from his or her current location,” said Koustubh.

The startup has its customer retention sorted out. They give loyalty points (for every Rs 1000 spent, users get Rs 50 in Ressy points), which can be used to shop on Flipkart, buy movie tickets on bookmyshow, or pay phone bills.

The food and beverages service industry in India is approximately a $48 billion market, with Zomato dominating the restaurant discovery aspect, and FoodPanda dominating the food delivery function. “There are multiple other players in this space, but none that solely focus on last minute discount deals”, says Sagar.

The Ressy merchant app is already live on Google Play store, while the user app (for Android) to view discounts and deals was launched late last night.

The startup has been shortlisted to make a presentation at the LetsIgnite Startup Competition, initiated by the funding platform LesVenture, to be held in Bangalore today.

Ressy plans to onboard 500 plus restaurant owners and acquire 40,000 customers in Pune by September 2015. They hope to expand into 11 other cities in the next 18 months, adding over 5000 restaurants and 1 million users at the end of it.

The startup is looking to raise funds in the next few months to enable their scaling plans.