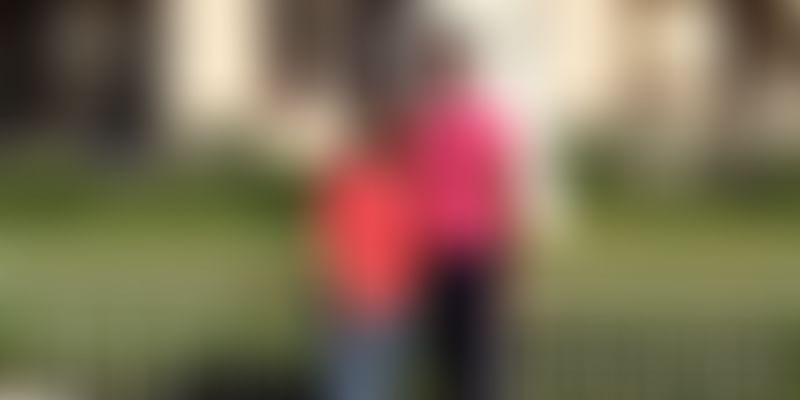 Atulit Chokhani and Srinidhi Chokhani, Founder and Co-founder respectively, of the tea brand The Tea Shelf, come from a family with a 150-year-old history in the tea business, including tea plantations, tea engineering, and tea packaging and exports. If this has been a key motivation to start their own production company, a trip to South African vineyards has been the kick that pushed them to action.

The sight of the lush pulpy lines of grape made them wonder whether wine is a more lucrative product than tea. Looking at trends in the tea market later, they realized that actually tea’s potential as an exclusive product is not inferior to others normally considered more prestigious like wine. “Tea is now being marketed as a coveted drink, not your regular chai stall – just like wine!” says Srinidhi.

She goes on to explain that,

clear examples of this trend are quite a few. Makaibari tea is sold at nearly Rs.1.5 lakh a kg to Japanese Emperors; Okayti tea is being sold for two-and-half times the price at a TWG store in Singapore; our own Garden Mark, Ananda bag, was being sold at 20 pounds/100 gms in Germany, nearly 10 times more than what we could supply online. Such tea are remarked and packed in various tea lounges and tea gourmet shops at twice the price at which we can supply.

The Tea Shelf wants to contribute in spreading the popularity of the beverage by creating awareness about its best tastes and quality. According to Srinidhi,

This is possible only through a shift from cooking tea to brewing tea, which is why we focus only on premium loose tea leaves. The flavor profile and quality of loose tea leaves are much more superior to dust in teabags.

The company sources handpicked tea from across India (particularly Assam, Darjeeling, Kangra, and Nilgiri, etc) in selected quantities “to make sure only the freshest tea reach the consumer,” explains Srinidhi, who proudly adds that they count on very professional assistance for tea selection. “We are being assisted by J Thomas India, the largest and oldest tea auctioneer of the world. J Thomas is the pioneers of tea tasting, and has helped the Indian government to showcase Indian tea worldwide.”

All our tesa are stored in a dehumidified environment when received, and packaged in consumer vacuum packs once the master cartons are opened. All teas are packed in 100gm pouches so a consumer has to open only a single pack at a time, keeping the tea fresh.

The team, which bootstrapped and plans to reach break even in the next three years, has reached 200 customers in India, the UK, USA, Russia, Germany, Australia, and Canada since January 2015. They have tied up with DHL for international shipments and Aramex for domestic shipments while for pin codes not catered by these companies they work with Indian Post. “We are also in talks with other companies such as Shipkart, Delhivery etc to optimize the logistics,” they add.

Delivery is important because the market is global. Srinidhi says,

Tea drinkers worldwide have recently become aware of the health benefits of tea, and you can see a changing trend from cooking tea to brewing tea. While the UK and Russia have been tea drinking nations since decades, USA is just turning from a coffee drinking nation to a tea drinking one.

Precisely for this reason, entrepreneurs who are entering the tea market are numerous. Chai Point, Teabox, Zepo, and Bonhomia are only a few of the many companies which are entering a billion dollar market. “The leaf tea segment which we are targeting is approximately 25 million kgs of tea. But the interesting fact is that these tea are possibly 10 times in value of the balance 98% of the tea,” says Srinidhi.

Others like Teasage have started on the same lines; however, when asked what makes The Tea Shelf different from other tea leaf companies, Srinidhi says that, “fresh tea, single estate (non-blended) tea, loose leaf (no tea bags), and premium Indian quality give us a unique touch.”

Learn more about the tea companies covered by YourStory: What do Salman Khan, startups and your grandmother have in common? A love for tea

The team reveals that since the idea was conceived, they learnt how to cope with challenges. “Every aspect has been a learning experience!” Srinidhi tells us,

The major challenge has been in delivering fresh tea to the consumers. However, we learnt that storing tea in correct dehumidified environment and having trained staff to know how to handle tea help to solve this problem.

She continues, “The next challenge that we face is pricing. A consumer tends to compare the prices to the price of pre-packaged tea! But we would like the quality of tea to speak for itself.”