Top 8 biographies every entrepreneur must read! 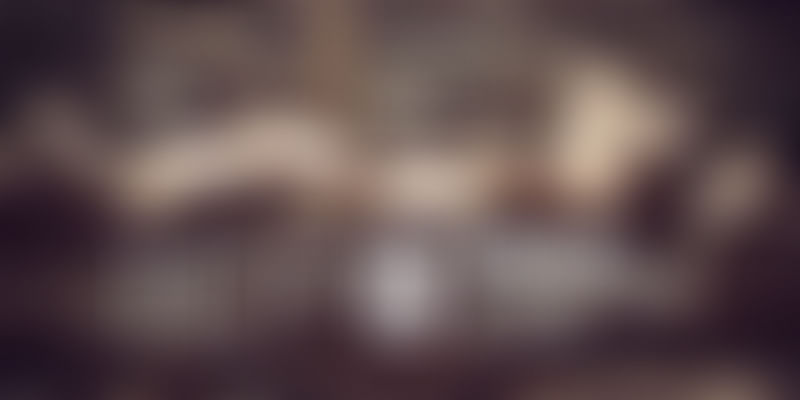 Every year, YourStory publishes a list of the Top 10 books for entrepreneurs (see our picks for 2014, 2013, 2012). Most of these are tips and case studies about innovation, management, leadership, growth, technology and investment.

Books are a terrific source of inspiration, a distillation of years of wisdom, a constant friend, a flight of the imagination, and also a guide to action. Reading is an important habit of leaders and innovators, and one of the most important gifts parents and teachers can give to the young (see my pick of 85 quotes on the joy of books and reading).

In this list, we focus on a different kind of book: inspiring biographies of innovators, business champions and thought leaders. These books go beyond chronologies of activities and achievements, and yield insights into personal and professional ethics, qualities and worldviews.

Walter Isaacson has been chairman of CNN and managing editor of ‘Time’ magazine. The book on legendary innovator and Apple CEO Steve Jobs is based on more than 40 interviews with Jobs conducted over two years—as well as interviews with more than 100 family members, friends, adversaries, competitors and colleagues.

New related read: ‘Elon Musk: Tesla, SpaceX, and the Quest for a Fantastic Future,’ by Ashlee Vance. Also check out ‘Just for Fun: The Story of an Accidental Revolutionary’ by Linus Torvalds, and ‘Tim Berners-Lee: Inventor of the World Wide Web’ by Stephanie Sammartino McPherson.

2. ‘The Everything Store: Jeff Bezos and the Age of Amazon’ by Brad Stone

Brad Stone has written for ‘Newsweek’, ‘New York Times’ and ‘Bloomberg’. The book captures the tenacious spirit and disruptive innovations of Jeff Bezos and Amazon, who have transformed and accelerated entire industries via e-commerce and cloud computing.

Related reads: ‘In the Plex: How Google Thinks, Works, and Shapes Our Lives,’ by Steven Levy and ‘Sam Walton: Made In America’ by Sam Walton. See also ‘Made in Japan: Akio Morita and Sony,’ by Akio Morita, and ‘Driving Honda: Inside the World's Most Innovative Car Company’ by Jeffrey Rothfeder.

3. ‘The Snowball: Warren Buffett and the Business of Life’ by Alice Schroeder

Alice Schroeder was an analyst, writer and managing director at Morgan Stanley. Entrepreneurship is as much about creativity as wealth management, and Warren Buffet is a legend in the world of investment. The book provides insights into the genius behind Berkshire Hathaway.

4. ‘The Facebook Effect: The Real Inside Story of Mark Zuckerberg and the World's Fastest Growing Company’ by David Kirkpatrick

5. ‘C.K. Prahalad: The Mind of the Futurist’ by Benedict Paramanand

Benedict Paramanand is Bengaluru-based editor of ‘Management Next’ magazine. The book provides insights into the life and leadership of the late great C.K. Prahalad, widely recognised as one of the world’s 10 most influential management gurus (see my book review). India-born Prahalad is known for his thought leadership and practice on core competency, co-creation and entrepreneurship at the bottom of the pyramid (BoP).

6. ‘Oprah: A Biography’ by Kitty Kelley

Kitty Kelley is winner of the Outstanding Author Award from the American Society of Journalists and Authors. Her book on Oprah Winfrey profiles the woman and activist behind one of the most successful TV shows which took storytelling to new frontiers.

7. ‘The Wizard of Menlo Park: How Thomas Alva Edison Invented the Modern World’ by Randall Stross

Randall Stross is a technology historian and author of books such as ‘The Microsoft Way’ and ‘Planet Google,’ as well as a recent title on Y Combinator. The book captures insights into the technology prowess and marketing skills of legendary inventor Thomas Edison.

Related reads: ‘How They Started Digital’ by David Lester (see my book review), and the series of books by Rashmi Bansal: ‘I Have a Dream,’ ‘Take Me Home’ and ‘Follow Every Rainbow.’ Also check out ‘How to Change the World: Social Entrepreneurs and the Power of New Ideas,’ by David Bornstein and ‘The Boy Who Harnessed the Wind’ by William Kamkwamba and Bryan Mealer.

Do let us know if you have other biographies that you would recommend for our entrepreneurs! Also check out YourStory’s pocketbook ‘Proverbs and Quotes for Entrepreneurs: A World of Inspiration for Startups,’ accessible as apps for Apple and Android devices.