Mind of the futurist: insights on business guru CK Prahalad’s life and leadership 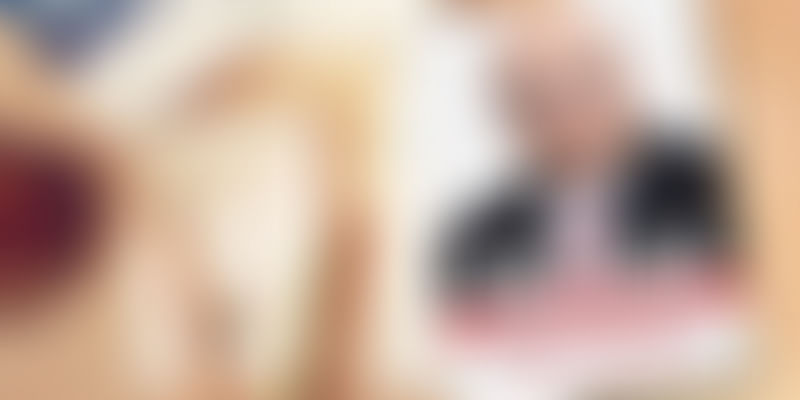 In an earlier post, we shared 35 inspiring quotes by the late great business guru C.K.Prahalad (1941 – 2010). We now share insights into his life and work from the book ‘C.K. Prahalad: The Mind of the Futurist’ by Benedict Paramanand, Bengaluru-based editor of Management Next magazine.

The 147-page book describes Prahalad's attitude towards life and the influence he had on international and Indian business. The introductory chapter of the book is also accessible as a free PDF (download here).

Prahalad, the ninth of 11 children, grew up in Coimbatore and finished his schooling and college in Chennai. He was deeply moved by the poverty he saw around him, a fact which he communicated to his own children later in life; the seeds of his work on the economics of poverty were probably sown during these formative years.

He worked at Union Carbide and displayed his skills in bridging unions and management teams, and then joined the newly formed IIM Ahmedabad. He worked for Indian Pistons, and subsequently discovered the joy of teaching at IIT Madras and the All India Management Association.

Prahalad and his wife both moved to the US and graduated from Harvard, but his move back to India during the 1970s was not a fruitful experience due to the Emergency period. He relocated to the University of Michigan, with plans of devoting himself to management, education and consulting. Prahalad would often think of where he would want to be 20 years ahead, and then ‘fold the future in’ to present-day activities.

He inculcated the spirit of excellence and national pride in his children as well, and his family members and colleagues fondly recall his dedication to work and his ability to talk to everyone -- including junior faculty, janitors and taxi drivers.

Prahalad was a dedicated teacher, and would prepare material afresh each semester and do all the student grading himself. He would consistently win best teacher awards, and even unregistered students would sit in on his classes. Prahalad was regarded as a ‘creative contrarian,’ urging people to tap the bright ideas emerging from the customers businesses were meant to serve.

His profound influence is deeply acknowledged by his outstanding students, such as Rama Bijapurkar, marketing guru and author of ‘A Never-Before World’ (see my interview and book review). Prahalad was able to make big-picture connections and drill down to their impact on organisational strategy and values. He was a futurist who also believed in making a difference to the world today, starting with the basics of observing, talking and writing.

Prahalad’s advice to managers was to invest in developing leadership, be humble and fair, and balance compassion with achievement. His publishing and consulting track record covered a range of topics: dominant logic; strategic intent, stretch and leverage; core competencies; inclusive development via collaborative entrepreneurship with people at the ‘bottom of the pyramid’ (BoP); and co-creation and sustainability in innovation involving MNCs as well as emerging economies.

Prahalad helped turn around the electronics giant Philips, and also highlighted the work of Indian companies like ITC, Hindustan Lever and Aravind Eye Hospital. He deeply influenced a sizable number of global and Indian entrepreneurs, business leaders and senior executives from 1980 to 2010, a period of dramatic political, technological, economic and social change around the world.

The chapter titled ‘Indian CEOs – Turning Sheep into Tigers’ describes Prahalad’s annual CEO Forums, which began in Bangalore in 1994 and ended in Mumbai in 2009. Business leaders described these sessions as “locker rooms where Prahalad reprimanded, inspired and led hundreds of Indian business leaders to dream big and act big.” From his unique vantage point, he could chart the gaps, strengths and roadmaps of Indian companies on the global chessboard.

The forums were apparently triggered off because of a Delhi event in 1989, where Prahalad asked a group he was addressing if they believed India had the potential to become a global economic power by 2000. Only one hand went up: the hand of the German ambassador to India. “How can India get to be in a unique league of nations with US, Europe, Japan, China for creating a new world economic order?” wondered Prahalad, and launched a series of forums, talks, papers, books, consultations and mentoring sessions.

Prahalad may well be a key architect of the transformation of Indian business from protection-seeking outfits, terrified of global competition, to respected global players, says Paramanand. Prahalad also inspired Indian manufacturers to focus on innovation and high-end manufacturing, and not be stuck at the low end or be intimidated by China. This transformation would have to be accompanied by an increase in quality, governance and business ethics.

“Pride in the idea of India as a nation was dear to CK and he would politely dismiss those who didn’t share his belief,” observes Pramanand. Prahalad was also inspired by the rise of Japan and South Korea, and their sense of destiny and ability to focus.

He acted as a provocateur to India’s IT and services industry, prodding and inspiring them to focus not on cost-based pricing but value-minus pricing. Create your own markets, develop domain knowledge, set the highest ethical standards, and join forces to compete as a nation, he advised. Prahalad also spotted lucrative opportunities for India’s IT and automotive sectors to work together in a ‘killer combo.’

Prahalad regarded entrepreneurs as India’s new freedom fighters and believed that only they could minimise the curse of abject poverty. “Indians may be poor, but they are not backward,” said Prahalad.

“India is a country where universality and inclusiveness are widely practised. We have one of the best advantages very few countries have, including China. If we can learn to live in peace, if we can accommodate each other, then we can build a model for the world on how to cope with diversity. That is our opportunity,” Prahalad said.

If Prahalad were alive today, he would have been appalled at the mis-management of the economy and the abysmal governance standards, says Pramanand. “We need to deal with corruption head on. If you don’t, you cannot have a widespread entrepreneurial culture. Corruption must be treated as treason against the nation,” said Prahalad in one of his well known speeches.

His visions for India after 75 years of independence include 500 million quality technicians, India as home for 30 of the Fortune 500 firms, a share of 10 per cent of global trade, and much less poverty and ecological damage. India could have 500 world class cities and ten Nobel Prize winners by 2022 – if it gets the vision and execution right.

In sum, the book provides an inspiring view into the life, dedication and wisdom of C.K. Prahalad, and celebrates his passion and commitment to a better world for us all. It would be fitting to end this review with some of the tributes paid to Prahalad by business captains and thought leaders from around the world, including Anand Mahindra, Ratan Tata, Adi Godrej, Paul Polman of Unilever and Bill Nuti of NCR Corp.

“The fire that CK left continues to burn in each of us.” - Sanjay Reddy, GVK Group

“He made business leaders think big, imagine the impossible and chase it as if it was no big deal.” – Sridhar Mitta, Next Wealth Entrepreneurs

“CK’s faith in Indian manufacturing was honey to my ears.” – B.Muthuraman, Tata Steel

“Looking back, he was asking midgets to behave like giants. Today, many of the very same midgets have transformed themselves into giants.” – Subroto Bagchi, Mindtree

“While most management gurus asked everyone to think out of the box and then tried to fit them into theirs, CK helped business leaders build their own box.” - Ratan Tata