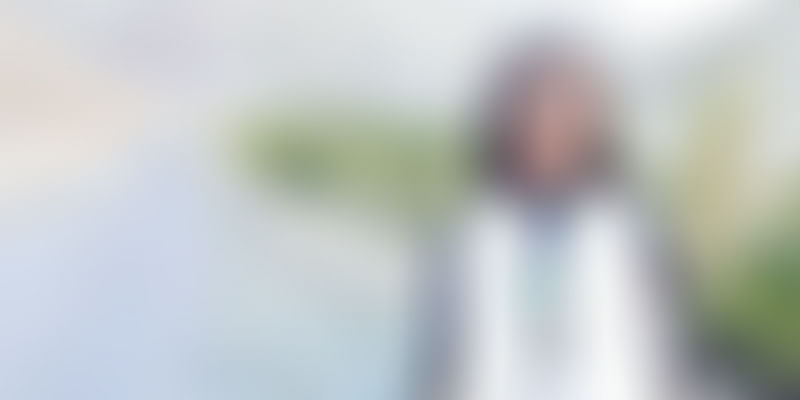 The sheer determination to do something different was the driving force behind this young Ladakhi woman – Thinlas Chorol, the Founder of Ladakhi Women’s Travel Company (LWTC). Her outfit has the distinction of having an all-women trekking guides team. No wonder then that she was one of the nominees at the Femina Awards 2015 in the entrepreneur section, held earlier this year.

Born in a traditional Ladakhi farming family, Thinlas grew up taking care of the fields and animals, along with her siblings. Not sure if that was a challenge back then, she says it clearly taught her hard work. The youngest of six children, she lost her mother very early in life. Her father later remarried and had another two children. So Thinlas grew up with seven siblings around her.

It was a turning point in her life when she got accepted to SECMOL’s (Students’ Educational and Cultural Movement of Ladakh) Alternative Institute, after finishing high school. While at SECMOL, she went on trekking expeditions regularly. Recalls Thinlas: “It was here that I first started trekking and enjoying it a lot. On one of my early treks, the villagers spoke to me in English assuming that I was a foreigner. The very thought of a local being a trekker never crossed their minds!”

Armed with her expertise, Thinlas tried to find work as a guide with some of the local trekking companies but was rejected because of her gender. In 2004, she joined SECMOL’s travel agency, ‘Around Ladakh with Students’. Though there were women working in that group, their job was restricted to being guides for monastery and cultural tours.

The fact that there was little opportunity for women in the Ladakhi trekking industry was the key motivating factor behind LWTC. The idea also came about as an opportunity for assisting lone women trekkers, who would be uncomfortable with male guides. “This along with helping women get started in the trekking industry was enough of a motivation for me to start the company,” says Thinlas.

They started with a staff of just a handful – Thinlas, an office manager, two other guides, and a few porters. Now LWTC boasts of over 20 employees. “I started LWTC to create a different model. I didn’t know we would be this successful so soon,” says Thinlas.

Says a visibly proud entrepreneur on her successful venture:

Today I feel responsible for many of the young women working at LWTC. Some of them joined us many years back, when our success was not at all guaranteed. I really appreciate that.

The gender inequality in the profession continues to bother Thinlas: “We are just one agency whereas there are several hundred that are male-owned. Outside of LWTC, there are still few female trekking

guides. I don’t know the exact numbers, but against the 400-odd men working in this industry only 25-odd of them are women.”In her early years as a professional guide, Thinlas worked as a freelancer, and when out on the trek she would run into Ladakhi women who wanted to accompany her to learn the basics of being guides. She being a freelancer then could not take them along. But she realised that a demand existed for women guides.

So she decided to get into the business of trekking. “Before starting LWTC, I had already worked in the industry for several years, and knew it inside out. The rest was just a matter of connecting the dots. For the launch the company, I needed little money. I had some saving and the rest I borrowed from family, which was not a lot,” says Thinlas.

In Ladakh, homestays are mostly managed by women, as the men in the family are away in the cities to earn money. LWTC takes guests from other countries to remote villages, where the local women are exposed to new cultures and people, and also get to earn some money.

In 2014, Thinlas co-founded the ‘Ladakhi Women’s Welfare Network’ and was its first president. This was a forum to ensure the welfare of women.

Thinlas association with Leh goes back to her higher secondary education days. “I have spent more time in Leh than in my village, because I run the company in this city. Given a chance, I would want to be in Takmachik as I still belong to my father’s home there,” says Thinlas on a nostalgic note.