Young and ambitious, Nisha Natarajan on the rigmaroles of starting up in fashion 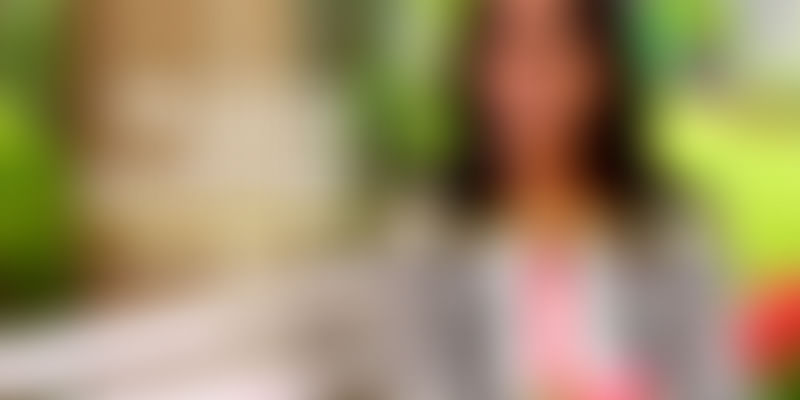 In the hot and sweaty district of Buldhana, Maharashtra, 200 farmers pick cotton bolls from their stems. Bales of cotton are ginned, carded, weaved. From boll to bale to mills, cotton goes through a bumpy journey. “Most conventional mills are located very far from where cotton is primarily grown,” says Nisha Natarajan, founder of Zariya, a bespoke clothing label. “Before making the yarn, you have to strengthen the fibres, because of all the damage caused during transport. Otherwise, it loses its natural texture.” And that’s not all; because of the large middlemen industry that operates between producer and consumer in India, by the time fabric reaches the last hand, only a small and insignificant amount of money goes back to the farmer. So Nisha began working as a business developer for Microspin, a startup, founded by Kannan Lakshminarayan, that sets up units to help farmers weave quality fabric or spin yarn, with the help of its patented technology, at source. But that’s not where Zariya began either. For that, we need to go six years back.

“I used to do a lot of designing work for friends and family, handling their trousseau. I never thought of it as a business back then,” says Nisha, who studied Hotel Management in Christ University, Bangalore. “I worked in the industry, in Cochin, for a few years before moving back to Bangalore. I worked for Amazon for a year, and I realised this was a dead-end job for me.” In what is the most ambiguous and unavailing advice friends ever give friends, Nisha was asked to ‘do something you love.’ “How do you do that?” says Nisha. “I love a lot of things, and how do I make money out of it?”

In 2013, Nisha designed wedding dresses for a friend, and it struck her: “This is something I can do. And I knew people in the industry.” Two years ago, she started with two kaarigars (artisans) from Surat, a master tailor and an assistant tailor. In that year, Zariya produced two collections of Nisha’s personal designs in mostly silk. It was the start of something new, and she was determined to make it socially responsible.

A few months ago, when Nisha visited a Microspin facility, she met the son of a farmer who’d committed suicide after a loss of crops and the burthening pressure of loans. “He was in Pune working as a construction worker until his mother called him, after Microspin set its units. Seven months after he joined, he bought a Kinetic Luna on loan. I saw how much of a difference Microspin made to him. Maybe a Luna is not a big thing for us, but to him, it was a new life. When I told him I made bridalwear, he said, ‘So you must be doing fancy things!’ I said I didn’t sell it to fancy people, just a small circle of people. He said, ‘If Aishwarya Rai wears our fabric, you know how happy we’d feel? We’ll put a cut-out of her in the farm.’ That’s when I realised I was his outlet to reach something glamourous.”

“There’s no point getting into mass-produced clothing when there are already big players doing it. I got this idea of making festive wear with fabrics woven in Buldhana. Everytime I buy fabric from farmers, 10 per cent of the sales from Zariya go back to Microspin. The whole point of buying fabric from them is because it supports and trains farmers. ” That’s where Farm to Fashion, Nisha’s campaign, begins. “I’m making designerwear from fabrics farmers weave themselves. There’s this idea that if it’s cotton, it should be economical. But I don’t want to make another FabIndia or Westside. And there’s no point in cutting the middlemen if you’re going to give fabric away at throwaway prices.” And this year, at the 13th Bangalore Fashion Week, Nisha will launch her brand, Zariya, officially. It’s an exciting time in the journey of a very young creative entrepreneur, but one with its own challenges and processes of re-education.

“When I worked in hotels, I realised what I learnt in college was bulls**t. I think it’s the same for many industries. It did play on my mind that I didn’t have a degree in fashion designing, nor was I professionally trained. How am I going to compete with people who have degrees, and come with years of experience? Slowly, when I started, I learnt the entire procedure, about pattern-making, stitching, harvesting, carding and weaving. I’ve learnt it seeing people do it firsthand. I would never say I’m completely a professional. But because I’m so interested, I’ve been hands-on. Now, I’m finally launching my brand,” says a beaming Nisha. Eventually, she plans to get a website up and running to sell her collections online, through other e-commerce platforms and, maybe, even retail them. In the distant future, Nisha sees a brick-and-mortar shop to house her work. “It’s part of the dream,” she says. “But, in the next few years, I have to be more practical. My priority is launching the brand. I’ll be looking at getting out collections every three months with 30-40 designs per collection. I’m looking for investors, but there are a lot of people who’re sceptical. They say it’s cotton. I’m pricing it too high. At the end of the day, there’s no price you can put on manual labour. From farming, they’ve come to weaving. It’s hard work and valuable fabric, so we need to come out of this notion that all cotton should be cheap.”

Most of Nisha’s older silk collections are already sold out. Her new tryst with cotton is both expensive and ambitious. “When you’re getting bulk orders for 10,000 metres, there’s no point in making a farmer work 10 times harder on handlooms for very little money. It works out better with powerlooms.” It leaves room open for premium products, like Nisha’s, to be made from handloom. “You can make out the difference between them. Those little flaws that make handwoven fabric – I love to work with that. It’s rough and rustic. There’s a whole segment of buyers ready to buy fashionable garments made from handwoven fabric.”

By far, Nisha’s greatest challenge, as a founder, is handling manual labour. It was also her greatest learning experience, one that many entrepreneurs take a very long time to learn, and some never do. “They won’t turn up for work,” admits Nisha. It could be a birth in the family back home in a remote village, an obscure festival or a pooja. “It’s difficult for them to understand my priorities. They say, ‘This is our life. These are our priorities.'” Nisha’s first master tailor left Bangalore to go back to Mysore. For two months, he was unreachable, until she received news of his child’s birth. “I said we’ll make provisions for your wife and baby.” But he, in turn, rebuffed her offer saying he wasn’t going to bring his wife and newborn all the way to a new city. It was impractical. “These are things I had to understand – I have to be sensitive. This is their background; this is where they come from. I’ve finally settled with a team I can work with, but I still have these problems. They know there’s something huge coming up in July, so there’s commitment now.” Having never worked in an organised sector, bereft of education and belonging to poor villages, Nisha felt it was unfair for her to expect them to relate to the way she wanted her business run. “It’s far easier to adapt to their needs. I’ve realised that.”

Still, not many kaarigars take kindly to being ordered by a woman. Like any handicrafts profession, this profession, too, is stubbornly male-dominated. “They’re not supportive of their wives coming to work,” smiles Nisha. “So they don’t like it when other women join them. My own kaarigars have issues, sometimes, with me telling them what I want. They’ll says they’ve been doing it there way for years; people like it; people buy it.” Set in their ways, resistant to change and ill-equipped to deal with modern business practices, it takes tact, patience and understanding to wean them off their pertinacity to do it the old, tried and tested way. “I’m younger. I’m a girl. I’m trying to change their way of working to my way of working, so sometimes they don’t take me seriously. Sometimes you have to get strict. I needed to learn where to draw the line and put my foot down.”

And what’s the biggest hurdle to starting your own business? “Laziness,” says Nisha with a laugh. “There’s a tendency to take it easy, because you run everything, but suddenly you realise you have deadlines and clients to answer to. Working for yourself is the most difficult thing, especially when there are people whose livelihoods depend on you!” But it’s work that Nisha loves doing, and work that ensures her that the people who help clothe her clients receive their due.