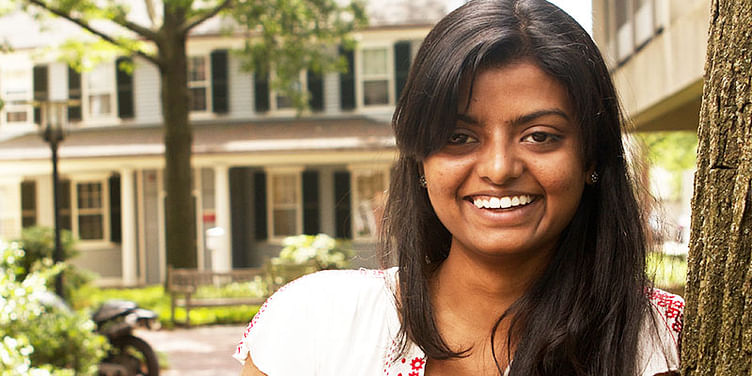 In this day and age –with all the information children have access to — wouldn’t it be sad if the only thing that interested them were cartoons and exam related subjects? Mydhili Bayyapunedi, an educationist, realized that news and current affairs needed to be made more interesting if the news reading habit had to be inculcated in children.

Mydhili was always interested in revolutionizing the education space in India. After she graduated from the Harvard University - Graduate School of Education, in 2011, she spent most of her time working for a number of education startups in India. Meanwhile, she even completed another master’s degree in applied psychology from Annamalai University.

“The coolest thing about my job at the startups I worked was that I spent a lot of time observing kids and how their computational abilities developed via technology. I wanted to understand how to excite kids with all the information available,” said Mydhili.

“I was reading the news with my 10-year-old neighbor and she was asking me logical questions about the news items. To answer her questions in a simple way, I looked for resources and child-friendly news publishers, but I realized that they were all scattered across the globe,” she said.

She was looking for a one-stop online platform that used technology to curate relevant content for children. There was only one other publisher doing something similar to what she wanted to build –NewsEla.com, a four-year-old New York-based company that had a team of writers, who published content on the platform.

Mydhili said she wanted something very different, and knew she would need to use technology to make the experience more interesting and hassle-free for her target users– usually children and their parents.

And thus, YoungCurrent.com was born in January 2014.

YoungCurrent is an online platform that integrates a learning experience with news articles for children. The website currently curates child-friendly news from around 15 different publishers and categorizes them under five categories: social studies; science; technology; sports and health; and arts and entertainment.

“Once the child logs into its account, we test the level of the child’s readability and grade him or her accordingly. After the initial grading, we push content suited to their grade. This is called adaptive learning in education,” adds Mydhili.

YoungCurrent also enables children to tap on difficult words and learn their meanings contextually. They can practice and test themselves on the vocabulary they learn via the news articles and receive weekly reports of their progress and performance.

The website publishes about 15 to 20 articles everyday, while the grade of the article is determined by an algorithm that considers various criteria like number of words or sentences in the item, complexity of the words and topic complexity.

YoungCurrent, which was initially incubated as part of the Startup Chile program early this year, has also been to join Google Launchpad for Startups and NASSCOM’s 10,000 Startups Warehouse later this year.

The startup now has more than 70 users across India, USA and Chile, and plans to start scaling soon.

According to Mydhili, the target market of YoungCurrent are children aged between eight and 16 years, speaking English as a first, second or third language, with access to a smartphone or tablet, and would like to build their vocabulary and/or keep abreast of current affairs.

The rough estimate of this population that fits the criteria is approximately 375million, while the market size for this sort of education product is around 150 million, she says.

“We will soon integrate more fun features in the learning experience side of it, and probably add context blurbs etc. to make the news reading experience more efficient for children,” she added.