Is Chandigarh all set to become the next startup hub? 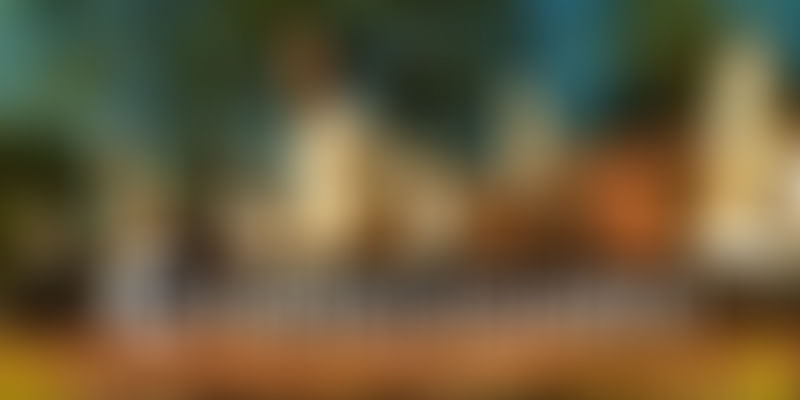 While the ‘Silicon Valley of India’, Bengaluru, is spearheading the growth of the startup ecosystem in the country, there are smaller ‘Valleys’ coming up in different parts of the country. Chandigarh, ‘The City Beautiful’, is certainly one of the most promising.

The city which was the first post-independence planned city in the country, boasts of a well-defined infrastructure and an efficient administration. Roads are wide, the traffic is rather well managed, and there is functional air connectivity with all major cities. The quality of life in Chandigarh is one of the best in the country with scenic mountains just a few hours away for a weekend getaway.

Chandigarh boasts of an emerging IT Park, and along with its sister cities - Mohali and Panchkula (together known as Tricity) - is home to some major multinational corporations like Quark, Infosys, Dell, IBM, and TechMahindra. Having already the attention of the Software and IT services companies, the startup brigade might also be interested in setting up a strong base in Chandigarh.

Chandigarh has had a long association with entrepreneurship (interestingly, the Bansals of Flipkart fame belong to the city and were recently seen in a TV Interview at their alma mater). India’s first private sector startup accelerator ‘Morpheus’ was based out of the city and had incubated around 80 odd startups, including CommonFloor, Practo, and Akosha, till it shut its accelerator program last year. ‘The Hatch’ (now defunct) founded by Puneet Vatsayan was another incubator that grew out of Chandigarh.

Chandigarh is in close proximity to Haryana, Punjab and Himachal Pradesh and attracts a lot of talent from these states. The availability of a large number of motivated and talented people ready to take up new roles and responsibilities is one of the biggest advantages that the city provides.

The city is also an education hub of the region. The presence of multiple educational institutions in and around the city also ensures constant supply of skilled manpower. Traditionally, talented youth and startup folks from the region ended up moving to Delhi, Bengaluru and Mumbai for better opportunities. However, as the eco-system of the region improves and the over-crowded metros are no longer attractive, the amount of talent leaving the region has started dwindling, and a lot of professionals have started to move back as well. A lot of entrepreneurs in the region believe that this trend will continue to improve.

On being asked why he chose to startup in Chandigarh, Kunal Nandwani, Founder of uTrade Solutions, a financial trading technology startup, says, “I am originally from Chandigarh. I started from my parents’ house to keep the cost of setup low. I also wanted to live close to my family. Besides, Chandigarh offers the best ‘quality of life’ in India. There was ample fresh talent available and a considerable number of experienced candidates were willing to come back after having worked in Tier 1 cities, as their homes were also in and around Chandigarh (across Haryana, Punjab, Himachal, etc.).”

Samar Singla, CEO of Click-Labs and Founder of Jugnoo, says, “Chandigarh is without doubt one of best cities to live in - so there are a lot of people working in the metros who are willing to come back to Chandigarh and settle here. There are many who want to get away ‘from the crowded life’ in the bigger cities.”

Kunal Nandwani further states that, “Tier 2and 3 cities like Chandigarh are very pragmatic for startups where entrepreneurs may have their roots or family connections. All such cities have decent educational institutions from where the talent may be sourced, localities keen to live near their home towns are likely to stick around longer, competition from larger firms during hiring is lower, quality of life is better (lesser traffic, etc.), and there is ample infrastructure available to remain connected to the rest of the world. Marketing and sales teams can always travel around, or be based closer to client locations. The world is flat from a technology development standpoint- companies like Google, Microsoft, and others have proved that with their development centres across the world, including India. So Tier 2 cities are definitely good, low cost choices. At uTrade, we have clients in over 10 countries, and three major cities in India; clearly we cannot have offices everywhere. Even if we are in a Tier 1 city like Mumbai or Delhi, we have to run various functions remotely and travel to client locations, and have local client-facing people in different locations depending upon business size. So Chandigarh works best for us.”

On the point of the potential of Tier 2 and3 cities becoming startup hubs, Kunal says, “The access to talent is limited in Tier 2 and3 cities, but attrition in is also lower in the long term. Our clients and investors are in Tier 1 cities, but we travelled to these locations and convinced them to partner with us. The cost of infrastructure may be a little higher (internet for example) but that’s acceptable in the grand scheme of things, as the office rentals, etc. are lower. Attrition is lower, quality of life is better. You waste less time in traffic, compared to Bangalore / Mumbai and you can save 1-4 hours a day that can be used for achieving a greater work-life balance, leaving team members to be more satisfied.”

The tricity area is also home to a customer base which is maturing at a fast pace and is willing to try new ideas and concepts. Samar Singla, on this point says ‘…but you can still vet the traction in Chandigarh for your target segment, which is the same as you will find in Delhi or Bangalore…metro cities have already become so crowded in terms of startups that you can't actually test your product and see the traction in its truest sense. People have already become overloaded with information on so many startups.”

However, while the target segment is similar to the metros, it is still small, and many entrepreneurs find it hard to convince customers to try their services. Siddhanth, who runs an online grocery shopping startup, Soulbowl, says, “...there are virtually no corporates here in Chandigarh to speak off. Customers are not very inclined to shop online as they have a lot of time on their hands due to the conveniences that Chandigarh offers, and prefer going out to shop. It’s a big challenge convincing the customers that they will get the same quality and product at their doorstep at the same price, anytime they want.”

On the point of issues faced while working in the city, Samar comments, “One of the major issues I have faced is that despite having a great product, which everyone loves, there are still a lot of people who don't join because of us not being located in a metro city. But the people who do tend to stay longer - so yes, it is both a good and a bad thing. Apart from that, scale, in terms of the numbers you can achieve, is a little less due to the population though it still helps to get the product tested and refined, after which it is very easy to take the product to a metro city and move ahead of the competition.”

Alankar Narula who runs a legal services startup, thesuits.in says “Every city has its own benefits and its drawbacks, but Chandigarh, in a way is nice, because its benefits outweigh the drawbacks. Starting a new business is not really a difficult task in the city because of the availability of resources and easy access to each and every place in the city.”

Clearly, Chandigarh has a lot of potential of becoming the next startup hub of the country, but it will take some time for it to be able to tangibly challenge the benefits provided by the metros. It will be interesting to track the progress till then, considering that the journey seems to have already begun.

There are already multiple service/product startups that have lent validation to this theory. GrayCell Technologies, uTrade Solutions, Jugnoo, Click-Labs, Exito Gourmet, Pick Meals , and Yuvshaala are some of the most interesting startups operating from the city currently.

Apart from these, here are a few more promising startups that have been launched in the city in the past 3 months:

BulBul is a beauty services on-demand startup launched in April, 2015, by Sahil Bansal. It was started, keeping in mind the importance of developing a well-groomed personality. It offers beauty care and services to working ladies and housewives, at a reasonable cost, within the comfort of their own home. Professional beauty services and treatments offered by BulBul are delivered by experienced beauty professionals and makeover artists using high quality products and brands. It has more than 1000 regular users already.

Bistro Offers is a restaurant loyalty platform being incubated at Click-Labs. It lets users get the best out of their favourite restaurants by offering them special and exclusive deals on their Smartphone - without the hassle of searching for or buying coupons. Users can go to a restaurant and redeem an offer straight out of the Bistro Offers App. This helps restaurants in increasing customer loyalty while providing an incentive to customers to keep coming back.

Bistro Offers plans to expand into other restaurant related domains so that it can become a one-stop shop for every foodie - be it looking at a restaurant’s menu, ordering at home or before reaching a restaurant, posting reviews, or even paying the bill.

Soulbowl is very similar to BigBasket.com, operating out of Chandigarh. It was started in the March, 2015,by Siddhant Das with a mission to make online shopping of groceries simple, fast, and efficient, while assuring good quality and customer service at the same time. It aims to be a marketplace for retailers. At present, it is the tricity's largest e- commerce company with over 8000 products on its platform. There are 5 convenient delivery time slots which the customer can choose from between 10 am to 8 pm. They have been receiving a good number of repeat customers and seem to be growing at a fast pace.