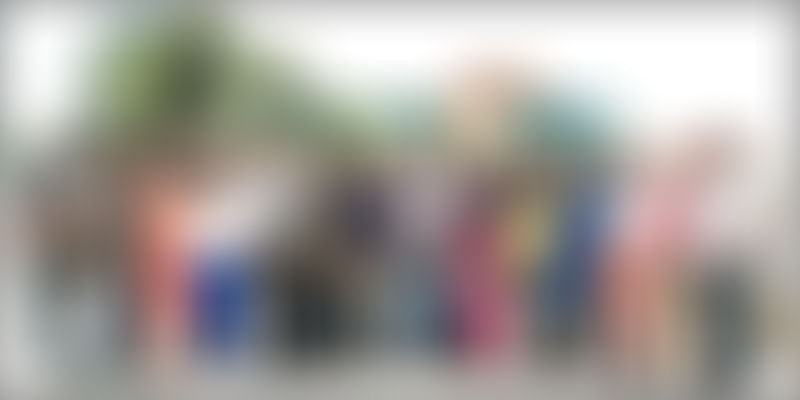 We are spoilt for choice, whether in fashion, home decor or even groceries and consumer durables. There are different marketplaces and websites for everything. In this world of e-commerce and online marketplaces, icustommadeit aims to bring in unique customised creations from professionals across the globe.

“With the growing need for custom-made products, we at icustommadeit aim to provide a platform that bridges the gap between creators, manufacturers and shoppers,” says Raj Iyer, CMD and Founder, icustommadeit.

The market for online marketplaces

Studies say that an online shopper’s average spending will rise by 67 per cent by the end of the year. In 2014, close to 40 million consumers purchased something online. Raj says that, at its core, the online space is a dialogue between the buyer and the creator that is designed on a vertical marketplace model. Reports suggest that the e-commerce industry is growing at a compounded growth rate of 35 per cent every year. They also add that, in the next five years, the e-commerce industry will cross the $100 billion mark.

Apart from major players like Flipkart, Myntra, Jabong and market aggregators like Wooplr, Red Polka and Ropsro, there are several other smaller players as well. Icustommadeit is different, says Raj.

The space and traction

There are over 8,000 items on the site, across 33 categories, which presents the consumers with a wide range of products they can choose to customize or even purchase. “We bring together a new breed of independent artisans, designers and customized products, to the mass market,” adds Raj.

He further adds, “Presently we are operating in the blue sea segment and see no competition. There are sites which are into customization of items like cups, t-shirts and others, but no one is offering a bespoke mall of the sheer size that we are offering and envisaging.”

The birth of an idea

The idea came to Raj when he was looking to sell his old car, for which he was in negotiations with a businessman. Raj says that the businessman was wearing a ring that had a 3D lion cub on it. “When I asked him where he got it from, he replied that it was customized for him by his brother in Belgium. And that was my Eureka moment!” adds Raj.

Soon he started to look at the possibility of a platform onto which one could upload a picture of a ring, and jewellers from around the world who had done similar projects could bid on the product, and then Raj could then choose a creator based on his past projects and feedback received.

However, when he began to think deeper, he realised that the platform could be used for different categories. Speaking of the challenges, Raj says that the initial challenge was realizing the idea; doing the research and designing the website was a quite difficult. He also says that it was hard to find skilled creators across the country.

Before launching icustommadeit, Raj ran his own KPO for 15 years.He also started a fine dining multi-cuisine restaurant, that was named number one four years after its launch.

Raj spoke to several family and friends before starting up, to test the idea and the concept. He also travelled extensively to exhibitions, where he got feedback straight from the ground as to whether there was a market for these kinds of products. “That's when I realised that it is a 'blue sea' segment and there is definitely a need for a platform through which creators can sell these products, in sync with what the buyer is looking for,” says Raj.

Currently the platform gets close to 20 orders in a day with an average spend of $100. The creators are charged a nominal subscription fee and the basic subscription is free. There also is a transaction fee that on the final cost of the product.

Icustommadeit has recently raised funding of $250,000 from Virendra Shahaney and Dr. Paresh Doshi. Earlier they had raised $150,000 from Salma Chugh,MD, Vertex Group.

“We plan to use this investment to bring about improved technology and innovation, to create a better and more interactive user interface. We will also concentrate on bringing on board more creators from across the globe, as we plan on having an international presence within the next six months,” concludes Raj.