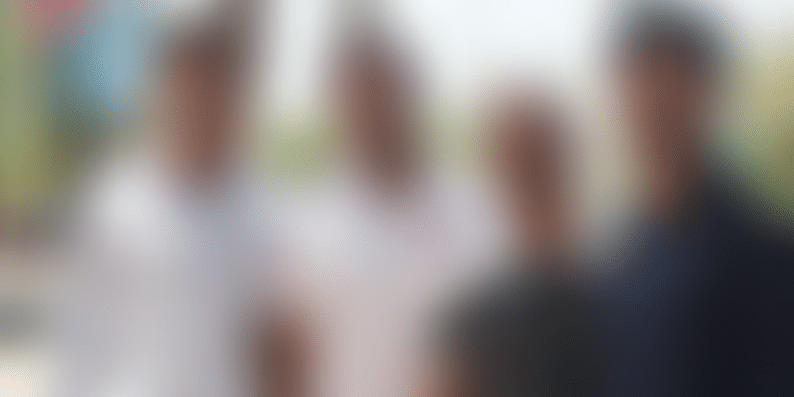 Harsh Tomar is a BE final year student studying in Indore. As a student, busy with exams and the daily rigours of studies, the last thing you want to be burdened with is water shortage. There’s already enough on your plate. So a frustrated Harsh decided to use technology to try and get this issue redressed. He decided to use an app, JantaChoupal, to get in touch with the local government. “I was thrilled when I posted about water problem in our area and the concerned corporator responded in less than 24 hours,” he says.

Janta Choupal – niche social media mobile application developed in Indore may finally have bridged the technology gaps of E-governance in India. A start-up – Adwortech – has developed a social media application called JantaChoupal that not only connects the general public with ministers but also monitors the progress of issues raised through ‘Open’, ‘In process’ and ‘Resolved’ options. While Facebook still doesn’t have the ‘Unlike’ button, this app gives its users the option of ‘Unvote’. And yes, there are enough takers.

There are about 800 active users of Janta Choupal ever since its launch in February 2015 in Indore. Janta Choupal has at least 45 registered corporators out of a total of 85 who have already started resolving administration issues of their respective areas.

Another user Rajendra Thergaonkar owns a printing shop in Chhawni – one of the most crowded areas of Indore. “Chhawni has a huge problem of garbage and waste. I would often crib about the problem but wouldn’t do much about it. So when I heard about Janta Choupal, I felt like I had finally found a way to communicate the problems. Apps like these make it convenient for a busy man like me to participate in social issues without wasting time,” he testifies.

Users can download the app from Google Play Store. They need to register with an authentic mobile number and email ID. They receive a verification code. Therefore, they need to select their State, Lok Sabha Constituency, Legislative constituency and ward. The profile can be updated anytime . When issues are raised through a status, they are automatically assigned to the elected members who can update the same with ‘in process’ or ‘resolved’ buttons. Likewise an elected member can share his work or take consensus from voters for better governance. Moreover, all the users of the same locality become friends automatically. Photo and video sharing options make it as effective as any other social media.

But how is Janta Choupal better than say a WhatsApp Group chat or a Facebook page? Shares Ward No 71 corporator Bharat Parakh, “Through WhatsApp or Facebook groups, I knew about the problems of only my ward. So whenever an issue was resolved, only that particular group knew about it. Through Janta Choupal, the entire Indore can know when a problem in a certain area is solved. This keeps us motivated to do better work and encourages us to compete with other wards in terms of development.”

However, this may also put a lot of pressure on elected members. Says Ward No 65 corporator Sarita Mangwani, “I see Janta Choupal as an effective tool to respond to an issue within 24 hours. This adds confidence among the people so I can get busy in addressing the problem.”

A tireless team of six

“I believe ignorance is in the heart of corruption in our country. Did you know that a Tin No does not require any fee and can be obtained through an online form? General public pays upto Rs 10,000/- to agents for getting Tin No from government offices. I have been hearing a lot about e-governance and digital India but where’s the tool to make these happen? My first ever dream of starting up a business was with an application that would bring about a positive change in the lives of the people,” shares Prabhakar.

The Adwortech team has won three out of five national business plan competitions, earning enough money to keep the start-up going. As a result, they have managed to get the break-even so far. They have worked tirelessly surveying 15,000 households that helped them study the market and the scope before they finally launched the app. The survey showed that 90% of the residents didn’t know their corporators; 85% were not connected with any elected members through any medium; 70% residents were Android users.

“We will make money soon and we aren’t worried. We are in the process of developing some interesting commercial apps. We are ready for the next Lok Sabha elections since we have enough data for relevant constituencies that can benefit the government as well as research firms in future,” adds Ajitesh.

Oddly enough, among the plethora of options existing in the world of both social media and mobile applications, the start-up doesn’t seem to have any rivals. According to the founders, Janta Choupal is a ‘one of a kind and world’s first political social media application’. They are in the process of patenting the application apart from having talks with venture capitalists for the funding.

However, none of these delays has ever affected their spirit to serve. They have been researching on their own without money or a mentor. Adds Prabhakar, “My belief is that it’s the technology that would bring in a corruption-free governance and not any particular government. Technology is the future and the people are ready to embrace it.” The Janta Choupal application may soon find takers in other parts of the country while the word spreads steadily in the busy streets of Indore.