How parents can easily access pediatric doctors with AddoDoc 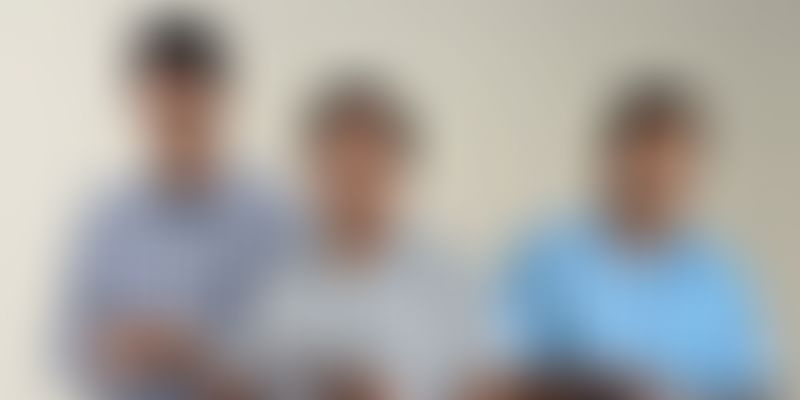 Started by three geeks, AddoDoc is revolutionizing the doctor-parent communication space. We often face issues in reaching out to a busy doctor when we need advice. We have to make an appointment and visit the doctor physically, even for trivial issues. Sometimes doctors do share their personal phone numbers, but they are afraid to do so with every patient.

Parents are often in a fix when they want advice on small issues from their pediatrician. For example, a kid might have been given a vaccination and is now suffering from fever. The concerned parents obviously need some advice at this stage; however, most of the time, the doctor may not be reachable over the phone.

AddoDoc helps doctors channelize their communication through telephonic and message-based consultation. For parents, this is a one-stop place where they can access health records, track a child's health on their own, and access the doctor anytime they need him. At present, AddoDoc is helping more than 50 doctors in NCR and connecting them with their 80,000+ patients.

AddoDoc was founded by Siddhartha, Satyadeep and Sowrabh, who were working at Amdocs, Oracle and Microsoft, respectively.

They have an interesting story of their union as co-founders. Satyadeep was going to attend a startup event in Bangalore when he had a flat (to his bike). He called his best buddy, Sowrabh, for help. When both of them reached the event venue, Siddhartha was on the dais, presenting his product idea. Both Satyadeep and Sowrabh loved Siddhartha’s idea, spoke to him, and were soon onboard as co-founders of the startup.

Earlier, when Satyadeep and Sowrabh were in their second year in IIT, Guwahati, they had created a Dropbox plugin for syncing folders. Their solution solved a major limitation in Dropbox - folders had to be moved into the Dropbox folder prior to syncing. Their plugin obviated this cumbersome step. The plugin was a great success and was downloaded more than 500,000 times! This stupendous success got them featured in The Hindu, Lifehacker, MakeUseOf, PC World, and Fast Company. That was when they got bitten by the entrepreneurial bug. So, when the Addodoc opportunity arrived, they were quite ready to startup.

When asked about AddoDoc’s impact on healthcare, Siddhartha explains, “There are only 80,000 pediatricians in India. The delivery of healthcare becomes a huge challenge - leading to insufficient growth monitoring of a child. This results in thyroid, hormonal, and malnutrition problems in children. In India, 44 per cent of children, under the age of five, are underweight. Most of the trivial health issues in children can be resolved easily if parents and caretakers have access to the right information and a doctor at the right time. AddoDoc is filling this gap.”

With the AddoDoc system installed in a pediatrician’s clinic, doctors are better equipped to tackle the deluge of patients and provide superior care. Besides, because visiting a doctor is an irksome process, especially for working parents, AddoDoc becomes very handy – it helps parents get quick telephonic consultation from their Doctor.

All calls to doctors are routed through a custom phone number so that doctors do not have to share their personal phone numbers with the patients. The AddoDoc system essentially helps doctors by putting a check on the frivolous phone calls they get. At the same time, patients get access to the doctor when his/her attention is really needed.

“AddoDoc is completely mobile-based, and has been designed keeping in mind that their major users are assistants/receptionists at a clinic or hospital. The majority of these assistants would have never laid their hands on a computer, but are users of WhatsApp on their Smartphones. This makes for easy adoption of mobile-based solutions,” says a confident sounding, Siddhartha.

AddoDoc is part of the BW Accelerator Program which is helping them with strategy and making business connections. At present, AddoDoc is a six member team, including the Founders - three are working on the tech side, and three on the business side.

Finally, this is Siddhartha’s advice to fellow entrepreneurs: