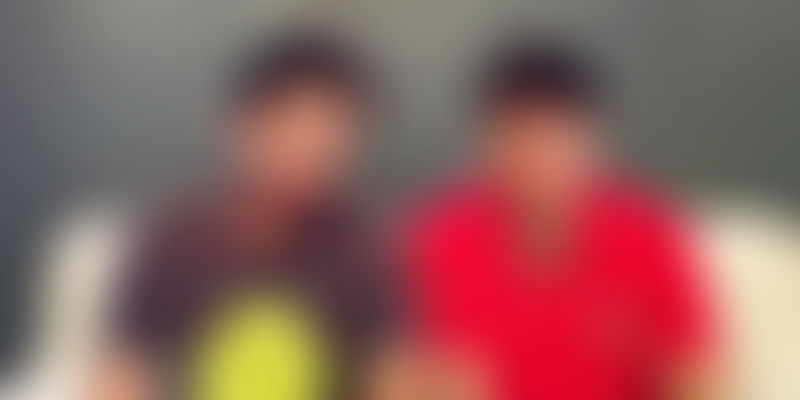 Some students take the platform seriously. Others… not so much.

“A user registered on our website with the name Osama Bin Laden, and put up an AK-47 for sale! Thank God we moderate all our ads,” laughs Harsh Gupta, who has founded Fratmart, a college community-based marketplace for peer-to-peer sharing, buying and selling.

The fact that students from around 320 colleges across the country are posting ads on this college-specific classifieds portal reassures him that his idea has struck a chord within a huge chunk of the college-going population.

A few years ago, Harsh was a college student himself, and he realized that there was something common about the end of every semester.

“Just like other engineering students, after every semester exam, I was always submerged in a pile of books that I was never going look at again. Selling these to baniyas [traders] involved losing a lot of money; they would then sell them at much higher prices,” he said.

“Every college student will have a corresponding junior, so there was no way money would be wasted on buying extras. So I decided to tap into this obvious and assured market,” added Harsh.

In 2014, Harsh graduated from an engineering college in Delhi, and took up a job as an analyst with Aspiring Minds, which he worked at for long enough to earn his investment for Fratmart.

“I was under the impression that I needed about Rs. 60,000 or 70,000, because I thought I had to hire a technical team. I was a Mech [Mechanical Engineering] graduate and didn’t even know the difference between ‘front end’ and ‘back end’,” said Harsh, who merely on-boarded a tech-savvy co-founder, Sarthak Mehrish, instead.

Over the next eight or nine months, he not only learned the difference between front end and back end, but also started writing code for the same. Fratmart was then launched in April 2015.

Fratmart is an online community-based platform that connects students from the same college. Students can post ads for the buying and selling of used academic material, find accommodation or housemates, rideshare partners, or even arrange daily carpools. So Fratmart works almost like a hyperlocal Craigslist for all college-related things.

“On our platform, every college has its own marketplace, where students of that particular college can buy, sell, share, and connect with their peers. That lends a very personal feeling to the whole concept; you’re connecting with people from your own college, and meeting them inside the campus in case a deal is made,” added Harsh.

The platform lets students chat directly and in real-time with buyers and sellers, without them having to share their phone numbers or email addresses. Students can also look at ads from other college marketplaces in the vicinity.

Fratmart, which has been live for just about three months, already has more than 320 colleges on board, with over 1000 ads posted on the site.

What do college kids use the platform for?

According to Harsh, the most popular categories on Fratmart are course material, novels, and study material for various entrance exams. Students have also sold electronic items like dessert coolers, USB modems, calculators, LED lights, and lamps.

Though Fratmart does not directly compete with online classifieds portals like OLX or Quikr, it is difficult to see the two models as very different from each other.

“These existing big players, like OLX, Quikr, etc., are not our competitors since our research shows that only a negligible percentage of students in higher education use such platforms for buying/selling used academic stuff. These classifieds are mainly geared towards consumer durables,” said Harsh.

Numbers from the latest UGC statistics report that there are roughly 20,000 degree or diploma-granting institutions in the higher education sector, with a student strength of more than 20 million (two crore). These numbers are said to be growing by 15 to 20 percent per annum. This means that the figure might have already reached 25 to 30 million (two and a half to three crore) by now.

As far as the used goods industry goes, a recent study carried out by OLX pegs the size of the industry at $ 9,000 million (Rs. 56,000 crore). Another report in the same domain reported that not even four percent of India’s internet population is accessing such online classified portals.

As startups like Fratmart do not have data available specifically for their markets, a combination of the above figures is their only market indicator.

A peek into the future

“Our entire market is still not very acquainted with the idea of buying and selling academic stuff online. So we can say, ‘We’re not building a venture, we’re building a culture’. A culture that has the potential to revolutionize the way students across the world engage within their college communities,” concludes Harsh.