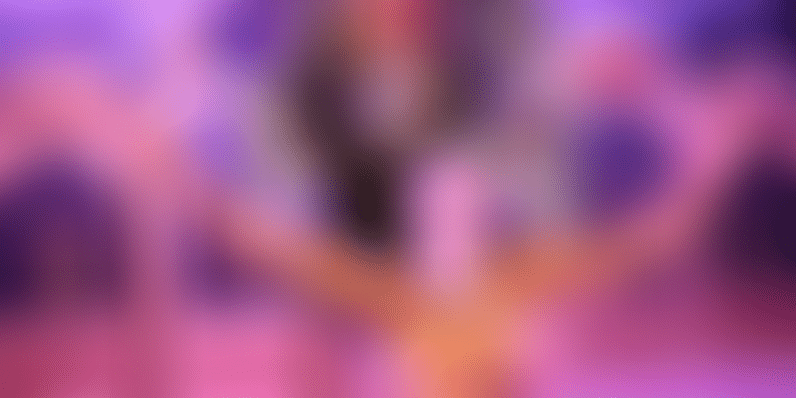 My mother is very proud of me. All my mother’s life she has heard from society that she should have given birth to a son instead of a daughter to take care of her in her old age. Today she proudly tells everyone that her daughter is like her son.

Priyanka, 16, studies at Epiphany English Medium School, a low income group school in Pune. This summer she is off to Italy to study for 2 years at the United World College(UWC) of the Adriatic. “I plan to take up history, philosophy, higher English, Biology, Math & Italian.”

Life has thrown many challenges her way but she’s not one to back down. She stays alone with her mother and her father is in jail. It has been particularly difficult living in a society that frowns on single mothers, especially in low income communities.

Observing my mother has taught me how to deal with such situations. Since I was born, she has never let me feel that I don’t have a father around or we don’t live with him as the head of the family. She has played all the roles. She’s fought with men who have tried to trouble her. She has stood up herself without any support and has taught me how to rise up and stand for yourself in the society against all odds.

Connecting the dots – Maya and Priyanka

In 2013, Teach for India took a deeper look at the need for holistic education which gave birth to Maya – a partnership between Teach For India students and Broadway artists. The Musical is an original script with Broadway composed music and tells the story of Princess Maya’s journey who is asked to bring light back into her Kingdom, Maya and her friends – south Indian dragoness Kutti, the talking peacock Indigo, the mystical spinning Zara and the nine-headed snake Ska, use the values of courage, compassion and wisdom to lift three great curses that have been cast on the world.

Sanaya Bharucha who has co-directed the musical with Broadway actor, Nick Dalton, tells us,

It is a demonstration of what’s possible for children from low income communities with no previous exposure to the arts can achieve. It is a symbol of the kind of education all children deserve – one that integrates academics, values & mindsets, and exposure & access. It takes 30 children on a life-changing journey of self-discovery where they, like Maya, have embarked on a journey of discovering their values and their brightest light.

The school Priyanka studies in is a school where Teach for India has had their fellows for a couple of classrooms since 2009. Priyanka was not in one of these classrooms. So how did Priyanka land up playing the role of Ska, the snake and change the course of her life?

Ahona Krisha, a teaching fellow at the school had seen Priyanka performing at school and requested that Priyanka be allowed to audition. “Ahona didi (teachers are referred to as ‘Didi’ or ‘Bhaiya’[elder sister or brother] asked me at 11 at night if I would like to come for the audition the next day. My mother always wanted me to act and thought it was an acting audition and said yes! Later we discovered what Maya was and how much time we had to give in (the program runs after school).” Out of the 320 kids that auditioned, 30 were picked. Priyanka’s mother’s worries were placated when she was reassured by her mentors who explained it to all parents what they wanted the children to achieve through this journey of Maya.

Sanaya, who has witnessed all the action from being in the middle of it, tells us, “Even though the focus of Maya was not directly on academics, it was on integrated learning. For example, if music was being taught during Maya, fractions were used to teach. If a dance form was being taught, the teachers integrated a history and heritage lesson. Or a song in the musical was about fire, he would actually bring fire in the classroom and observe the properties of the flame to understand better. The Maya students are performing 80% better than other TFI children of the country.”

Other than becoming fluent in English and learning an art form, Sanaya says that children have evolved from not understanding values to practising them. Citing the example of another student at Maya, Sanaya tells us about Mohit. “The slightest thing would set him off and he would resort to violence. Most people from his community, touted him to be the goon of the community but art has helped him become a rational person.”

She tells about what changes she has seen in Priyanka,

When I first met Priyanka, she was shy and unable to speak her mind or share what she thought – especially about things that were important to her. She was also responsible, eager to learn, and very special. Over the last two years, I have seen Priyanka grow from a slightly insecure child into a compassionate, courageous and wise young woman. Through Maya, Priyanka was exposed to various cultures, different fields of thought and the world in general. She has evolved into an independent, reliable, fun loving and deeply reflective person who I truly believe can change the world!

All the pieces of the jigsaw

How is her schooling, the musical and the academic opportunity abroad all tied together? Because it is at Maya that the Principal of India campus of UWC saw all the Maya children and requested TFI that these children should apply to the program for UWC Adriatic. Priyanka was hesitant to apply but her mentors saw her through the selection process. She applied to the programme. 120 children from across India were shortlisted for the selection process and she made the final cut as well.

“I have learnt to believe in myself. Even now when something seems insurmountable and my faith in myself is shaking, I know that there are people who believe in me more than I do in myself and that helps me push my limits at a much broader level”

On how her friends have reacted to this feat, she quips, “My friends tease me a lot! They keep telling me that I’ll forget them but they are also very proud of me. They feel like I’m representing all of them to the world – that I’m an example of how you can achieve everything you want to irrespective of what background you come from.”

Surprisingly, Priyanka’s mother wanted her to get married just after her 12th std. Has Priyanka managed to convince her mother against it? She breaks into a giggle and says “I honestly don’t think I’ve convinced her! Maya has taught me not to tell people what you think, but to show people. With Maya, I tried to show my mother that marriage is not the only option. She has suffered because of an early marriage but wanted me to get married early because she thought there is no one after her to look after me or support me. But after seeing what I can do if I get the right opportunities now she is believing in what I can achieve and slowly starting to support all my decisions. ”

Priyanka hasn’t quite decided on what she would want to do in her life but she knows the path she wants to tread.

I’ve begun thinking not just about my choice but also about how I can contribute to the society. I now think of what I can do right now instead of waiting for the right time; every moment is the right time. For now, I’d like to become a psychologist. But as I move forward, I’d like to work with the prostitute community – do something that would help the kids in those communities realize their dream – just like I did.