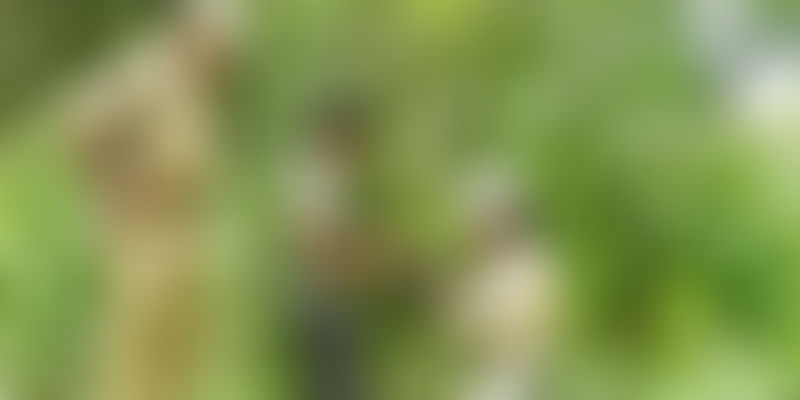 Recently, news of poachers being convicted with the help of camera traps installed at a national park in Assam, caught the attention of many. Camera traps installed at the Rajiv Gandhi Orang National Park in Mangaldoi, Assam helped convict two poachers who had illegally entered the park and killed rhinos. The poachers- Haren Daimari and Dharmesh Basumatary were convicted with two years of rigorous imprisonment and also slapped a fine of Rs 25,000 each. The notorious business of poaching has become so endemic and the war against it seems next to impossible. But there seems to be a ray of hope now.In the year 1989, a group of young enthusiasts, for the love of nature, started a club by the name ‘Aaranyak’. With a motive to protect nature and its resources, the group received its maiden project- to protect the white-winged wood duck from extinction. The rare bird species were a prized possession of poachers who would go duck-hunting on the pretext of cutting grass. Staying true to its purpose, Aaranyak right away filed a petition requesting the State government to protect its wildlife. This was their turning point as Aaranyak’s first project was a major success and since then, Aaranyak embarked on similar and more challenging ventures.

With time, Aaranyak established itself from a club where a group of enthusiasts fought the evils of the environment- to a reliable, internationally recognised organisation whose concerns range across a wider horizon now- Aaranyak is currently also a member of the International Union for Conservation of Nature (IUCN) which is the world’s largest conservation organisation.

Regionally, Aaranyak has established environmental and conservation activities with 28 project sites across North East India, monitoring its wildlife by maintaining databases while working hand in glove with law enforcement agencies to conduct regular raids to recover illicit wildlife goods. It also monitors the wildlife crime in the Eastern Himalayas. Research and training is conducted on biodiversity and wetland assessment and monitoring with the aid of Geographic Information Systems (GIS), and remote sensing tools in various attitudinal habitats. Aaranyak has formed partnerships with the neighbouring countries of Nepal and Bhutan and has provided training to officials for the use of GIS technology and impact assessment.

Going back to square one, the officials and Forest Staff of Orang National Park celebrated their success in nailing two poachers for illegal entry into the park with arms and killing rhinos. But this would not have been possible without Aaranyak’s help who have been closely monitoring this case and have been involved since the very beginning. With the help of 60 camera traps installed in the Park to monitor tigers and other animals in 2011, the team found photographs of three poachers. It was a series of two photographs where three poachers with two rifles were seen inside the park. The poachers were caught in the act!

Soon after, Sushil Daila, DFO, Mangaldoi, Wildlife, created a poster with the photographs and requested the villagers to help identify the poachers. He also announced a reward of Rs 25,000 to the informer. Subsequently, the poachers surrendered with the arms.

The conviction rate of poachers in the state is very low. This, therefore, has been a major achievement not only for the Assam Forest Department, but for the team as well. Thanks to the camera trapping exercise by Aaranyak; with infallible evidence, there was little hope for the poachers who had to eventually surrender. “The pictures of poachers that come on cameras are immediately shared with authorities and it is them who follow up on the issue,” shares Dr Firoz Ahmed who heads the Tiger Research and Conservation Initiative.

Explaining the modern technology used in the project, Dr Ahmed revealed that the camera trapping exercise was supported by New York-based Panthera and the David Shepherd Wildlife Foundation, UK. “The equipment used is a camera trap that senses presence of animals and humans and takes pictures automatically. Such camera traps are tied to trees or poles in strategic locations in the forest area that are frequented by tigers and other animals, like animal path or a road or a waterhole. The equipment is designed by Panthera scientists and the same is loaned to partner organizations across the world that are involved in research of tigers and other cats.”

Aaranyak and Panthera have been working for tiger conservation and research in Northeast India since 2012 and have worked on monitoring tigers and other animals at Manas National Park, Kaziranga National Park, Namdapha National Park and the Karbi Anglong Hills. The partnership is presently focusing on the Manas Tiger Reserve as a Tiger Forever Site for the next five years (2015-2019), Dr Ahmed divulged. He also disclosed that a new model is being field-tested by Panthera that will be able to detect poachers in the forest and beam the images to a computer or smart phone instantly, allowing the forest staff on duty to neutralize the threat instantly.

In one of its latest developments, Aaranyak is also assisting the Assam Forest Department in apprehending poachers involved in rhino poaching at Kaziranga National Park by providing support through its dog squad, named ‘K9’. Currently, there are two Belgian Malinois- Jorba and Babli that have been controlling wildlife crime and tracking down poachers and smugglers. Dr Ahmed informed that over ten poachers or their handlers have been tracked by the dogs around Kaziranga.

When asked about Aaranyak’s future projects, Dr Ahmed unveiled that the team has a project in hand that will involve communities in the protection of tigers and habitats through alternative livelihoods to those who are dependent on the park for daily resource extraction for a living. They also hope to educate the masses about protection and conservation and getting their support in the process. It is also worth mentioning that the project “Restoration of important habitats of Gangetic Dolphins” secured the first place in an international online public voting competition organised by the European Outdoor Conservation Association (EOCA). A Switzerland-based non-profit association, EOCA will be funding the project with a grant of 30,000 Euros.

Into the 25th year of the mission, Aaranyak still lives up to its motive and strives towards continued expansion, creativity and unrestrained action for protection and security of the most endangered species while cultivating conservation of biodiversity in Northeast India through research, environmental education, capacity building and advocacy for legal and policy reform to bring about a new era of ecological security. As Dr Ahmed reiterates, “We work to secure a future for all.”