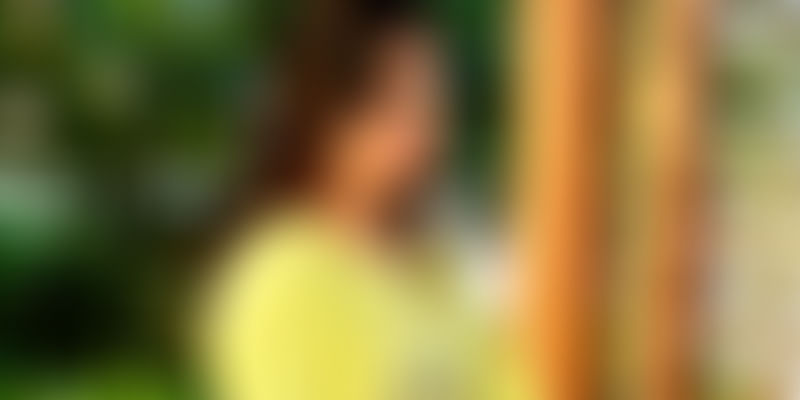 Anugya Vardhan started up with the thought of supporting her individual expenses, little did she realise then that it would blossom into a full-time venture.

It was in the year 2011 that marriage brought Ranchi-girl Anugya to Bengaluru. Having just finished her graduation then, she hated sitting at home for one full year simply doing nothing. That is when she enrolled for a Law and Company Secretaryship course.

She started travelling for the same and realised that the expenses being incurred was simply too much for a one-member earning family.

“I was as it is itching to start something on my own and this gave me the perfect reason to think seriously about it. This being a city with such a high cost of living, I decided to chip in with some contribution,” says Anugya who then started doing her independent market research.

Always fascinated with the e-commerce platform, Anugya thought of starting up something online. And then her market research, meeting with wholesalers and retailers gave her a fair idea of what she wanted to pursue as her chosen venture – she decided to become an e-retailer of watches for ebay and got herself registered at the site.

Anugya made an initial investment of Rs 7,000 and with that got into the e-retailing sector. Today she is the sole proprietor of Grabito, a retail platform for leading e-commerce giants like Flipkart, Amazon etc. What’s surprising is the kind of success her venture has got in such a short span of time.

She started out in January 2013 and today the monthly turnover of her firm is a staggering Rs 10 lakh, something this young entrepreneur had never dreamt of.

I had simply started up with the intention of earning some decent money but with time it has become a full time and profitable business,

says Anugya, who is now getting into the manufacturing side of watches too.

Given that the demand is good and she gets a sizeable number of 500 watches on an average everyday, Anugya says watches are the fastest moving items on the e-commerce sites.

A background in Commerce has also helped Anugya in her entrepreneurial journey.

She had tried her hand at women’s apparel too but opted out of it after a while.

The four years in Silicon City

A former student of BIT Mesra, from where she completed her BBA, Anugya is finishing her three year Law Course in June next year and her CS by the end of this year.

Would she practice either Law or CS upon completion of those courses and say goodbye to entrepreneurship?

That is not possible anymore. I have invested so much time and energy in getting Grabito to the place where it is today that it is not possible to do anything else now. I had seriously never thought it would be so big one day but now my dream is to establish Grabito as a leading brand of watches, both retailing and manufacturing,

Multi-tasking brings out the best in Anugya

With a software engineer husband and a 10-month old son, Anugya says multi-tasking brings out the best in her. Considering that she is a wife, a mother, a Law and a CS student and an entrepreneur, Anugya

surely has a lot to contend with.“After the birth of my baby, it was actually very tough. But the kind of support I got from my husband made it possible for me to realise my dream. He often works from home when I have to step out for the entire day and chips in with help on all possible fronts. On certain days, I take my baby and baby-sitter along for my meetings, but at the end of it I enjoy every single moment of my life,” says the chirpy Anugya, with loads of excitement in her voice.

Her parents were government servants and her sister is a dentist, so the choice of entrepreneurship was not an obvious one but she didn’t want to tread the path already trodden and wanted do something entirely different.

“I had a slight inclination towards business, therefore took up Commerce in the first place,” says Anugya informing us that she is manufacturing steel watches at Grabito now, which would soon be followed by analog watches.

Anugya shares her business mantra, “The more variety you have, the more orders you will get”.