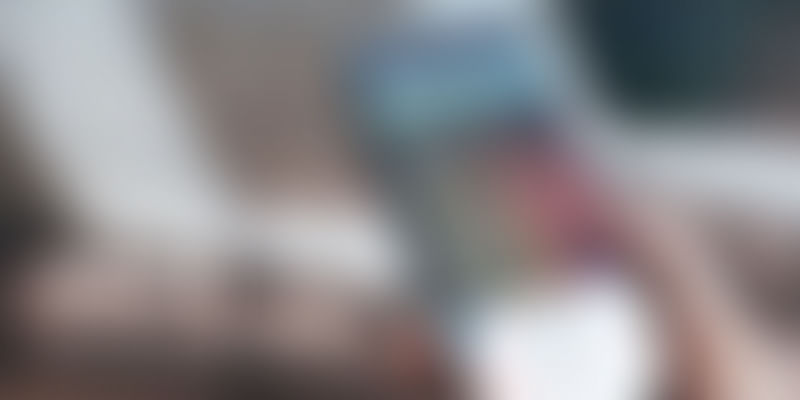 Our smartphones have made our lives easier to a great extent, but with a large volume of apps that can do different things - ranging from booking a cab, to ordering groceries, to making online payments and scheduling social media posts - it can become an overwhelming nightmare even for multi-taskers. ReBoard, a custom keyboard app developed by two brothers aims to make multi-tasking easier through one app.

ReBoard is positioning itself as a system-wide keyboard that lets users perform tasks within their smartphones keyboard window. As a productivity app, the aim is to help users minimise switching between multiple apps to perform different tasks. Jeet Singh, CoFounder, Matcoms, says,

How do you schedule a calendar appointment while you are using WhatsApp? By switching to a calendar app, right? ReBoard lets you do multiple tasks from within Whatsapp and other apps, without leaving them.

Users can schedule calendar appointments using natural language input without leaving WhatsApp, Gmail or other apps that they are using, and the meeting gets saved in the users’ primary calendar app automatically.

ReBoard allows up to 18 different actions, including fast type, predictive emoji, cursor control, and quick hide etc. They have used the open APIs of many well-known apps and integrated them into ReBoard. So, users can share Dropbox files, search local addresses and view maps, look up articles on Wikipeida, search the web and download images, chat on Slack, add tasks to Wunderlist or create reminders and also perform mathematical calculations through the app.

On the company’s USP, Jeet says,"ReBoard goes beyond typing, enabling the user to stay in the context and still perform other tasks. The app is currently available for devices that support iOS 8, but we are working on an Android app as well."

Parent company Matcoms was founded by brothers Jeet and Gagan Singh. Jeet is a computer science engineer and has previously worked at Infosys. Gagan is an MBA with about 15 years of work experience and is passionate about graphic design. He had previously started a software development startup with friends before venturing into Matcoms with his brother.

The duo has developed multiple apps so far for themselves and a few clients. Their biggest success is 'Beautiful Sky' app which was featured by Apple in 116 countries last year. They also won Samsung's Power App Race award competing with 1,000 teams from 40 countries and placed second in Pokki's App Challenge.

ReBoard is a paid app and is available on the iOS App Store for USD 1.99 and users can purchase in-app themes for USD 0.99 more. The app was developed over a period of six months by a team consisting of four people. Jeet says,

Based on the work that we've done, I had been approached by Google, Yahoo, Amazon, and Microsoft for possible job opportunities in the past, but I decided not to take it further, as I wanted to focus on my own startup and build our own products.

Reboard provides a good user interface and experience. The app does achieve its main task of making users more efficient and helps them get more work done, with fewer taps and window switching.

Users need to set ReBoard as their primary keyboard and give it access. Then, tapping on their 'command' icon on the keyboard lets users scroll through a list of options to select the desired one based on the context. I was able to integrate and chat on Slack, search the web, look for images through the app and set reminders on my calendar, while still remaining on the same window.

The user interface and the many different features take some time to get used to. There is an in-app tutorial that helps users through the process. Adding more integrations like Pocket, more e-commerce platforms like Amazon, Flipkart or Snapdeal and calendar apps like Sunrise calendar would add to the appeal. Jeet confirms that their future plans include adding more integrations with Evernote and Box in the pipeline.

Most users are not satisfied with the stock keyboard that comes with their smartphones. There is a big market for custom keyboards that provide predictive typing, ability to swipe across words and some quirky customisations too.

Some of the well-known players in this space are SwiftKey and Swype. The former has raised USD 21.6 million across four rounds while the latter has raised USD 15.6 million across four rounds and was acquired by Nuance Communications. Dryft (from the founders of Swype) was acquired by Apple in April this year. Kanvas Keyboard which lets users create custom messages and short phrases had raised USD 3.4 million from investors. Then there are quirky and fun keyboards like GIF keyboard developed by Craigpark and Rapkey, which let users type like rappers.

ReBoard is a well-designed app by a team that has prior experience in developing a global product. While the current integrations are quite vast, adding more based on user feedback and demand would increase the use cases and functionality. It will be interesting to see what further integrations they add and how they go about marketing their product.

What do you think about this app, do let us know in the comments below. Also do check out other apps under our App Fridays and Pursuit of APPiness series.

Related read: [App Fridays] If you thought selfies cannot be improved upon, Camera Plus shows you how to exactly