The startup is backed by a strong set of investors like NEA, which led the round of funding, and is considered to be one of the world’s largest VC firms having assets worth $17 billion. Some of their noted investments have been in companies like Salesforce.com and Juniper Networks. On the other end, Milliways Ventures is founded by the duo Anand Rajaraman and Venky Harinarayan who in the past are known to seed fund companies like Facebook, Snapdeal and founding Junglee.com. The firm was also invested by Dr. Srikanth Sundararajan, who is a venture partner with Helion Ventures.

With such investors, the company believes the reason for on-boarding multiple VCs was to gain better mentorship. Co-Founder Kedar Kulkarni explains,

We could have used funds from only one VC, however it was the need for all round mentorship that made us sign-up the others. If on one end, Anand and Venky from Milliways Ventures are mentoring the consumer side of our business, Naya Ventures is helping us with hiring. Furthermore, NEA is assisting us with marketing and outreach programmes.

Co-founded in India in December 2013 by a five-member team of Kedar Kulkarni, Vignesh Krishnakumar, Kishore Natarajan, Saivenkatesh Ashokkumar, and Praveen Kumar, the company was incubated by IIT Madras’ Incubation Cell with a fund of INR 6 lacs.

During their stay at IIT Madras, they were a part of a student R&D group developing computer vision and machine-learning solutions, while representing India in international robotics competitions.

Today their company, HyperVerge operates in the deep learning B2C space, having developed four patent-pending technologies (three in the US and one in India) around organising images by identification of the content (people, places, scenes, and events) in the same. This will be seen in their mobile application Silver.

About changing gears to the West and registering the company in the Silicon Valley in July 2014, Co-founder Kedar says,

At present, the startup faces a challenge to build a largescale system which can cater to images of millions of users while leveraging the technology of deep learning. Their system currently processes 75,000 images in a minute reaching to more than a couple of million in an hour.

But, what is deep learning?

Deep Learning is a newer form of machine learning with a different mathematical model (than machine learning) teaching computers to mimic the model of human brains for processing large amounts of visual data aimed at scene, event, document, face recognition as well as duplicates detection and image enhancement.

The team at HyperVerge[/caption]Future plans

Moving forward, the company will invest 90 percent of their energy in developing their consumer application while investing in the critical technology for the same. They plan to launch the private beta version of the application by September end.

This is the same time, the company is looking to initiate talks around Series A funding, planning to close the same by the end of this year. The aim to raise this round is to collaborate with more external investors, equipping themselves with additional mentorship.

The company is also looking forward to grow its technical team. They aim to add 10 members to the same in the next six months. At present, they are a 15-member team (12 in Chennai and three in the US) with technical team strength of seven members.

Almost similar to sci-fi fiction, this technology will find increasing relevance in identifying important documents in the future. When integrated with gadgets and wearables, this disruptor will help in providing complete information about a person just by looking at them. Thus, it might not be long when humans will be equipped with the power of artificial intelligence in real time.

With startups like Clarifai, Nervana Systems and Entilic functioning in a similar space and raising funding worth $10 million, $20.5 million and $2 million respectively, there is no debate on this segment being a hot bed of opportunities.

In 2013, Yahoo acquired LookFlow, machine learning provider, following it up with the acquisition of IQ Engines, another image recognition startup.

Moreover, Google has made five acquisitions in this space in the last two years with the launch of their deep learning research project Google Brain. This was to get a better grip on the image recognition, and neural networks space.

With the hunger of these giants increasing to ingest more and more data, it is only a matter of time when we will know whether HyperVerge will be acquired or will be riding the tide as a winner in the segment. 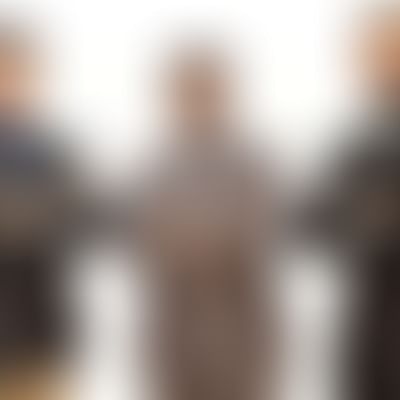