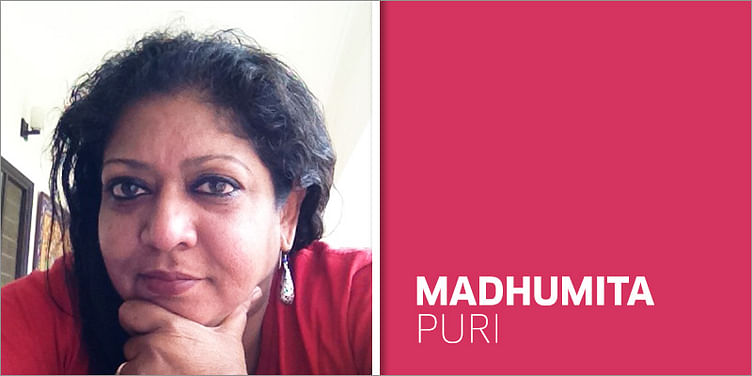 “Adjoining our facility is a small temple. As is usual in most religious places in India, the daily rituals included offering of garlands and other fresh ﬂowers to the deities. Every morning, the priest would remove the old ﬂowers and bedeck the precincts and idols with fresh ones. The temple had hired a young man to dispose of the previous day’s ﬂowers in the nearby Yamuna so that the river waters carried these away. However, the employee was a lazy man. Instead of doing his job on a regular basis, he would pile up the ﬂowers in an alcove in front of our facility and only once in 10 days or so carry them down to the river.

In the interim, the ﬂowers would decompose day by day and their once beautiful fragrance, turn nauseous. The trainees and workers at our facility had a choice: either suffer the odour, or clear away the discarded ﬂowers. We opted for the latter out of compulsion, as no one could bear the stench. But there is a silver lining to the story, because out of this forced-upon-us activity grew project ‘Avacayam’. The word ‘Avacayam’ means ‘gathering ﬂowers’ in Sanskrit. And that is exactly what we did. We gathered the discarded ﬂowers, but didn’t burden the river with this waste. Instead, we developed a process to recycle these into vibrant, organic colours that could be used as dyes, for rangoli and during festivals such as Holi. Here was the free raw material we were looking for. It was given to us by the blessing of having a temple next door,” shares Madhumita Puri, a resident of New Delhi.

The process is fairly simple. The collected ﬂowers are ﬁrst segregated, cut, dried, and ﬁnally pounded. Approximately 100 kg of collected ﬂowers usually yield 1 kg of dried petals. Although the aroma goes, the natural colour remains and emerges as powders of different colours. The ﬁnal stage is packaging and marketing of the end product.

The “Avacayam” programme of skill development started in the year 2004. After much experimentation and test runs to ensure that the process was economically feasible, the cooperative approach was formalised in 2008. “We really wondered why no one had thought of it earlier as there were so many plus points to the strategy. The manufacturing process and equipment is low-cost and hence replicable and sustainable. The raw material is available year round from religious sites and hotels. The quantity might increase during festivals such as Janamashtami and during the wedding season, but nevertheless, there is no time when it is not there. The market outlets are assured as the Ministry of Environment, as well as the Delhi State Department of Environment supports the initiative by setting up sales outlets in government departments and at Dilli Haat. The ecological problem of disposing of waste ﬂowers, especially the vast quantities generated by temples and hotels, is resolved to the beneﬁt of all,” informs Madhumita.The people involved

Today, 40 young adults with intellectual disability, cerebral palsy or autism process the flowers collected from large and small temples in North Delhi, as well as from 5-star hotels everyday except on Sundays. Another set of 45 differently abled people process these cut petals into colours for Holi and Rangoli twice a year. Fifteen visually impaired people hand roll ‘agarbatis’ (incense sticks) made from these flowers using a unique formulation developed at the centre.

“We now receive ﬂowers from 11 hotels and 60 temples in Delhi. Additional 250 temples and eight hotels are providing ﬂowers to six other NGOs associated with us. Though only 600 young adults are part of the ﬁrst attempt, the strategy has the potential to reach out to an extremely large number of those who have a disability across the length and breadth of India. For temples are found in all corners of our country: even in the remotest areas and the offering of pushpanjali’ (ﬂower offerings) is a usual custom. In Delhi alone, there are 6,000 temples, and I aim to get ﬂowers from all of these, soon,” adds Puri.The vision and recognition

‘Avacayam’ fulﬁls the vision of a world where each differently-abled person has access to opportunities to use and develop his/her inherent talent to the fullest potential and be valued for his/her efforts. The initiative enables them to grow in conﬁdence and be recognised as equal members of society. The Ministry of Environment and Forests has acknowledged the strategy as an environment educational tool. Madhumita’s work has also been recognised by the United Nations who have awarded her the United Nations Economic and Social Commission for Asia and the Pacific (UN-ESCAP) Disability-Inclusive Entrepreneurial Business of the Year in the Asia-Paciﬁc region in December 2013.

His brother died of drug abuse; he started CAN Youth to help dropouts and underprivileged children in Nagaland

The area of work

“In 2014 – 15, 248 tonnes of flowers were collected; 5 lakh ‘agarbatis’ were rolled and 15 tonnes of colours generated. In 2014 – 15, 2822 persons with disability in Uttar Pradesh, Madhya Pradesh, Rajasthan, Tamil Nadu (including Pondicherry) and Kerala were trained in this simple work to generate income for their families. This was supported by the Nippon Foundation, Japan after the UNESCAP conferred us an award. The mandate for 2015 – 2020, in partnership with the National Skill Development Corporation, is to train 26,000 persons (currently unskilled and unemployed) in Uttar Pradesh and Bihar. Work in this area has already been started in Varanasi. In addition to flower recycling these persons are also to be taught the essentials on micro-enterprise management. We are in the process of setting up Resource and Knowledge Hubs that link skill development to income generation to help carry the work on. Flowers will no longer pollute our waters—the rivers will be cleaner, our children will learn to preserve and conserve and the planet may survive longer,” hopes Madhumita.

In New Delhi, another organisation, Trash to Cash Employment Centre, provides equitable income to 137 persons with disability in its various manufacturing operations. This is carried out under the aegis of the “Society for Child Development” an NGO that was started by Madhumita in 1992 to provide children with disability quality education. However, she soon realized that childhood education would remain a distant dream if the issue of skill development and income generation for the period of adulthood was not addressed. “We believe if the road map of income generation is well laid out, more and more families from poor income households would make efforts to send their children to school,” signs off Puri.