Niharika Jhunjhunwala delivers a box of happiness to Sugarbox subscribers 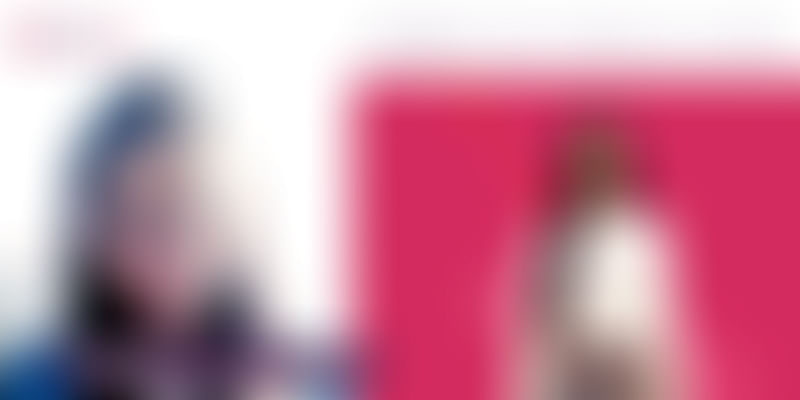 How about a box of happiness delivered at your doorstep just as every month draws to a close?

You are likely to jump with excitement and feel pampered, won’t you?

That is precisely the emotion Niharika Jhunjhunwala wants subscribers to her venture, Sugarbox, to feel, month after month. For this 25-year-old, who herself is kicked with the idea of pampering oneself, a casual discussion with her spouse to start something on her own, led to the starting up of Sugarbox.

“There is no need anymore to wait for someone to pamper you. All one needs to do is subscribe to our membership and get surprised each month. We pack a world of goodies in a nicely wrapped box and send it to our subscribers. The idea is to make them feel special,” says Niharika, Founder, Sugarbox.

Everything sweet about Sugarbox

An exciting and novel subscription service, Sugarbox is a theme based gift box for all those who want to gift themselves. An exclusive service of handpicked goodies by a team of specialised in-house stylists, it has a unique way of functioning. It has a specific theme each month, which is disclosed only after the boxes are delivered at the doorstep of the subscribers.

Well, the themes could be seasonal or built around a special occasion. The most interesting part is that the contents are revealed only upon the delivery of the box.

“We despatch the boxes by the 24th of a month and give it a good 3-4 days time before we reveal the contents on our site. The challenge is to keep the surprise element intact for all subscribers till they get it, given that those who get it are so excited to receive the box that they tend to reveal the contents on the social media as soon as they receive it,” says Niharika.

Each box has a combination of products in the fashion, beauty, lifestyle and gourmet categories. In a way, it is also an opportunity for emerging and existing brands to showcase their products to the subscribers.

Niharika pursued her higher studies in Economics and Management from the London School of Economics, after which she was not too keen to work in London. First, it was difficult to get sponsorship or work visa and then she had certain family concerns which got her back to her hometown Kolkata.

“Someone in the family was not keeping well and I had to be there. For sometime, I actually did nothing. Then I did a trainership programme (similar to an internship) in the Performance Management Division of the Cabinet Secretariat in Delhi. Essentially this department evaluates performance of different central government departments,” says Niharika.

She was enjoying her work there, by which time she got engaged and decided to quit that as well. “I liked my work there but I certainly didn’t see myself doing that work my entire life,” she says.

Subsequently Niharika got married and settled in Mumbai.

The innate desire to start up

Niharika always wanted to do something on her own and the fact that many ideas originated is testimony to her independent mind. She first wanted to start a line of organic baby products but it didn’t work out. One thing led to the other and she started up Sugarbox and has thereafter been absolutely engrossed with it.

The idea was to start something which gives this instant pick-me-up feeling. Often the salaried class is left with no money to pamper themselves at the end of the month and that is just when this goody box arrives. And as it is a subscription model, there is no money involved in it,

says this young entrepreneur, whose desire to start up increased when she saw similar, though not exact, services around her.

Women comprise the bulk of buyers

Needless to say, it is women who comprise the bulk of buyers on this platform. While most women subscribe to this, many men have also availed the subscription offer for their spouses. Then there are festive occasions when people order for their relatives. “Once I remember, a father wanted to send out a gift box to his daughter on her birthday and we managed to deliver the previous edition to her as the date was bang in the middle of the month. It seems the gift box delighted her,” says Niharika who adds that the business is seeing a 30-40% month-on-month subscription growth.

With her parents and in-laws all in business, Niharika says she always had it in her to pursue business herself. “It was but a natural choice to step into entrepreneurship,” she says adding that most of the traction is currently coming from the metros and she would want to get Tier 2 and Tier 3 cities too into her business fold.

Niharika has a keen interest in dancing and loves exploring cultures around the world too.