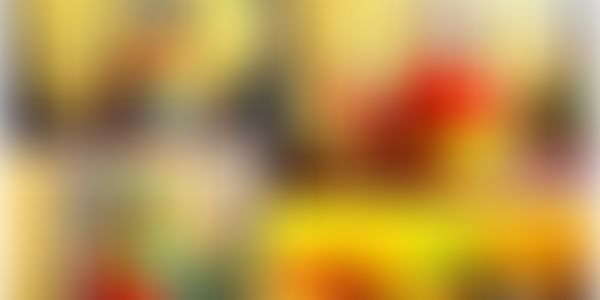 Much is being discussed about Kolkata being an upcoming hub of technology startups. And while it’s great that the City of Joy is finally catching up with its metro counterparts, the non-tech, more creative ventures are a long way from feeling a part of the community that is India’s thriving startup ecosystem. Case in point is 24-year-old Somrwita Guha’s design startup Papercup. “My parents try to be supportive,” Somrwita says. “But when somebody asks my mother what her daughter does, she replies glumly that I sell kettles for a living.”

Somrwita was not sure what she wanted to do with her life, but doubted it would be something in economics- the subject that she was majoring in at Jadavpur University. To harness her artistic urges, she started Papercup as a hobby. “In its foetus stage, the idea was to make merchandise that people who are young at heart could connect to and present it in a format where buying was more of an experience. It would include live jamming sessions and interestingly done set ups,” she says. The effort, in its absolute micro stage within the university campus, was successful and fulfilling for the young undergrad. But there was little thought of pursuing it beyond. This was in 2010.

The idea, however, refused to die and in the course of her studies, Somrwita continued building on it. Four years of finetuning later, Papercup was registered as a firm in 2014. “Our products are simple yet for some reason make people extremely happy to own them. This may be because most of our merchandise is inspiration-driven. That way people see a bit of themselves in the products we make. It’s been three months now that we have started selling through our e-commerce website,” Somrwita says.

Prior to this, Papercup was selling through third-party websites like Facebook and through events. “We still continue to do so. We focus on hosting events every now and then because we do treat Papercup more as an umbrella under which all kinds of talent can thrive. So we usually have some live jamming session, spoken word poetry, live art in our events paired with a crazy sale of Papercup merchandise. For the past one year (since the time we became a full-fledged startup) we have nicely fit ourselves into the corporate gifting space as well,” explains Somrwita.

Papercup’s flagship products are hand-painted kettles depicting mythological fables, urban lore and pop art designs. Other hot favourites include quirkily emblazoned badges and mugs, handcrafted earrings, apparels and home décor items. In other words, Papercup is doing what an enormous chunk of startups in this country do, most of them with far deeper pockets. The competition bothers her, especially the mass-produced graphic designs gracing every household item imaginable, but it doesn’t intimidate her.

“Five years back, there were but a few doing what we wanted to do. But in less than half a decade, the market has become super saturated. There are tonnes of people working in the same space. To top that, e-commerce is highly congested too. And being in the top 10 is a task when one is up against giants with big pockets. But competition more than being a challenge is a challenge well-accepted. Of course, the next big thing is funding. But we are hopeful that we will manage to raise what we need at the right time,” Somrwita says.

She adds, “Industry wise, we are operating in e-commerce and that is here to stay for a while. In India, it is still smaller than in the West but it’s growing at a faster pace here. With more than 10 million online shoppers, you can definitely grab a piece of the pie. The idea is to grab as large a portion as is possible. Though online retailing would perhaps comprise 15 per cent of e-commerce sites right now, the majority is into travel and other things. But that is fast changing too. So, even if one is a semi early bird, there is a high chance of catching the worm.”

Somrwita hopes a strong game and dedicated scaling plans will ensure Papercup’s survival amongst deep-pocketed competitors. “There are three things we are planning to concentrate on: first, making our e-commerce presence as strong as possible. We are already selling all across the nation, but deeper penetration is the goal. And eventually exports as well. Secondly, being the best buddy to corporate clients and be one of the top choices for corporate gifting. There is huge potential there. Finally, selling through brick-and-mortar stores where we can do an extension of our events. A place selling our merchandise with the best of live music, poetry and art. In a couple of years, we will be ready for some serious funding. Till then, we are trying to understand what Papercup can really be amongst other things.”

Compared to what she is dealing with now, the pitfalls of the early days of starting up seem downright trivial to Somrwita. She says, “In the early days, we were not sure what its future was. The challenges were different and quite inconsequential, primarily because we were not that serious about it. But yes, I can narrate the excitement with all my five senses. The wholesomeness of starting something of your own, however small, is unparalleled. When we first launched the brand in the university fest we barely slept for a week. As opposed to that now, I have barely slept for a year,” she grins.

Papercup is currently bootstrapped by cofounder Subhajit Panja. “As I said earlier, we will go into some serious fund-raising in a couple of years. Let’s say we are just waiting till our valuation looks good,” she adds.

On how the market is responding to their venture, Somrwita retorts, “We do not understand market. We understand people. We hate clubbing a bunch of beautiful people and calling them a market, though sometimes we do use that lingo to talk to people”.

From starting up with modest funding, Papercup is now running its e-commerce website, hosting quarterly independent events, and collaborating with colleges as their gift sponsor for fests. “It’s been a year since the time we got registered. If we managed this much in a year we will surely march forward in the future,” she adds.

Somrwita admits that starting up in West Bengal had more than its fair share of hurdles. “A year ago, it seemed to be the worst thing I could end up doing to my beloved Bengali society was become an entrepreneur. Starting up has a lot of stigma attached to it. The first hurdle was to tackle all the ridicule and not let it dampen my spirits. Anything which people find a little unusual is considered to be troubled waters. So one would have to go through sessions where people will tell you why not to start up, how ridiculous it is of you to even consider it and why it’s best to keep it as a hobby and take a job for a living. The ideal life for them is to live a life with zero risks. That’s what they have done and that’s the life they want you to adopt. So, basically a lot of wisdom was bombarded on me from several directions till I walked away shamelessly and did what I had to. That is extremely crucial: be shameless. When I set out, I was equally ready for it to take off or shut down. I’m still equally ready for either though I’d trade almost anything in the world to see the former being the case,” she says earnestly.

The lows, when compared with the highs, pale in comparison. Somrwita says, “The thrill! It’s almost like a movie. Even though you are doing more or less the same thing every day, each day is so different. There is so much rush: brainstorming, meeting new people, brewing ten different ideas, staying awake to put things together and letting it down in the Papercup after parties. But in the end, the best part about starting up is the belief that you are making a difference. For the last one year, I couldn’t think of being anything else other than an entrepreneur. Given a chance, in spite of the failures, I think I would always choose to be an entrepreneur”.