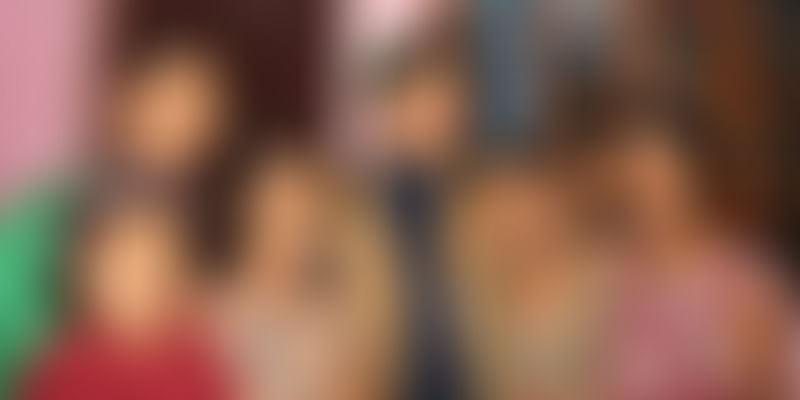 11 year old Rabeya Khatoon is a class 6 student in Save the Children Home in Thakurpur, one of the suburbs of Kolkata. Like other children her age she was going about her studies and life unmindful of things around her. But that was till Treasure of Innocence stepped in.

“I lived a carefree life which included my school, studies, and friends. There was no time to think about myself. Then I joined the Ignited Minds programme of Treasure of Innocence (ToI) and since then things have changed for me. Today, I have started thinking- both about me and my surroundings. I have learnt the importance of education, of good behaviour, of respecting and helping others and most importantly I have learnt the importance of keeping our environment safe. I live a more responsible life now and do my bit as a citizen of India. The class on ‘Space and sky’ really intrigued me as I learnt about the vast universe and its components. I now yearn to learn more and feel confident that I too can!”Like Rabeya, Mita Karmakar is also a class 6 student in the Cossipore Institution for girls. Mita today is the proud co-author of a picture story book for children. She says,

“I participated in the My Book My World programme of ToI. We were told to make a picture story book. As we hardly thought about doing new things we found it really difficult to write or draw anything initially. It was the members from ToI who helped us by constant encouragement and motivation. Eventually we wrote a complete story with pictures in it. The pictures looked drab in the beginning and we were not satisfied. The members again came to our help and taught us about eye for details and also about doing things in a new way. After the book was made we became apprehensive about its review but then we learnt that doing something together and giving our best in doing it is what is important. I am proud that I was a member of the team who made a new story book.”

Treasures of Innocence (ToI) is a non-profit organization empowering children’s minds to dream big and stand with courage, curiosity, confidence and creativity. It creates leaders with innovation and creativity. ToI strives to remove the demons from a child’s life and give them back their dreams. The aim is to make children grow unhampered and unmindful of the social evils that surround them. “There is limited scope for harnessing creativity of the children, providing impetus for thoughtful action and joyful learning. Scope of self exploration is missing. Poor language skill, analytical and application skill makes the children less confident to compete with others getting quality education. There is lack of hope, tendency to give-up fast and end up life with failure and hopelessness. It’s a never ending vicious cycle,” says Rani Bhowani, the founder of ToI.The face behind the force

Armed with a Masters in Economics from Calcutta University and an MBA, Rani has a rich and diverse experience in Project Management and Consulting. She has worked across a wide range of projects in open innovation and technology scouting, helping clients in data driven decision making process, and has designed social responsibility programme for kids. Rani is a multi tasker and likes to get her hands dirty in all the processes of project making starting with research and also playing an active role in its successful implementation.While volunteering for various charities and needy children since childhood, Rani saw the lack of thought and innovation in the activities of the children. This probably sowed the seed of ToI in her mind at a very tender age. “My grandmother was attached to Belur Math and participated in different social initiatives for the uplift of children and rural women. I accompanied her to different programs and got inspired. After my Masters and spending years in the corporate world I decided to start Treasures of Innocence in 2013. It was a deeply rooted dream in my mind and so in spite of having a strenuous job I single-handedly conceptualised the idea, spending sleepless nights for months. Finally I decided to quit my job and work full-fledged to give shape to the dream of working for the development of children,” informs Rani.

13 year old Anjura Khatoon, who is a student of class 8 in Nabajatak Vidyabhaban for girls, is one of the many young minds who have benefitted from ToI.

“By attending Ignited Minds Programme, I have learnt experimenting with things. Learning outside the school books was really interesting. We experimented with everyday things around us. It has made me inquisitive and I want to experiment with things at home. I have learnt that observation is the main thing in science and after the class I have started looking at things around me with curiosity and interest.”

At present ToI works with orphans, under privileged children and adolescent girls both in rural and urban areas. ToI aims to explore ways to tap their potential for innovation and creativity. The vehicles include meditation, activities, group discussion, extempore-speech, videos, story-telling, games, paintings, skits, dramas, illustrations, science-experiments and technology where the children learn by actively participating.“One of the biggest shortcomings of the existing teaching methodology is that it puts more emphasis on learning of received knowledge. While this could be a possible starting point, but the gap remains in the inability of children to use the received knowledge in thinking creatively. While every solution might not be apt, the process of creative thinking gives the requisite confidence in children. ToI is aimed at plugging the holes which are present in the school set up. We at ToI try to explore ways to tap the potential of children. We believe creativity is the heart of leadership and try to bring out the power of mind making it capable of taking part in the decision making process. We follow TIAL (Think>Ideate>Act>Lead) framework to plug the gap which the present school methodology overlooks in many cases,” explains Rani.

ToI works with children who come from broken homes, children whose innocent world has been shaken up by hostility, poverty and unhappiness. “They have been unloved by many and forced to grow up fast to face the world. They have had to fend for themselves, earn their own food, and find shelters under the bridge, on pavements or are devoid of any emotional bonding. These children have one thing in common, an innocent-inquisitive mind. This powerful mind has the courage and confidence to sail a paper boat that will bring their beloved ones and shower solace and happiness in their hard lives. We use existing infrastructure in different government schools, orphanages, shelter homes, open shelters – conduct teaching classes using a structured methodology based on creativity based learning,” speaks the young leader.

ToI started its journey in June 2013 and in these 2 years they have come a long way. “We believe that education is most essential to have a sustainable society. With our belief we try to empower children, build their creative confidence, and realize their full potentials. We want to reach out to children in different communities, sectors and geographies. As Swamiji told ’All knowledge that the world has ever received comes from the mind; the infinite library of the universe is in our own mind’ – following him we try to make these innocent minds ignited to dream big and lead life with curiosity, courage, love and laughter,” signs off Rani.