An investment banker, actor and entrepreneur, Suma Bhattacharya is everything rolled in one 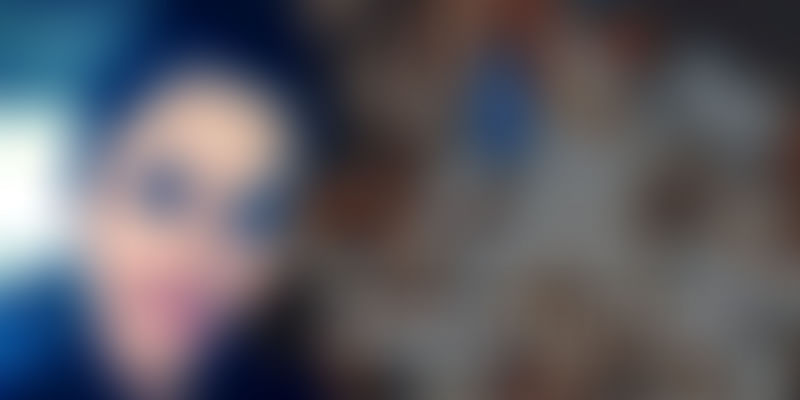 Suma Bhattacharya says she’ll call me back when I call her up at the scheduled time. “May I call you back in the next five minutes please,” she says in a British accent as she is getting out of an elevator she informs.

And yes, she does call back in the next five minutes for a freewheeling chat on her personal life, career growth and her association with QuikWallet, India’s first mobile payment app for smartphones that works with progressive technologies such as near field communication (NFC) and Quick Response (UR) codes.

Suma is a Co-Founder and Brand Strategy consultant for LivQuik Technology India Private Limited, of which QuikWallet is the flagship product.

Suma’s dad was based in Kolkata and her parents got divorced when she was seven. “He did not show much interest in my growing up years so I grew up along with my mother. In fact, she was the one who kept telling me that I must do my responsibility and be in touch with him,” she says.

Her father was an Electrical Engineer with the British Rail and Suma’s mother happened to be his second wife. Though her mother was from Kolkata, she went to the UK to be with her husband, who was almost 20 years her senior and Suma was born in London. In 1990 he retired and soon after, things started going sour between Suma’s parents. “It was a pretty complicated case and my mother took me back with her to London. She was granted a divorce by a London court,” says 30 year old Suma, recollecting that she expressed her desire to live with her mother when asked by the Court.

In London, Suma’s mother was into child minding (similar to a day care centre for children in India), which is a highly organised sector in the UK.

Brought up in London, Suma loved school and academics throughout. A Physics graduate from the Imperial College London, she wanted to do theatre at one point in time. She is also a trained kathak dancer.

Suma graduated in 2006, a time when all engineers and scientists were looking at management consultancy and investment banking as career options. “It was a very happening sector at that point in time. I actually did an internship at the Credit Suisse Investment Bank in London with an amazing team. It was one of the craziest experiences too,” says Suma.

During her stint there, Suma says they saw a lot of problem before the rest of the world did.

That is when we started adapting. We knew that within the macro environment, banking was going to change massively. Our clients were banks and other financial institutions and we would tell them how to create liquidity within their balance sheet, have security like bonds etc,

says Suma. She worked with them for nearly four years and quit as an Associate.

In the meantime, her father was not keeping well in Kolkata and he had a stroke. She came to Kolkata for two months and spent some quality time with him. By that time she had decided to quit Credit Suisse Investment Bank as she thought it was too top-heavy an organization, with too many people in the senior layers. “I did not want to leave in a hurry as I had this great salary too,” she says. But once decided, it took her six months to bid adieu to the company as she exited step by step.

By the end of 2009, Suma was in Kolkata to be by her ailing father’s side. His condition deteriorated and he went into a coma. On the professional front, Suma started missing work but was not keen on doing something in Kolkata where she felt that the work culture wasn’t too great.

Suma moved base to Mumbai to make some money. As luck would have it, she got associated with the glamour world and started work on some projects, a mix of movies and advertisements. Suma has worked with Salman Khan too in a few advertisements and she was pretty sure she didn’t want to stay in Kolkata. She joined a few friends living in Mumbai. It was during her initial days at Mumbai that her father passed away, news of which did not even reach her. “I was furious at his relatives who had even arranged for his funeral without letting me know and despite me being in India,” says Suma, quite aggrieved at the fact.

Mumbai was not her dream destination either as she had her share of rough weather here initially. Abducted out of a rickshaw near the domestic airport and abandoned at 11 pm near the highway during state elections shocked her. “I was coming back from a shoot and two bikers literally dragged me out of the rickshaw and I was clueless on ways to get out of the situation,” says Suma. Till date, she has nightmares of the frightening episode in her life. Her mother had to fly down from London to be with her for some time.

By 2011, she started getting offers to work in Telugu and Tamil movies. Though she was interested, she found the regional genre heavily dominated by the male actors, who had a final say in even selecting the heroine. To add to that, women only played supporting roles at best and the films on which she worked were not too commercial either.

India with its rising start-up ecosystem lured Suma and she did a stint at Whats on India – an Intel backed technology start-up into e-commerce product development. She then moved onto Samena Capital, a fund which lends money to established businesses.

During one of the engagements in her investment role, she met Mohit Lalvani and his vision convinced her so much she joined the founding team and came on board to be part of the management.

“I always had this Finance background and wanted to get back to it. QuikWallet was an idea in 2012 and they had just started work. It was not funded even then and there was no money in it. As time passed, I realized that things in the company needed a strategic approach and the need was something with an analytical background,” says Suma who then got involved operationally.

With her joining them, the company started focusing on building a solid team, retention of employees etc.

Her interest in the performing arts

Suma is now trying to get together a dance production company. “I have very accomplished friends and am very strong in choreography. I did a workshop recently too,” says Suma adding that people today need to have a global perspective for holistic development.