How a lesson from his mother, led him to teach over 40,000 people – Journey of Deepak Ramola 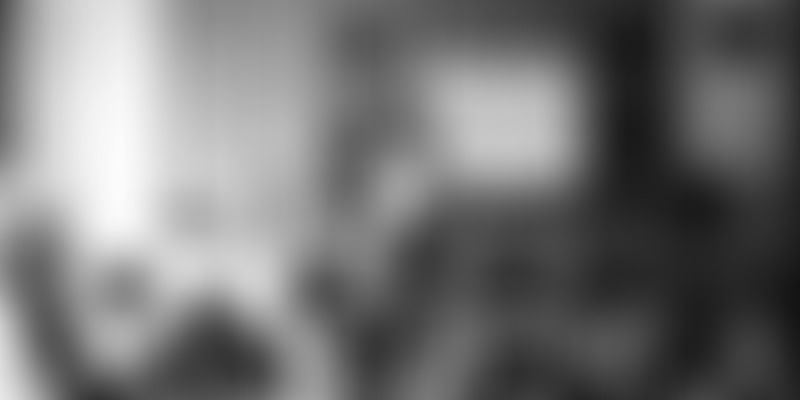 Writer, Actor, Teacher and Lyricist. Deepak Ramola wears many hats. But his most favourite role is that of a teacher. Meeting different people and sharing their life lessons is Deepak’s passion. Deepak is the founder of Project FUEL. FUEL is an acronym for Forward the Understanding of Every Life Lesson. And that is what Deepak does in his venture. Forwarding every life lesson he comes across to people he meets through his workshops.

The idea and inspiration for Project FUEL came from Deepak’s mother who had to drop out of school after finishing her fifth standard. Deepak says,

“I grew up with a woman who said she would love education and want her kids to study as her grandmother never allowed her to study.The same women would then argue with my dad, giving best possible arguments and someone who has not read world literature or solved a single profit and loss equation, for such a lady to be able to manage the finances of the household and to be able to save some amount of money. And still be able to run the errands of the house. I literally thought she was lying.”

Deepak had asked his mother how she knew so much even though she was not educated. His mother had then told him that though she didn’t go to school after class five, she learnt all that she knew from what life taught her.

It was this moment which prompted Deepak to go out and ask everyone what lessons they had learnt from life. He started maintaining a diary with all these life lessons. And every time he was faced with a difficulty, he would figure out some of the lessons written in his notebook to help him out.

Deepak converts these lessons to different activities which are in turn used in workshops to impart life skills to people.

Though it is easier to print a book with all the life lessons, Deepak says it will not serve the purpose. So he takes a life lesson and converts it into an activity like theatre, poetry, creative writing or any performance art.

“For example a basic life lesson – Be patient, though you can teach patience through meditation. The demographic which I deal with cannot focus on meditation in a class of four hours. It would be difficult to making them sit when they are bubbling with excitement and enthusiasm. So you turn it into a game.” Deepak quips.

Deepak conducts all his workshops for free. However he has other ways to finance this passion. Coming from Dehradun, Deepak pursued a course in National School of Drama. And this led to his acting journey. During his graduation in Mumbai, Deepak got an offer to act in the film ‘isi life mein’. He has also played a cameo with Salman Khan in the movie ‘Bodyguard’ and last year he appeared in the TV serial ‘Sasural simar ka’.

Deepak says he is infamous as the ‘guy with eight jobs’. He acts in documentary films and television. He claims to be writing songs for 11 films, with his first one “Manjhi” which released recently. Apart from this he also consults landmark films as an executive producer and is working as a script analyst. He is also writing scripts for two Bollywood films.

So far Deepak has taught over 40,000 people through his workshops and has conducted workshops for people from all walks of life.