Entrepreneurship in Coimbatore – The second rising 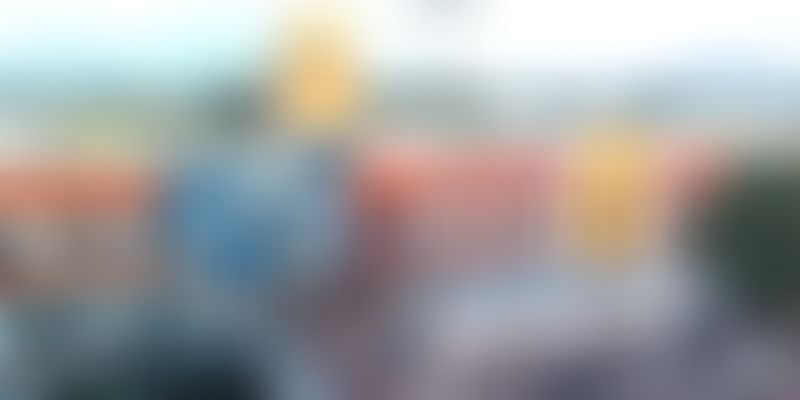 The Independence Day speech ‘Startup India, Standup India’ by Prime Minister Narendra Modi has captured the imagination of many entrepreneur hopefuls and veterans alike. But to the people of Coimbatore, a town at the foot hills of the Nilgiri mountains, starting up has been a way of life. Heads turned towards Coimbatore when Ratan Tata, Chairman Emeritus, Tata Sons, invested in Ampere Electric, an electrical vehicle startup from Coimbatore. Just earlier, IT giant Infosys acquired the city-based Skava Technologies, a digital and m-commerce solution provider for USD 120 million. The national startup community began to think of Coimbatore as an emerging startup hub. But contrary to popular perception that Coimbatore is just warming up to entrepreneurship, this is really just the second rising. Coimbatore has always been a city of enterprise; it was a city built on entrepreneurship.

"Coimbatore junction" by Ragunathan - Own work. Licensed under GFDL via Commons.

During the early Common Era, Roman ships sailing from Egypt landed at Muziris on the Malabar Coast of India. Situated at the strategic Palghat gap in the Western Ghats, Coimbatore or KovanPudur, as it was previously known, was ideally located to trade with the Romans emerging out of the pass on their way to Poompuhar on the east coast. Thus began Coimbatore’s tryst with trade and enterprise.

During the British-era, cotton growers from surrounding black soil regions decided to set up their own spinning and ginning factories in Coimbatore. They decided to scale up vertically with textile manufacturing units and ultimately various ancillary industries started cropping up in Coimbatore to serve all these manufacturing units, earning it the sobriquet ‘Manchester of South India’. Since then, Coimbatore and its people have been celebrated for their innovation and entrepreneurship. One in every two electric pumps and motors manufactured in India are from the city. It is no surprise that as the city that invented the wet grinder, it holds 75 per cent market share in manufacturing it.

Today, Coimbatore is competing with Chennai, Kochi and Bengaluru as an IT outsourcing destination. An immense influx of talent from more than 150 educational institutions makes Coimbatore the city with the most density of educational institutions anywhere. It also accounts for nearly 10 per cent of the global workforce of Indian IT majors like CTS, TCS, and Wipro etc. But that’s not what Coimbatore is all about. It stands tall on innovation with unique businesses that are in search of repeatable, non-linearly scalable business model. Some of them are:

Arunchalam Murugandam, a day labourer who, with his dedication, hard work and the typical Coimbatorian itch for innovation, found his place in the TIMES list of 100 most influential persons in the world. Arunchalam, called the ‘Menstrual Man’, came under the limelight with his invention of the cheap sanitary napkin making machine. His patent for the machine today is valued at USD seven billion, but he chooses to work with NGOs and women’s health organisations via his Jayaashree Industries to provide cheap sanitary care to the underprivileged women across the world.

Lyriclabs is now the largest company in translation services in the world, providing services for big enterprises and the government. Currently, it has 1,500 professional translators for 140 languages. The company was initially bootstrapped from Coimbatore and now has offices in Bengaluru, Singapore and Malaysia.

This is an electric vehicle startup in Coimbatore. Ratan Tata, chairman emeritus of Tata Sons had made an undisclosed investment in this company.

A mediatech startup focussing on 3D visualisation and animation, using open-source tools and technology. Unlike traditional companies that use expensive software and rendering machines for animation, Realworks uses open-source tools, thereby reducing huge operation cost. Even its Render Farms is assembled in-house. The company made a video ‘Ranadheeran’ to showcase its open source skills, which went viral.

MyPromoVideos is a mediatech startup focussing on Explainer Video. They have created explainer videos for companies like Flipkart, WebEngage, Freshdesk etc.

iCliniq is an online doctor-consultation platform, where users can get medical advice. They provide various channels to contact more than 1,000 doctors, such as posting health queries or booking slots for real time, face-to-face consultation over HD video and phone (a private/secure call back). They recently launched a feature called 'telegram a doctor' where patients can use Telegram – the widely used messaging platform after Whatsapp - to reach out to a doctor.

Amphisoft Technologies is a learning product company started by learning science researchers. Their flagship product, EBox, is a web-based platform that can be used for effective learning, training, recruitment and assessments. The platform is currently being used by major IT companies and colleges. The main objective behind the creation of this platform is to revolutionise the current education system and to bring about a complete change in the learning ecosystem.

This company was started by Sri Nithin Jayabal, a Class X dropout. Their flagship StackMAX Cloud Appliance enables customers to focus on their business and not on technology. The solution removes barriers to entry of private cloud computing, enabling businesses of any size to engage one vendor for an appliance that is preconfigured with all hardware, software as well as support, and professional services for a holistic solution.

Vivek founded Augrave with the mission to create personalised jewellery. It is a unique portal where people can get 3D-printed pendants or rings with their fingerprint on them. Augrav stands for ‘au’ – the elementary symbol for gold and ‘grav’ -for engraving.

This is an augmented reality startup that has built a virtual dressing room. Their innovative technology allows shoppers to virtually try on various clothes and accessories, giving the chance to preview products without trying them on physically

Untumble is a startup that designs and manufactures customised themed party supplies and sells them online. They have customers across whole of India and as a part of their growth strategy Untumble has organised more than 500 themed parties.

This is an education startup that has a social learning platform addressing the needs of the learner through effective engagement rather than being just a collection of feature sets and repository of content.

They predominantly focus on B2B segment by reaching out to educational institutions. Currently, they have more than 40,000 users and 6000 instructors using their platform.

They are an agritech startup and have a product called Rainbow - Internet of Farmers. Currently they have more than 10,000 farmers using their platform. Recently they launched an option for farmers to sell directly to every home or retail store. They are adding other stakeholders like veterinary doctors, agriculture society etc., as well so that they can be accessible to farmers.

Rapid-Fab is a 3D prototyping startup. It was set up by Praveen, a student fresh out of college. He manufactured his own 3D printer at less than Rs 50,000 and serves industries, manufacturing units and builders with his prototype services.

Communities that are building the startup ecosystem

Initially started as a Facebook group, this moved onto Telegram where Coimbatore entrepreneurs, startup enthusiasts and investors learn, share and collaborate. The community meets every second Saturday of the month to exchange ideas, interact and network.

Kovai TechStart is a For Purpose Organisation created by a group of tech enthusiasts, tech entrepreneurs and partner organisations, to improve Coimbatore’s technology ecosystem. They organise the annual Kovaitechathon , a hackathon along with TiE where more than 150 teams of students and professionals participate and hack over a period of 30 hours.

This is a Bengaluru-based seed stage VC firm investing in entrepreneurs with disruptive startups serving the masses in India. They have a regional startup scout actively participating in the local startup activities and developing relationships and partnerships with other local communities.

It is an angel network formed for primarily supporting Tier II, Tier III city entrepreneurs with the help of local investors. The Coimbatore chapter has about 40+ investors.

The Coimbatore brand of entrepreneurship

What connects all these entrepreneurs is a fine thread that can be termed as the ‘Coimbatore brand of entrepreneurship’. This particular brand of entpreneurship is unique in the sense that it is built on relationships and values passed down generations. Coimbatorains have a distaste for the valuation game and they build businesses for life. Even when it comes to accepting funding, only the best will do. A number of startups prefer to grow organically.

Although the focus is on information technology and mobile-based startups across India, the soul of Coimbatore is in its hardware. As such, Coimbatore will be a hub for sectors that stand at the intersection of both IT and hardware, like IOT, 3D printing, drones, lean hardware, robotics and automobiles. Coimbatore is emerging as a medical tourism destination as well and hence healthcare startups too hold a lot of promise.

Entrepreneurs and startup enthusiasts can visit www.coimbatorestartups.com for more information on monthly meetups, bootcamps and join the community on Slack and email list.

Arvind Subramanian heads community outreach programs and partnership initiatives for FHS Idea Labs. He is a foodie and a restaurateur. Although not a techie, Arvind is an avid startup enthusiast and promotes entrepreneurship .