Ghoomakkar aims to transform auto transportation and commute in India 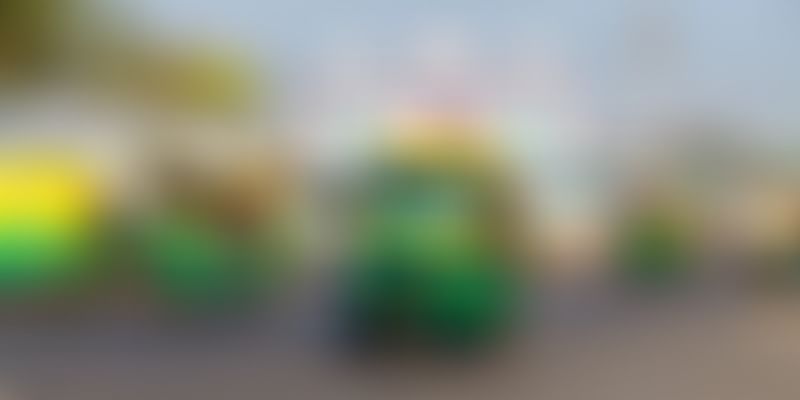 With players like Ola, Uber, AutONCab, ZipGo and Shuttl, the models for intra city commute and travel are fast changing. Beginning with taxis and now moving to buses and autorickshaws, most of these players are looking to solve one problem: traffic congestion and ease of commute. Joining this bandwagon is Noida-based Ghoomakkar. Started by IIT Delhi alumni Babu DC Verma and Sanjay Sharma, Ghoomakkar aims to be a hybrid, point-to-point ride and delivery service using autorickshaws.

Realising the other side

After working in firms like OnMobile Global, Spice Digital and a few other startups, Babu was looking to start an online product. It was during this time he had the opportunity to meet a few AAP volunteers and also some autorickshaw drivers. This meeting helped him see the other side to the story and realise their pain point as well.

Babu figured that in order to run their vehicles on a daily basis, auto drivers had to pay commissions to several people and transport systems like metros, buses and taxis were eating into their market. "I realised that the general perception that they were looking to just make a quick buck wasn't completely true," adds Babu.

Also Read: After Ola and Uber, ZipGo looks to bring in the next level of disruption in city commute

Setting up the team

He believes if auto travel and transport facility were to be organised it would work as a win-win situation for both the commuter and the auto driver. Looking to integrate technology, Babu figured mobile phones were the most commonly and conveniently used modes. Armed with this idea, he met his friend Sanjay from IIT Delhi and pitched it to him. Soon, Sanjay joined in as the co-founder.

When Babu and Sanjay pitched the idea to auto drivers, they were keen to come on board. Soon the duo figured out there were peak and lean timings for passengers who used transport. "So we decided that during the peak hours, the auto would work as a mode of transport and at other times, it would be used for hyperlocal delivery. Our operational costs work along the lines of a hyperlocal player," says Babu.

Currently, Ghoomakkar works as a web-based platform, where both auto drivers and commuters can register. One can book for rides online or via a phone call. The team started operations on May 20 this year to test its service setup. Currently, it has delivered close to 3,000 rides in Noida and Ghaziabad. The company has witnessed 100 per cent month-on-month growth, according to Babu. He says they're processing close to 300 to 400 bookings in a week in the window of seven a.m. to eight p.m.

Ghoomakkar plans to have close to 1.5 lakh vehicles on the platform and manage about Rs three lakh-worth transactions by the end of 2016. It also intends to expand to 10 new cities in the year and work on its app.

Babu believes passion is the core driving force behind his company. "You've to love and believe in the idea to be a part of Ghoomakkar," he says. While looking to build a team, Babu says they want to see people with drive, a need to prove themselves and a desire to build something.

While Babu agrees that they have stiff competition from established players, he believes their model is here to stay. He adds that they are intent on touching every pain point of an auto driver’s and commuter’s travel experience.

Without doubt, the autorickshaw market is one of the biggest in the country with over two million in the country, and drives averaging at Rs 80. There are other players that are focussed on monetising this mode of transport like Ola Auto