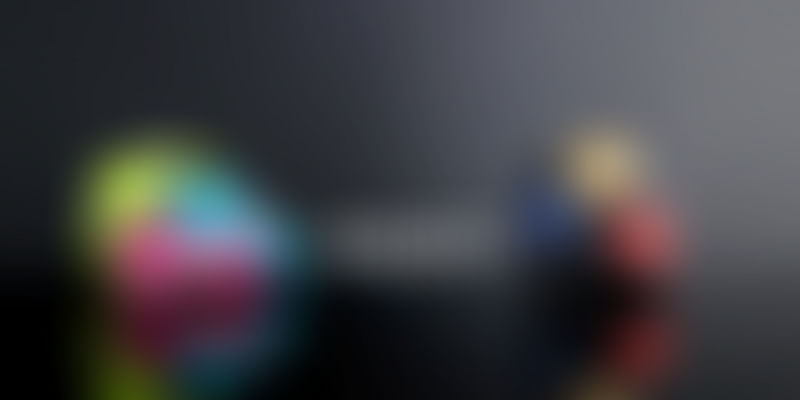 Apple’s 'Think Different’ slogan from their 1997 ad has probably inspired scores of people all over the world to follow their dreams, make bold career choices or start their own startups. With a voiceover by Richard Dreyfuss (There's an alternate version narrated by Steve Jobs), the ad begins with the phrase,

Here's to the crazy ones. The misfits. The rebels. The troublemakers. The round pegs in the square holes. The ones who see things differently...

Sonny Vu, Sridhar Iyengar, who were cofounders of AgaMatrix and John Sculley (a former CEO of Apple and Pepsi) cofounded Misfit Wearables as a tribute to Steve Jobs. The day they incorporated the company happened to be the day Steve Jobs passed away. John and Sonny were at a coffee shop when the news broke out and they felt strongly about ‘Misfit’ and decided to place its values as a central theme for the company.

Misfit invents and manufactures wearables and other smart products. They have so far raised USD 64.4M in funding across three major rounds of funding. Their main product line includes a variety of activity trackers and sleep monitors that provide users’ information about different metrics such as their step count, calories burned, distance traveled, and number of hours of light and deep sleep. They achieve this through a combination of wearable devices and smartphone apps.

The company recently partnered with Snapdeal and have made their three main products Shine, Flash, and Link available for Indian consumers. Misfit’s Shine fitness and sleep monitor is an all-metal activity and sleep tracker that automatically measures steps, calories, distance, and light and deep sleep. It lets users track activities such as walking, running, cycling, football, swimming and dance. Priced at INR5499, Shine is compatible with a variety of accessories including a luxe leather band and a polished necklace, Bloom. Speaking about the partnership with Misfit, Rohit Bansal, Co-Founder of Snapdeal said, "With more and more people becoming fitness conscious, India as a market presents a tremendous opportunity for a consumer focused brand like Misfit. We look forward to working with their team and take their offerings to our customers in 5000+ towns and cities across the country."

Misfit’s Flash tracks the same activity and sleep metrics as Shine but is crafted out of a special soft-touch plastic, with a sport band and is priced at INR2499. Misfit's Link is a ‘smart button’ that gives users more ways to connect with the world. With Link, users can take selfies remotely with their smartphones camera app, control music or advance slides in a presentation. The product is is priced at INR1999.

YourStory recently spoke to Christy Le, the CFO and COO of Misfit to understand more about the company, their strategies and future plans. Christy had started a career in finance with HSBC as as she loved comprehending the world through numbers. She then went on to do her MBA at MIT Sloan and post that worked at McKinsey for two years. She says,

I learnt a lot about scaling, organising and caring about effectiveness and efficiency at McKinsey. But my perspectives changed and the passion for doing something more and entering the product space interested me.

She found the world of products more compelling than numbers, so after being associated with Misfit un-offocially for some time, finally decided to join full time in early 2013. So far Misfit has six product categories and has sold their products in about 50 countries. She adds, “I'm very proud of the whole team and what we have achieved. All the supply chain, customer services were managed in-house. We have about 200 employees all over the world with offices in San Francisco(USA), Ho Chi Minh City(Vietnam) and Shenzhen(China). ”

In 2011, Misfit launched an Indiegogo campaign for their first product Shine with the goal of raising $100,000, but overshot their goal and and ended up raising $846,675. Christy added that Misfit had already closed a major round of funding before going live on Indiegogo. The main aim of the campaign was to get feedback from users to help them improve their product. She adds

Crowdfunding is amazing platform for young startups to get easy and quick access to finance and feedback from potential users. No marketing surveys can tell you exactly what consumers think.

Christy believes that the first commercial order can make or break a startup. For Shine, their crowdfunding campaign helped them place an order of 10,000 units with their manufacturer and helped them optimise their financial and operational planning. She says,

When you know how big your first order is, it becomes easier to manage and co-ordinate with your manufacturer. Otherwise, if you make too few products, you can’t expand quickly. And if you make too many, you might kill your startup financially.

Misfit has raised $40M in their Series C round led by GGV Capital in December 2014, and about $15M and $7.6M in their Series B and Series A rounds respectively. Talking about tips for the fundraising process, Christy believes “The best time to raise funds is when you actually don’t need it. You can then focus on finding the best investors for your company, who would actually add value.”

Misfit believes in frugality and spends capital only when needed, they also believe that keeping a global outlook from the day one is important. Talking about the trends Misfit has noticed, she adds, “We have noticed that activity tracking is looked at differently across the globe. In the US, customers use it solely to track their activity. Whereas In China it is a fashion statement, not necessarily used to know about how many calories they burnt. With rapid adoption of smartphones, the market for wearables is growing in Asia.”

The Internet of Things(IoT) and wearable devices sector has seen a lot of interest globally and in India. Some of the popular and well known wearable devices in the market are Fitbit, the Apple Watch, Xiaomi's Mi Band, Goqii. . An interesting point to note is that Xiaomi is also one of the investors in Misfit. Each wearable has different target audience and varying price points depending on the sensors and the level of tracking involved.

Misfit aims to stand out by providing longer battery life (a few months, depending on usage), water resistance(upto 50m for Shine) to monitor use cases such as swimming. The wearables can also be clipped to clothes or worn as a pendant. Christy laughed and added, “We discovered by accident that the Shine can also survive the washer and drier.”

With more than 60% of their users being women, their focus is also on developing and manufacturing visually appealing wearables. In 2015, Misfit announced a partnership with Swarovski to launch a wearable that combined Swarovski’s crystal jewelry with Shine. To appeal to their user base of women, they also partnered with Victoria’s Secret to produce a ‘VS-inspired pink Shine’

In addition to traditional wearable devices they are also focussing on home automation, with Beddit, a sleep monitor and alarm, that is attached to the user’s bed and Bolt, a smart bulb that can be controlled with a smartphone app or their smart button Link. These two products are not yet available to Indian users.

Within first six months of their launch Misfit had expanded their reach to 20 countries and have now reached about 50 countries. While their biggest market is currently USA, they see more than half of their sales coming from international markets. About the thought process behind launching in India, Christ adds, “The Chinese and Indian markets are similar and people in both countries understand technology and want value for money. Based on our success in China, we are confident of growing rapidly in India.”

Misfit believes that the world is currently going through a ‘Wearable 1.0’ revolution, where people talk about data and how to collect a lot of good actionable data from users. Christy adds,

Our founder, Sonny Vu has a vision that the ‘Wearable 2.0’ revolution will go beyond just collecting data and venture into other use cases such as safety, identification, control.

Related read: Is this the perfect time for Indian startups in the wearable space?