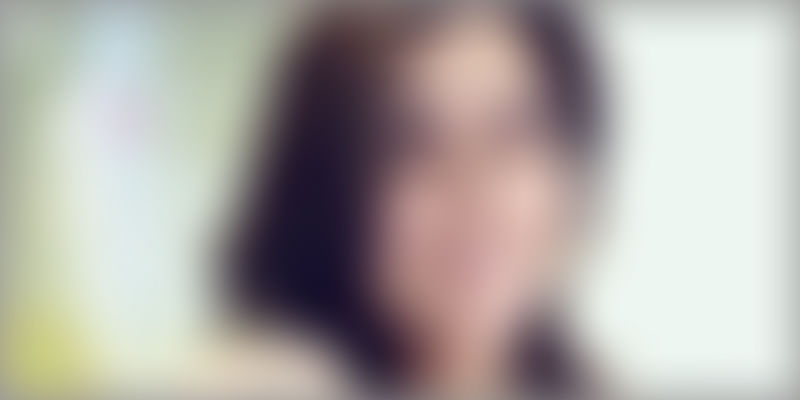 Romilla Tewari says her two daughters have always been her first customers. It was around their birth that she started looking for options to do up their rooms in a way that they would love it and ended becoming an entrepreneur herself six years ago.

One fine day in 2009, when her daughters were seven and two, sitting in her office, Romilla wrote an e-mail to a foreign company which specialises in doing up kids’ rooms, expressing her interest in bringing their products to India. They obliged with a positive response the very same day. That month itself, Romilla put in her papers in the firm where she was working and became the Founder Director of Mycutestickons and ThinkCutieful, two brands which run under the parent company, Eunoia Designs Pvt Limited.

Her company essentially consists of two brands. ThinkCutieful is into room makeovers for kids, caters to design services for mother and child spaces, does retailing of DIY wall graphics and wall stickers in reusable self-adhesive material and is extremely eco-friendly.

The second brand, Mycutestickons.com, is the e-commerce online kids labels retailing store for all things including clothes and shoes. In fact, Mycutestickons was awarded Gold in the Mom’s Choice Award, USA – for its waterproof stick-on labels.

Kids deserve their own special space to dream, learn, play and have fun. We want to make your life as a parent that little bit easier and a whole lot more fun by helping you create that space,

says Romilla. In her own case, she used to source all the material she needed from abroad or ordered wall stickers online. It helped that her family took many trips to the US as well, with her in-laws settled there.

As she became an entrepreneur, it was her children who became her first customers for everything she wanted to introduce through the company and only after taking their feedback, would she put it out on the table through her signature label.

Bidding adieu to the corporate world

Born and raised in Dehradun, Romilla finished her Masters in Business Administration before moving to Delhi in 1997, where she is currently based. Her husband, too, is based out of Delhi. She later shifted focus to the learning and development sector and enrolled with some training and development firms and had short stints with many companies. She joined Barista Coffee as their National Training Manager too, for five years and later joined a Finnish multinational in an HR role.

Everything put together, it was close to ten years of corporate life after which she responded to her zeal to do something on her own. That entrepreneurship didn’t run in the family was not a deterrent for her. Her father had a job with ONGC while her mother was a school teacher. Her two siblings too are non-entrepreneurs but she was determined to start up in her own way and the business idea following the birth of her two kids, helped her get started.

Romilla started out in 2009 and did her independent research before she got into the venture. The absolute dearth of quality options in the sector she got into, got her started. A fiery entrepreneur today, this 40-year-old mumpreneur finds a lot of promise in her young nephews and nieces who are all charged up with out-of-the-box ideas and look good to embark on the journey of entrepreneurship someday soon. Even her younger daughter wants to start an office soon.

“She says we would soon start our own office in Paris, that place being the fashion capital of the world. Paris fascinates her simply because of the huge influence of her elder sister who keeps telling her stories of that beautiful city,” says the affectionate mother.

Being a woman entrepreneur is not easy, admits Romilla, who herself sorted out things practically.

When you come to the bridge, you do cross it,

says Romilla, a strong believer of maintaining the right balance between personal and professional life. Despite her busy schedule, this mumpreneur ensures that she spends quality time with her children in the evening, be it something as simple as listening to their tales of what they did the whole day.

Her advice to aspiring women entrepreneurs

*There is no right time to do things. If you believe in your idea, do it now.

*Put in loads of hard work as there are no shortcuts to success.

*Be true to what you are doing, only that will stand you in good stead.