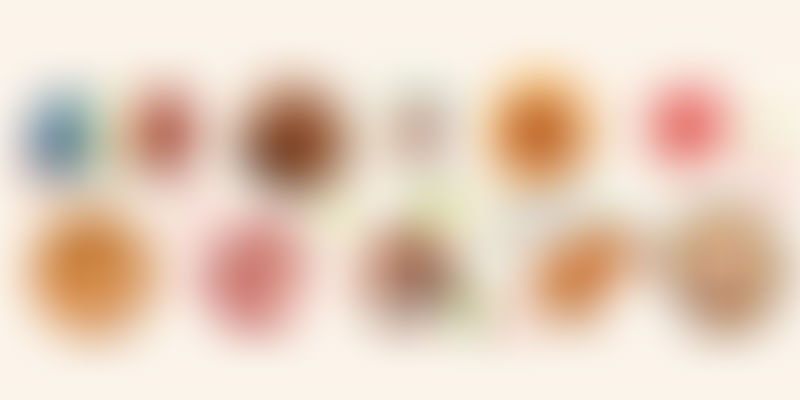 Like many software professionals in India who have the entrepreneurial itch, Amanvir Mundra completed his full circle, in the context of having a job in the software industry up to landing at his startup. During his campus recruitment, he got placed in a leading Indian IT company and worked there for a couple of years. Then he moved to Pune and spent another five years working for Syntel and Fiserv, gained some international exposure while working on an assignment in U.K. and The Netherlands.

Meanwhile, he had his hobby project Traveloholica which is a social platform aimed at promoting local tourism and handicraft. “I think the biggest exposure was when I was selected for an elite innovation and entrepreneurship boot camp at Fiserv. Around the same time I was working on WhiskIt and I could see a lot of potential in this,” Amanvir says.

“The bakery and desserts market in India is valued at Rs 1,500 billion in 2014-2015, and is growing at CAGR of around 12-15 per cent. But strangely, it is still dominated by unorganised players accounting for 90 per cent of the total share. People propelling this growth are mainly home bakers, chocolatiers, cake artists and small-scale bakeries”, he adds.

Exposure to European/international desserts is gaining ground, but there is a lack of standardisation of products as per Indian society. “From a consumer point of view, we have very less clarity on pricing, limited payment options, difficulty to find non-standard and exotic desserts and information on cake artists,” Amanvir notes.

This is where WhiskIt came in.

WhiskIt is a unique, community-driven marketplace dedicated entirely to artisan desserts and bakes. It is an ecosystem where people come together to buy and sell amazing desserts that cannot be found on the shelf in a bakery. It is a community of dessert connoisseurs: talented dessert artists who sell their artisan creations and diehard dessert lovers who come here to find bespoke, mouthwatering desserts and cakes, which they cannot find anywhere else.

So next time you are longing for some melt-in-your-mouth cheesecakes or the most delectable doughnuts, WhiskIt desserts are just a couple of clicks away.

Shops: Imagine hiring your own pastry chef. WhiskIt makes it happen. From big-time bakeries to professional home-bakers to creative chocolatiers to anyone who makes anything sweet can set up shop on WhiskIt.

Community: WhiskIt at its heart is a community of dessert lovers and dessert makers. Follow your favorite shops or artists. Connect with people of similar interests. Share your views, recipes and techniques with fellow connoisseurs and bakers!

Subscription box: Every month WhiskIt curates a beautifully designed box of sweet surprises. With the most indulgent desserts and other goodies created exclusively for customers and based on a different theme every month, each box promises to delight the recipient. “Whether they are gift boxes, cookies boxes or bread baskets we have got lots of fancy stuff lined up,” says Amanvir.

Events: You can find out all about bake-offs, baking classes, carnivals and other events related to desserts and bakes.

Story behind starting up WhiskIt

“It all started as an initiative to help out a friend who wanted to start her brand of homemade puddings. So like a lot of small businesses we started out by giving it a nice name and created a Facebook business page. We added fancy photos of her creations and also did a lot of paid promotions on Facebook. But business was hard to get. Being such a broad platform, a very tiny percentage of people come in to actually buy desserts on Facebook.

This market is big, but still unstructured. Marketing is mostly via word of mouth or through social media, payments are COD, which is always tricky, and visibility is mostly restricted to the neighbourhood or a small part of the city. Gifting on celebratory occasions is still pretty standard in India – standard cakes, bouquets and chocolates. In this on-demand, made-to-order age, these problems seem very primitive, and these can be easily solved. Amanvir says, “Initial plan was to start out with a business listing platform for these bakers. We registered around 150 bakers from 11 cities, just by spreading the word on social media.” Recently, WhiskIt has converted into a marketplace where these bakers can start selling their products.

“To sum it up, we are an Etsy for desserts,” Amanvir adds.

Conversion from a Software Professional to StartUp Enthusiast.

Leaving a nice paying job and suddenly getting cash strapped is always difficult. One tends to start weighing the opportunity cost, the security and comfort of a job against the prospects of the startup. But in Amanvir’s case he was lucky to have really supportive family and friends. “I didn’t have those typical socio-economic challenges which can be the biggest deterrents,” he says.

Coming from a technical background, he feels that his biggest challenge and pain point is marketing. Amanvir is the sole performer on WhiskIt with no co-founder having complementary skills. “But I think that’s the fun of being in a startup; you learn these things, you improvise, juggle between different roles,” he adds.

He says he believes in putting himself in an uncomfortable spot and burning the bridge, so there is no turning back. Self-motivation and improvisation are the ways to tackle these challenges on a daily basis, he adds.

So it wasn’t a split decision for him to leave a secured job and starting WhiskIt, but it rather a gradual process which built up over a period of time. He says he draws strength from his supportive parents who encouraged him to start his own venture.