Women in Tech: The US-India dichotomy 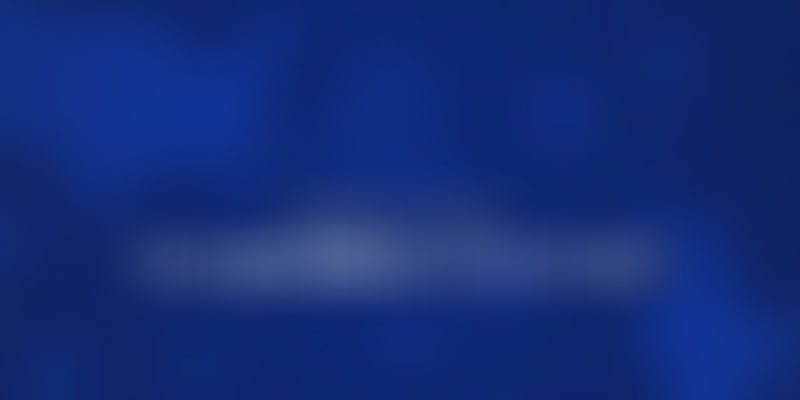 In his book, Geek Sublime, celebrated Indian author, Vikram Chandra writes about how women comprise 30 per cent of the employees in tech firms in India, and only 21 per cent in the USA. While this may seem hard to believe, considering the number of articles and reports we see on gender discrimination in India, it doesn’t surprise me. India is a land of dichotomies.

As a woman in tech, and now the co-founder of a Bangalore and Silicon Valley based startup, I am all too familiar with gender stereotypes and subtle sexism that prevails in the tech industry. Over the last year, Silicon Valley has been wracked by controversies. Leading tech companies are known to have a miniscule percentage of female employees spurring them to pour money into ‘fixing the pipeline’, harassment suits are par for the course for the brave, as is the subtle discrimination which happens everyday, with very little of it ever called out. My hope is that India is more receptive to Women in tech. The surge of women graduating from tech courses and joining tech firms in India are on a steady rise. Obviously, there is no perfect environment for success, so women in India and in the US must learn to adapt to their environment, while also changing it, incrementally every day.

The misrepresentation that we see in tech companies across the globe are not at entry level or mid-level positions but in the senior ones. Differences emerge between men and women in terms of pay, quantum of international assignments and mission-critical line roles. Aspirations and career advancement of women are often affected by the pressure they face to fulfil multiple, sometimes competing, roles at home and work. The situation is strikingly similar in both India and the US. Having said that, India’s tech scene is still not fully established, which means there is opportunity for men and women alike to gain success, influence, marketshare and snap up the clutch positions. Silicon Valley in this iteration of the bubble, is already pretty set in its ways. Change in Palo Alto is harder than change in Gurgaon at this very moment.

Let’s talk about motherhood for a moment – the great moment of attrition for many talented women in the field. Virgin Group announced an unforeseen general maternity and paternity leave policy. Other companies have decided to pay the expenses for flying childcare along with new moms to meetings. Creative solutions exist and I am happy to see companies experimenting in this area. Better and more important than fixing the pipeline for future talent – it’s just as important for companies to retain high potential, talented female employees, especially those in executive roles. Recently, in India, tech companies such as Accenture and Microsoft have come up with extended maternity policies and child care benefits. The Indian government is planning to double mandatory maternity leave from 12 weeks to 24. This is all an encouraging start to setting women in tech up for success, not just at the beginning of their careers, but all the way through.

Here’s a list of points which differentiate both the countries’ working culture:

Startup ecosystem: With the large number of upcoming startups in India, the perception of the word ‘entrepreneur’ is changing. It’s no longer looked down upon to be a first time entrepreneur. It is understood that working at a startup is not “one step from unemployment”. The startup ecosystem in India is relatively new and full of unplucked opportunities. Growing up in Silicon Valley, I witnessed first hand the first tech bubble, saw ideas that grew and plummeted, and new companies that grew out of their ashes. Timing is everything and so is market fit. I started my career in tech over two decades ago and what I see happening in India right now is reminiscent of days gone by in the US – there are simply a lot of opportunities for those who take them. You can still google app ideas and software as service ideas that don’t yet exist or haven’t been tried yet in India. It’s this kind of environment that is prime for young women and men with an understanding of tech.

Women with technological background: The perception that coding and programming is a man’s job has manifested itself in the small numbers of women in tech in the US. In India, women feel at home in engineering. This is a major cultural consideration – and a key difference between India and the U.S. The IT boom saw a large number of female employees joining leading tech companies, and now with senior positions and a wealth of experience they are in a perfect position to spin off their own companies. The only question is, will women in India take this opportunity?

Infrastructure for startups: Part of what we do at my startup, Mavin, is think about what we can do to encourage healthy growth of the startup ecosystem in India. In startups, infrastructure may become a hurdle for entrepreneurs, and especially, the lack of a common culture for entrepreneurs. In places like New York City, Silicon Valley, and even Silicon Beach, there is a host of networking events for co-founders, CTOs and the like to swap stories and help find talent. There are classes, boot camps, and conferences. India needs some of this to round out its ecosystem and create a culture of success.

Ageism: India has the youngest startup ecosystem in the world, with the average founder’s age at 28.5 years. In Silicon Valley, the world’s largest startup hub, the average age is eight years older than in India at 36.2 years (although the startup scene is publicly represented by much younger stars). In India many companies don’t hire younger women, as they are not sure they will stay on after marriage, or are not comfortable accepting independent women as entrepreneurs after a certain age. So in India, for older women it becomes difficult to be accepted by the ‘young guns’ as a startup entrepreneur, and it is hard to get hired if you’re younger. Ageism exists in the US, too, but in Silicon Valley the prevalent problem is that of pattern matching: Being young, white and male, and in tech, gives you a far better chance of securing venture funding than if you are anything else.

Failure Acceptance: A few years ago in the US failure was rebranded to be a component of success. We have things like “fail fairs” and a general understanding that failure can mean the beginning of great things. In India people don’t have the tendency to accept failure in the same cultural context. They are not forgiving of startups stumbling; which is not the case in Silicon Valley. In the US many entrepreneurs fail and start new projects without it being a hurdle for them. The fear of rebuke or rejection from family and friends is a challenge for Indian entrepreneurs as Indian families are usually constrained to an archaic vision of the successful businessman. Above that, for women entrepreneurs, work-life balance is an area of constant failure. As a mother myself, I know how hard it is to wonder if I am failing when I am trying to do so much. When Indian women have to simultaneously run their families and their companies, and do so without acceptance of failure, it is a much harsher scenario than it is for working moms in the US.

Even though there are so many differences in the culture, businesses today have become borderless, and in a global economy the blurred lines lead to opportunities which can be tapped across the globe. Plenty of international companies have targeted the Indian market; but now Indian companies are also moving across borders because they have both the capacity and capability of moving out. If I need to make my company global in today’s scenario, it wouldn’t be a problematic situation for me to start from India.

Being a female Indian entrepreneur working in the US and India, I have seen first hand what is happening in both worlds. The differences in each country and the opportunities afforded by each are mind-boggling. Any would be female entrepreneurs out there in India should most definitely take what India is offering them right now: a green space for ideas to thrive and a chance to re-shape the perception of women in tech in this next generation of India’s innovation economy.

For more conversations on Women in Tech, join our community. Do you know any women in tech? Tell us their story here.