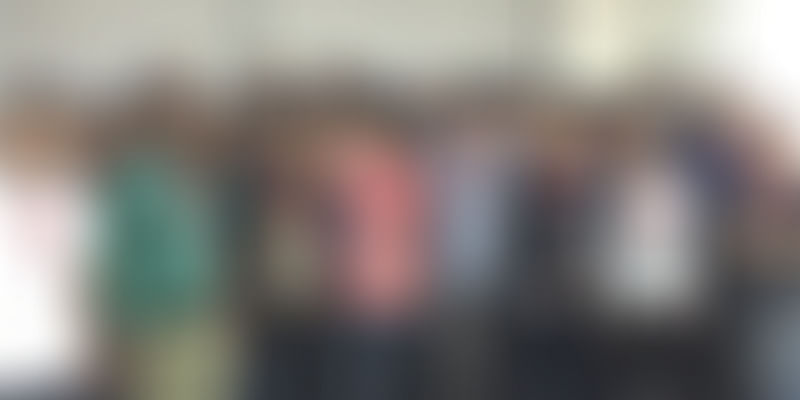 lets you control your home using a mobile phone

Started by three IIT-Guwahati graduates - Dhruv Ratra, Swati Vyas and Rahul Bhatnagar - Cubical Labs is a wireless, home automation solution which can be controlled remotely through a mobile device from anywhere in the world. The vision of the company revolves around developing products which are cost-effective, safe and contribute to energy saving and at the same time reduce human effort.

Cubical started in the college labs and was inspired by the college faculty. The founders at Cubical Labs, incubated at IIT Guwahati in 2013, took their time creating the product with effort in testing and optimisation of manufacturing process.

Dhruv says “Home automation technology gives you complete control of your homes on your smart devices such as a mobile or laptop or a tablet. You can dim the light, customise the music system using your mobile phone without any extra wiring. Also, you can integrate your IP cameras with the product and get live feed of your homes from anywhere in the world. From being energy efficient, safe and secure, Cubical aims to make living easy using technology.”

Cubical started its major operations in Delhi–NCR and Mumbai a few months ago and has grown from a team size of three to 65 in a span of six months, with more than 20 per cent of the team comprising of IIT/IIM graduates.

The team has landed more than a few real estate deals with builders and has been successfully selling its product for the past two months. It is now looking to raise Series A round of funding and subsequently expanding its services across India.

Starting off in the niche market of home automation, Cubical Laboratories competes with global giants such as Schneider, Legrand, Honeywell and Fibaro.

Cubical relies on its own proprietary technology called the ‘Cube-R’, a high-level communication protocol used to create personal area networks relying on radio frequencies. Cube-R, according to to the team, is a non-bulky protocol which enables it to expedite the whole process of data/command transfer, thus making the company’s systems quicker than the rest. The protocol uses 128 bit AES encryption, the same encryption used in credit card transactions keeping security in mind.

Other than the usual on/off, mood lighting and scheduling of appliances, the company has a patented regulation feature for all the appliances routed through its device. This lets you control the speed of your fans and ‘dim’ your chandelier/incandescent bulbs/dimmable lights without the need of installing multiple control devices and external dimmers. This is also the feature to integrate IP-based wireless cameras and curtain motors. To avoid service-related hassles, the team at Cubical takes care of installation and servicing, and include a standard ‘no questions asked’ replacement guarantee for the first year absolutely free of cost as well.

Cubical SmartHomes has the smart energy monitoring and management system, which tracks energy usage on a real-time basis, thus enabling users to reduce consumption and conserve resources. The smart and intuitive app helps you understand average energy consumption graphs on a daily/weekly/monthly/yearly basis, track consumption spikes and figure out faulty devices as well.

The home automation market in India

The home automation market in India is still quite young but definitely has a lot of potential. With smartphones being the doors to smart homes, the rise of more than 130 million smartphone users makes India a huge and unexplored market. Also with a demand for more than seven million units over the next five years in real estate, most of which is from high income group in the top tier cities, the home automation market scenario has never been better. This potentially makes India an even bigger future market than most developed countries.

The founders feel that the biggest barriers of entry for any conventional home automation system today in India are extreme prices, wired and hefty installations and lack of awareness.

Their complete business model is based on the realisation that the Indian market is not yet ready for a Do-It-Yourself kind of product. However simple the electrical installation may be, it will definitely involve handling electrical wires and hence going for an e-commerce kind of model could be a mistake.

Also since home automation is a fairly new product, potential customers are wary to buy such a thing directly off the internet without really understanding what it is.

In the future, Cubical plans to run campaigns to create awareness about home automation services and technology.