Gandhi’s startup sutra, are his words relevant today? Hear it from social enterprises and entrepreneurs 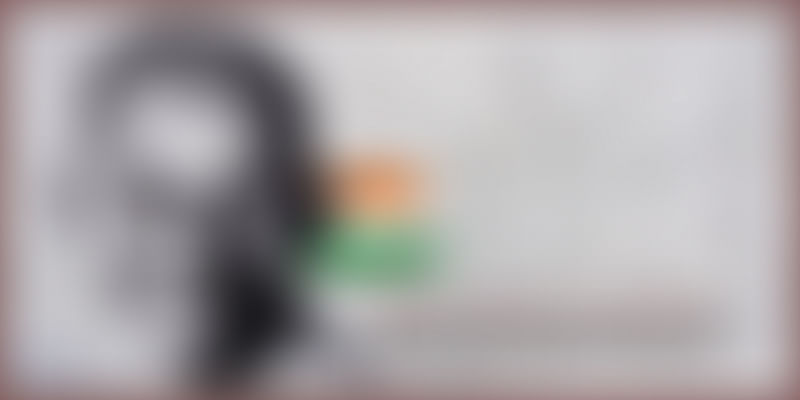 Born into aristocracy, Mohandas Karamchand Gandhi had a comfortable life until his career in law didn’t take off in Mumbai and he moved to South Africa when a lucrative job opportunity presented itself in 1893. And this is when he got a fate changing jolt. Gandhi was travelling by rail from Durban to Pretoria with a first class ticket. A white man got him thrown out of the train with the help of local police. Why? Back in those days, no Indian, even from the upper echelons of society, was not allowed to travel in the first class compartment along with white people in South Africa. This left a profound impression on him and he wrote about this incident in his books. “I was pushed out of the train by a police constable at Maritzburg, and the train having left, was sitting in the waiting room, shivering in the cold. I did not know where my luggage was nor did I dare to enquire of anybody, lest I might be insulted and assaulted once again. Sleep was out of the question. Doubt took possession of my mind. Late at night I came to the conclusion that to run back to India would be cowardly. I must accomplish what I had undertaken.”

And Gandhi was now a man on a mission. From alleviating the condition of Indians in South Africa to being the man who used non-violence to purge the British out of India. His life is a lesson in many things, be it spiritual, or just his ideology of simple living and high thinking. On his 146th birth anniversary, we spoke to some social entrepreneurs and startups to quiz them about how they feel about Gandhi’s golden words.

Devanshi Seth, Founder, Take Care, a social enterprise in the elder care space, says, “Remember if you believe in your business enough to be able to picture it, then your honesty and determination is enough to make it happen.”

Rajat Chabba, COO, Agrasar, “Agrasar is a melting pot of diverse cultures, backgrounds with common belief to promote sustainable development of marginalised communities. What started as a belief of few individuals has translated into a core purpose for a team, partners, community and the participants. At Agrasar, driven by values of integrity and impact, all decisions are organically driven and influenced by the depth and breadth of impact that our actions will create. That’s the Agrasar way and will script our destiny in times to come.”

Vinod Karate of STIR Education, says, “It makes so much sense coming from Gandhi. Every day as a startup, we fail, there are days when we feel that anything we do, things won’t change much but then hope takes over, especially when we interact with teachers, government officials, etc. Despite all the challenges, there are these teachers who really are their own and yet they don’t give up. These pockets of hope that allow us to dream that one day, we will change the course of history.”

Dev Arora, co-founder, 8Minutes, a solar energy company, gives us his take on this Gandhian quote, “This is very reflective to me at this point. We’ve to make a lot of decisions every day. Steve Jobs said that the first 30,000 or 50,000 decisions you make in a company are the ones that define 10 year, 20 years or the lifetime of the company. And these decisions are the ones that you have to reflect inside with. Are these in line with the moral compass and the company we want to build?”

Dev adds his take about this quote by Gandhi, “Some decisions we make will be right and some will be wrong. But what’s best is that no one judges us about it. We have the freedom,” he adds with caution, “but we don’t make the same mistake twice.”

Aatish Rathi, co-founder, WHAT Club, an organisation that engages urban youth to give back in any way they can, tells us, “It’s very relevant to me. Faith has always been the biggest saviour in my journey. It always makes me realise that you always get what you need somehow. Even in difficult situation, it has been this faith that has kept me going.”

“Satisfaction lies in the effort, not in the attainment. Full effort is full victory”

Kavita Sharma, director, Project Prayas, a project for autistic children, says, “Continue the work and somewhere along the line you will achieve. But again, if I see from the perspective of what is happening around the world, the flip side is that recognition is required. Don’t leave your path nonetheless.”

Ramakrishna NK, co-founder and CEO, Rang De, finds relevance in Gandhi’s words and says, “At its core we believe that everyone has the power to become a changemaker. They key lies in creating opportunities for people to experience empathy and start their journey of changemaking. Every engagement of Rang De Social Investors with our community of low income entrepreneurs has resulted in a disproportionate increase in participation in terms of money and more importantly time”

From how the entrepreneurs resonated with the quotes, Gandhi is still relevant today. And perhaps no other quote of his sums up the startup sutra better than – “Be the change you want to see in the world.”