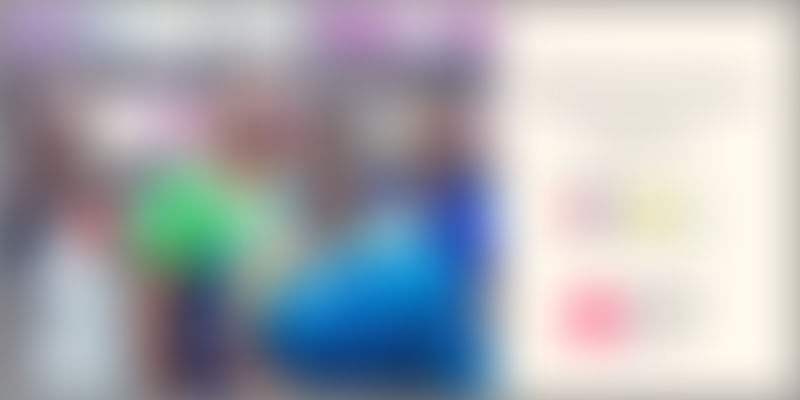 This article is sponsored by eBay

As a young girl from a middle-class family in Davanagere, Girija had wanted to become a doctor, but she was married when she was quite young and her life then revolved around her husband and her family. “I tried going to college while managing my home and family, but it was very difficult. So I decided that I would ensure that my children would be educated very well,” she recalls.

Girija put her children in an English-medium school though she herself hadn’t studied in one, and helped them through their school years every step of the way. “I’ve always believed that you can achieve anything if you put your mind to it,” says Girija. So when her children came to her with school work, she went the extra mile, taught herself first and then helped her children.

Hers is a traditional family that you hear about so often. Her husband’s family, mostly based out of the US, also owns a saree business in Davanagere. “I took care of my family and my husband managed the saree business,” says Girija. She never thought of becoming a businesswoman until a trip to Bengaluru sparked off an idea in her head.

During a shopping trip in the city, Girija saw the wide variety and different qualities of lingerie available. “This got me thinking. I knew that girls in my hometown too would want to own such lingerie but had neither the access nor the means to buy such garments,” recalls Girija.

In Davanagere, as in so many small cities and towns across India, lingerie options were limited, even more so because the sale is often handled men, and there is a certain awkwardness associated with the entire buying process. This, in turn, means that most women aren’t aware of how to pick the right kind of lingerie for their body type.

“I wanted to do something about this and thought I would sell lingerie in our saree shop. But I also knew that it wouldn’t have the kind of reach I wanted,” recalls Girija. Hence, after much research and several rounds of discussions with her family, Girija decided that she would make lingerie available through her own website.

Elaborating on her decision to go online, Girija says, “Everyone is on the computer these days. Even in my town, people have access to computers but not to good quality lingerie. It’s the same with every small town in India. So I decided to merge the two.”

Her research and planning showed that it wouldn’t be viable to go to big names or employ MBAs to kick-start things. So she decided to start the business in Davanagere and work with people from the town itself. Girija’s sons built the website for her and developed the software she needed to start her business. And that’s how Gangavathi Exports was born.

Given that the main focus of the business was to ensure that women in rural India too had access to good quality lingerie at affordable prices, the main challenge was shipping and getting their merchandise across to the customer. Packaging was easier because the family had expertise and the material needed at the family’s saree shop.

Initially, the company used Speed Post, but it took quite a bit of time to get their products to customers in rural areas. To tackle this problem, Girija decided to tie up with different courier companies.

She says during the early phase of her business, when she was struggling to establish herself, selling on eBay gave her a solid foundation and helped her expand her venture.

The next step was to involve young women from Davanagere in the venture. “Women naturally find it more comfortable if another woman is selling them lingerie, so I saw this as an opportunity to employ educated women in the business,” explains Girija.

Today, Gangavathi Exports ships its products not only all across India, but also to different parts of the world. “I want all young girls in the world, of different economic backgrounds, to have access to good, high quality lingerie at affordable prices,” says Girija.

Girija’s venture has already begun getting the attention it deserves – she has been chosen as one of the six winners of eBay’s SheMeansBusiness contest.

“My single-minded focus is to get every woman in India, even in rural areas, access to a wide variety of high-quality lingerie,” reiterates Girija.