Haryana is planning to replace its rickshaws with e-rickshaws 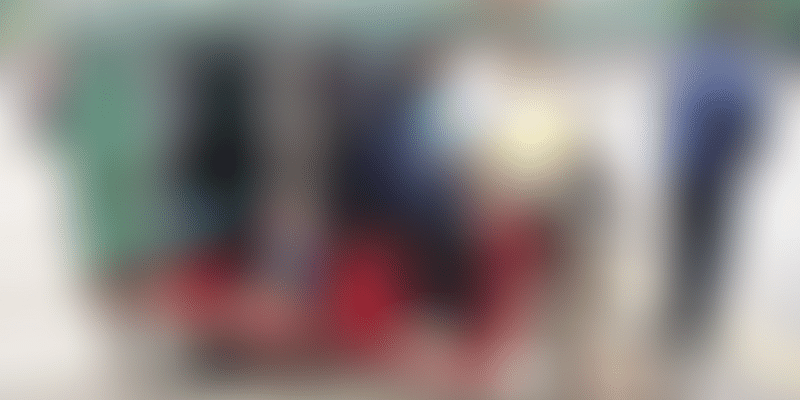 Haryana government is mulling replacing pedal rickshaws with e-rickshaws in the state, Chief Minister Manohar Lal Khattar said, as he called for putting an end to the “inhuman” practice of “pulling the weight of other”.

“Everybody should work hard to earn their livelihood, but pulling the weight of other is like exploitation,” he said. Khattar said that he was pained to see the difference between two people, as one was sitting on the rickshaw and the other was pulling his weight. The chief minister said in Karnal that surveys would be conducted to ascertain the number of pedal rickshaws in Haryana so that they could be replaced with e-rickshaws.

He was speaking after handing over keys of 50 e-rickshaws to as many pedal rickshaw pullers in Karnal, the Assembly constituency he represents. Khattar said initially the scheme has been implemented in Karnal and after its success it would be replicated in other cities of the state.

He said that at present 50 beneficiaries have been distributed e-rickshaws under the ‘District Innovation Fund’ at a cost of Rs 54 lakh. Later on, more such beneficiaries would be covered under this scheme, he added. Each beneficiary would have to pay only 10 ten per cent of the total amount, he said. The chief minister also directed to reserve some e-rickshaws exclusively for women, so that they could travel in them without any inconvenience.

“Rickshaw pullers, who are aged and used to take them on rent, have been selected under this scheme,” he said. Accompanied by Chief Parliamentary Secretary Bakshish Singh Virk, the chief minister also drove an e-rickshaw. Stressing on the need to stop the “inhuman” practice of pulling pedal rickshaws, Khattar said that everybody should work hard to earn their livelihood, but pulling the weight of other is like exploitation.

He said that to curb this practice and to bring rickshaw pullers into the mainstream of the society, this scheme has been started. Sharing his experience, 61-year-old Khattar said that during his eight years of stay in Delhi, he used to watch pedal rickshaws between Chandni Chowk to Red Fort. The chief minister said he was pained to see the difference between two people, as one was sitting on the rickshaw and the other was pulling his weight.

Thanking the chief minister, Karnal Deputy Commissioner J Ganeshan said the initiative of e-rickshaw is a step towards making Karnal a ‘Smart City’.

Haryana plans detailed survey of homeless people, aims shelter to all by 2022