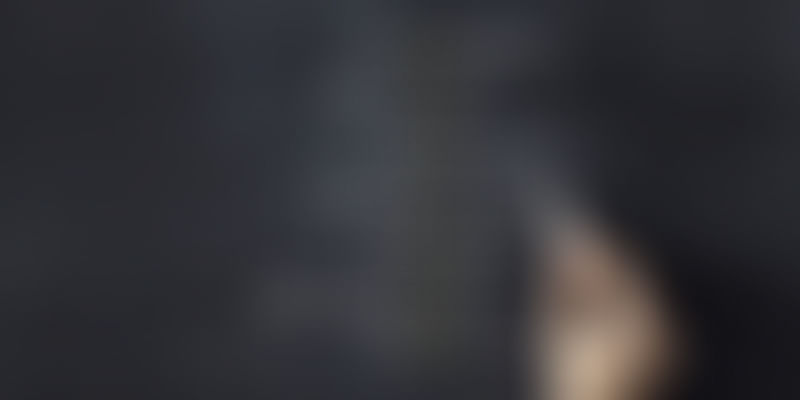 A culture of equity, a sense of purpose, relentless innovation, a rocket trajectory for growth, and open innovation are five key approaches for startups to survive the roller-coaster ride to success. These were some of the tips offered at NASSCOM’s recent Product Conclave in Bangalore.

The event spanned three days of workshops, panels, keynotes, startup pitches, investor meets and digital expo (see my photo essay on the exhibition). Here are my five key sets of takeways on innovation insights from the speakers.

“Equity culture and angel investors are key success factors of Silicon Valley,” said Dave McClure, who describes himself as ‘troublemaker and Sith Lord’ and is Founding Partner of 500 Startups.

“It is the founders’ duty to India to create an equity culture in their startups so that there can be angel investors further down the road,” he urged. India has come a long way in its startup journey, he said, regaling the audience with an image about the earlier days (‘Kitne startups thé,’ a spoof on the immortal Sholay dialogue).

Dave recalled that though he was employee number 250 in PayPal, its successful exit gave him enough money to branch out into his successful career as a super-angel investor. The legendary ‘PayPal mafia’ spawned a range of companies who also supported each other in their new successful ventures. Indian startups should give equity to all employees and not just keep it to founders or managers, he advised; this is beneficial for the ecosystem in the long run.

“India is good in engineering, but needs to improve in product development and design,” Dave added (see my articles on design takeways from NPC 2015 and UX India 2015). He offered a number of other useful insights. Learn how to use channels as weapons of mass distribution. Non-tech companies are now acquiring startups for innovation.

Cautious investors should invest in startups as well as co-working spaces, so they can benefit from the real estate as well as from the success of those startups who make it. Accelerators should verticalise, and get sponsors from government, academia or corporates.

“Don’t worry about going to Silicon Valley or becoming global – Silicon Valley is coming to India, and India is a big enough market!” Dave said. Many Silicon Valley startups were created by immigrants from countries with tough environments such as India, so local entrepreneurs should have enough confidence in themselves.

“Strategies and technology will always change. What matters is purpose, people and teamwork,” said Jen-Hsun Huang, Co-founder and CEO of graphics-processor company Nvidia. “There is always a new frontier, even if you are Number One,” he added.

The company has been through three waves of technology in the PC, Internet and mobile era – with more to come, especially from the needs of disciplines as varied as education and gaming. “It is the state of mind which keeps startups going and growing,” he said.

Nvidia has had to expand into fields like computational physics and deep learning to master new kinds of animation techniques and artificial intelligence. Having a sense of purpose and involvement in the ecosystem helps pick up weak signals and harness them.

“Failure is how you learn, so learn how to fail. Gymnasts first learn how to fall,” explained Huang. The company came close to going out of business on five occasions, but always pulled through and learned from its experiences.

Mohit Saxena, Co-founder and CTO of inMobi, compared his company’s startup journey to that of a rocket – a fitting metaphor on the day of his presentation, October 15 (the birthday of India’s late great President APJ Abdul Kalam). Choosing the right metaphor can help envision the path of an entrepreneur, eg. marathon, mountain climbing and air flights are commonly used.

In that regard, inMobi's journey can be described in three phases: liftoff (basic mobile ads), escape velocity (added emphasis on UX and consumer value), and orbit reinsertion (with a new niche: mobile discovery). The job of the founding team is to launch and accelerate the startup, and then reinvent itself to create new market sectors.

Google has the intent graph, Facebook has the social graph, but inMobi has the emotional graph which is the most powerful thanks to the ubiquitous nature of mobiles, Mohit claimed. “Mobile is the largest distributed platform for commerce in the world,” he said. Mobile discovery along with storytelling and interactive conversations can help make advertising “beautiful and valuable” instead of annoying and irrelevant, thus opening up new opportunities for startups.

Relentless innovation is key for scale and reinvention of startups, said Tayloe Stansbury, CTO of design-centric fin-tech firm Intuit (see also my review of the books ‘Unrelenting Innovation’ and ‘Reinvent’). The company operates at the sweet spot of three intersecting circles: an important problem, an effective solution, and durable competitive advantage.

Its design focus and resilience have helped the company stave off fierce competitors like the mighty Microsoft, in market segments like consumers, SMBs and accountants. “Have a big vision – but take small bites at it,” Tayloe advised.

Intuit has kept up with waves of technology change, and uses a combination of ‘top-down’ strategic innovation and ‘bottom-up’ emerging innovation. Employees are allowed to spend 10 per cent of their time tinkering with new ideas, a practice which leads to over a hundred practical new ideas implemented each year.

“We engage with startups to develop solutions on top of our platforms, or we acquire them,” Tayloe added. Intuit’s India unit is consistently rated as among the best companies to work for, and with a high rate of retention of women employees.

The rise of the open hardware movement and maker spaces bodes well for product companies and other creative firms as well. “Arduino costs have come down from Rs. 5,000 to Rs 500 in the past few years. This is good news for tinkerers and students, and will benefit hardware companies such as ours,” said Sagar Apte, Founder of CarIQ.

NPC 2015 also featured a Mini Maker Faire and a panel track on the maker movement, with speakers from companies such as WorkBench Projects and AutoDesk (more on that in the next edition of PhotoSparks). IoT is connecting the devices industry, opening up new kinds of innovation for smart devices as compared to the earlier era of standalone devices.

Many companies even in sectors like fin-tech are taking part in maker fairs and hardware hackathons to foster a spirit of creativity among their employees, said Owen Priestley, Chief Connector at Capco. “There’s never been a better time to be young,” he observed, pointing to the increasing involvement of students in maker spaces.

Other speakers addressed the role of venture capital firms on startup valuations and innovation agendas. Insights on the transition from services to product companies were offered by Sandy Carter, General Manager, Ecosystems and Social Business Evangelism at IBM (see YourStory interview). She also offered five social media hacks for startups: build your social graph, know your clients, know their infleuncers, engage with speed, and celebrate your customers.

“There will be more developers in India in 2020 than anywhere else in the world,” said Marc Naddell, VP of Ecosystems at MediaTek. This makes India a fertile ground for developing innovative products for the world stage in the next five years, he concluded.