From a chip design engineer to the VP Business Development InMobi, Vasuta Agarwal has donned several hats in her corporate life 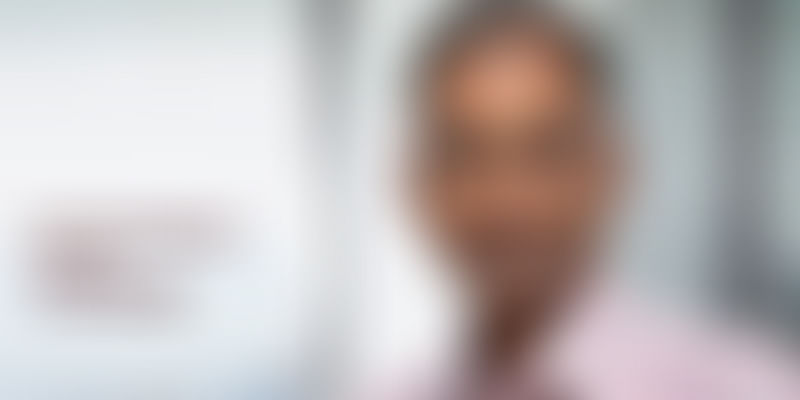 In a world where most of the awards, panels, and talks are governed and headed by men, Vasuta Agarwal, VP, Business Development, InMobi, carves a niche for herself in a male-dominated world. The daughter of Professors at the Lucknow University, Vasuta completed her electronics engineering from BITS Pilani and her MBA from IIM-B.

Vasuta says “I joined InMobi as part of the Founders Staff Team, which was actually a sort of corporate strategy and operations team working closely with the founders on different initiatives.”Vasuta says that the role really was the foundation of her career path at InMobi as it gave her the opportunity to work with the senior leadership and understand various functions across the organisation.

Vasuta did a short six months stint in the product team handling the location-based advertising and online sales products. Post that she had an opportunity to move on to a business role – “which was where both my strengths and interests were,” adds Vasuta.

Being the only child, Vasuta says she was pampered but her parents ensured that she got the right balance of academics and extra-curricular activities right from the start – from sports to dancing to debating to drama. Vasuta also did a year of schooling in Canada, which she believes was a great experience at an early age to understand and learn from a new culture.

Also read: From seeing the dawn of Windows to being the director of technology for Tesco, Bengaluru, Vidya Laxman’s journey

For the last 10 years, Vasuta has worn several hats. She has worked as a chip design engineer at Intel, an investment banking intern at Goldman Sachs, a strategy consultant at McKinsey, and several different roles at InMobi. “The diverse nature of these roles, the team members and clients I have had the opportunity to work with, and mentors I had in each of them have really helped shape my career and the individual I am today,” adds Vasuta.

The last three years, Vasuta says, have been the best for her in terms of learning. She says that helping the business grow and solving challenges in a fast-paced industry and even faster paced organisation is absolutely thrilling. “And the best part has been doing it in a place which values performance, attitude, and drive irrespective of age or gender,” adds Vasuta. She says one of her biggest learnings has been – do what you enjoy and do it well and success and growth will come on their own.

Vasuta says she has been one of those lucky few who having been a part of a male-dominated environment has never felt uncomfortable because of gender bias. She adds that she has always taken her gender as an advantage. “As there are fewer women in the workplace, you can use that as an advantage, and shine and differentiate yourself,” adds Vasuta.

However, Vasuta hasn’t been immune to gender bias. Citing an example she says that a real estate developer or bank officials are hesitant to talk to her and want to talk to her husband and address all their questions to him since they assume she won’t be able to understand it. “I usually ignore such instances and my husband has this hilarious one liner where he says ‘I feel sorry for them since they don’t know any better’,” adds Vasuta.

Nevertheless, Vasuta says that in the recent years there has been a growing awareness of the lack of women in workforce and technology. “There has been a need for this forever now,” adds Vasuta. She says that women bring in a lot of balance, through their perspective, working style, drive, and empathy. This is not only the field of technology, but others as well.

“There are great role models in the technology field from the west like Sheryl Sandberg and Marissa Myer and really hope that because of this growing awareness we will soon have someone like them from India as well,” adds Vasuta.

Vasuta adds there are much fewer women leaders and experts at a senior enough level and in the limelight in organisations in India and hence most of the networking/business events end up being male dominated. She adds that if we can solve that at the fundamental level of grooming and mentoring enough women to rise up the corporate ranks, we will see enough representation of women at such events.

Challenges, Vasuta says, are a part and parcel of any corporate career – the important part is not to get stumped by them and keep moving. Some of Vasuta’s toughest challenges have been decision-making challenges at different stages of her life – be an economist or an engineer, how to balance her work and personal life, choosing a technology startup career over an established consulting one, and many others.

Vasuta says, “The only way for me to overcome these challenges has been full and complete independence to make these decisions with unwavering support and belief from my parents and my husband. Because of that there has been no looking back and no regrets.”

Some of the problems and challenges of her role are typical to that a fast-growing industry and startup. This include managing constant change, finding and grooming the right talent, staying abreast of emerging industry trends, products and competition, making and managing client relationships. Also as leader, Vasuta says, there are various complexities associated with managing a large team and business across different functions and geographies.

“Know yourself well – your strengths, failures, aspirations, ambitions, and fears – as that is what will guide you best. Don’t think of yourself as a woman leader but as a leader – that is where the change in thinking starts. Balance in life is key – be bold in your approach and thinking yet be open to failure or defeat, be proud of what you have achieved or done yet be humble about yourself, be driven in your work or what you do yet be empathetic towards others.”