At birth, Muskan Devta was given 100 hours to live, she turns 16 today 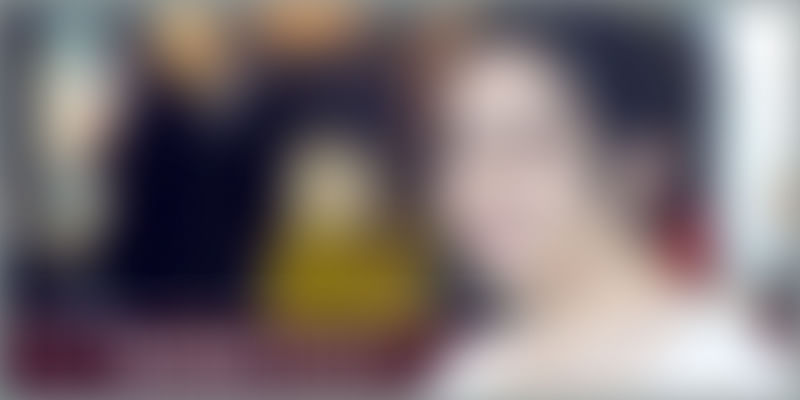 At birth, Muskan Devta was given 100 hours to live. She turns 16 years today.

Born prematurely at 32 weeks when her mother’s water broke, the birth weight of Muskan Devta was a mere 1.2 kg when she opened her eyes at 11:10 am on October 6, 1999. She had under-developed lungs and three holes in her heart. Born in Ahmedabad, the doctors at the hospital mentioned that it was low birth weight which was responsible for her condition. Diagnosed as partial hemiplegia, it left the right side of her body paralysed.

Muskan had eyes full of hope

“Her eyes were full of life and hope, she was such a beautiful baby who wanted to live. And yes, the critical 100 hours were soon over,” says Jaimini Devta, Muskan’s mother on a call with the mother–daughter duo from Auckland, New Zealand.

Jaimini has one regret though. “I couldn’t even hold her, she was directly taken to the incubator immediately after birth. As young parents, we certainly did not want to give up and held on to our faith and belief and it did pay off,” recalls Jaimini.

With it being the winter season, the parents were told to create a very special intensive care unit for their daughter. Her condition gradually improved over a period of six months and though her right side developed weaker than the left side, she was like any other normal baby her age. The way she walked was, however, a little different.

Moving base to New Zealand

It was upon advice of the doctors that Muskan’s parents decided to move to New Zealand. “Here we would get better opportunities for her treatment and it would be a more inclusive society, we were told,” says Jaimini. And the parents are so happy that they took such a decision in 2004 to help their first-born.

For the four-and-a-half year old Muskan it was difficult to get adjusted to school. She was slow as compared with the other kids and was not accepted very well in the initial days but that was a brief period, recalls Jaimini. “It was a period when she was also trying to understand and accept herself,” says the mother.

Today, Muskan is a writer, radio jockey, and an inspirational speaker at many events and has overcome all challenges just by her sheer will.

She got a corrective surgery done on her right foot at a public hospital in New Zealand. Though she continues to wear glasses even today, and walks a little slowly, she does not have to wear braces any more. The holes in her heart were automatically filled up with age.

Caring for her little brother

When Muskan was six, her brother Aman was born. That marked a new beginning in her life. Jaimini thought it was the perfect opportunity to train her in being independent. Muskan had on her responsibilities of her little brother and was eager to get back home from school just to be by his side and attend to Aman’s needs. She was eager to do things for him.

That eventually helped in growing her self-belief and by the age of nine, she had donned a writer’s hat. Her first piece was a short story, ‘My Friend Ganesha’ where she wrote about him and the way his head was replaced by an elephants’ head. That story was selected by the Ministry of Education, New Zealand government.

Muskan’s autobiography, ‘I dream,’ which she penned in 2014, is now a part of the Ethics curriculum at Wesley Girls High School, where she studied.

“It was because I did not have many friends that I started writing,” says Muskan. Her TED talk on ‘Borrowing Courage’ speaks on how a person can use inherent courage or needs to borrow it depending on the situation.

She recently spoke at the Festivals for Future, where she discussed how every strength is a product of some human fear.

“Whatever has happened has been hard on me but for good reasons,” says a chirpy Muskan as she gets into the conversation. “I had trouble making friends and felt lonely. That is when I started reading voraciously and writing, I needed to express myself in some way and this was the best that I could think of,” she says. Also the fact that she was an introvert ensured that she began writing which turned out to the perfect outlet for her suppressed emotions.

“When I started writing, I just kept writing, I just couldn’t stop. Mera man halka ho jata tha (I used to feel light after penning down my thoughts),” she spouts off in impeccable unaccented Hindi.

And it is this flawless Hindi which got her the opportunity to turn RJ on Radio Tarana, a popular radio station in New Zealand. She anchors a children’s programme there.

She turned RJ when she was 12 and started writing articles for the school’s newsletter too. Completely

hooked on to criminal series on television, Muskan wants to become a forensic scientist on growing up.“I love devouring books on criminal investigation by the dead of the night. I enjoy being an RJ as well and can spend hours writing even. So there are backup career options if a career in forensic science eludes me,” says Muskan rather sportingly.

Of late, she has been taking a lot of interest in speaking about women and leadership and wants to build two rooms in a school for blind girls, in Odisha, her father’s native state.

Muskan is fond of baking too. She says with a lot of enthusiasm in her voice that she has baked brownies for the first time for her friends, who are visiting her shortly. She says she has three best friends, all of whom have stood by her and been her support system throughout high school. Today, Muskan is a student of standard 11 and lists out English, Spanish, and Chemistry as her favourite subjects.

Muskan opens up about her little brother Aman. “We take care of each other very well and share responsibilities at home when parents are away. I am the closest to him in my family and we understand each other the best, perhaps even more than what we share with our parents,” says Muskan. It is indeed hard to miss the affection that Muskan echoes for her brother.