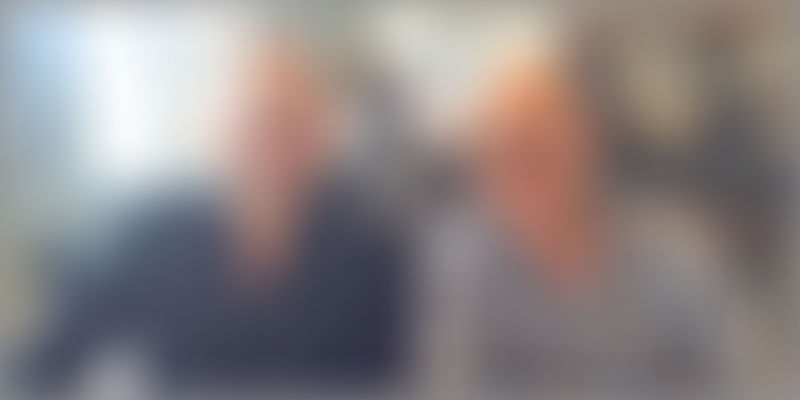 Being in complete control of one’s inbox is not an easy task for startups or large-scale enterprises. As a startup scales, the volume of email interactions grow exponentially and ‘Inbox Zero’ becomes an elusive dream. Sortd is a product designed to help users maintain a more clutter-free inbox focussing on ‘Inbox Zen’, by marrying email with productivity tools.

Sortd is a ‘Smart Skin’ that transforms Gmail into a full-fledged organiser. The founders are positioning the web and mobile(beta) app as ‘Email 2.0’ that allows users to manage their emails and tasks in a single, visually-organised workspace. Sortd’s long-term vision is to create a new way of working where email is integrated into people’s priorities rather than being their dictator or driving force.

Many beta users have compared Sortd to Trello for its functionality and Tweetedeck in terms of design and layout. Sortd aims to go after the general public and also compulsive list-makers who follow methodologies like GTD, Kanban or the Pomodoro Technique.

Sortd has a number of features, such as reminders, notes, and the ability to rename the email subject. Similar to Google’s Inbox, it also offers a way to pin emails to the top of any number of to-do lists along with the functionality of drag and drop sorting.

The Sortd. team gave YourStory early access to check out their web app. Through it, users can toggle between three view options: full Sortd view, minimised and sidebar mode (showing Sortd alongside Gmail). Other features include:

-Customisable lists that allow users to tailor their personal email workflow and style of working with email to group to-dos and emails by everything from projects to people.

-Merge related email threads and set due dates, reminders, and notes on emails and tasks and the ability to reply to emails directly from the priority list.

-Customised live updates: New messages relating to important tasks arrive in the user’s priority list(s), allowing them to see live updates in context rather than in a jumbled feed.

-Snooze emails: Users can 'snooze’ emails that they don’t need to deal with right away. (This is a new feature)

Wayne Silbermann, Rodney Kuhn and Bradley Greathead are the founders of Sortd and currently work with a team of five people. Wayne and Rodney have been in the startup space together for about 14 years creating solutions to everyday consumer and enterprise problems using mobile, social and web 2.0 platforms. They were originally funded by Internet billionaire Mark Shuttleworth - famous for founding the Ubuntu operating system.

They have commercialised a number of tech ventures including interactive radio with the Mybeat music discovery service; StudioSMS an interactive mobile campaign management platform and Flirtnet, a mobile dating service in Africa. Bradley joined Wayne and Rodney shortly after they started Sortd and has since been the company’s CTO.

The need for Sortd arose out of a personal need for the founders. They couldn’t find an effective way to manage their priorities without email being an additional burden. As long-time entrepreneurs juggling numerous business focuses, the founders’ struggles to stay on top of email inspired Sortd. Wayne says,

“When we started our private beta we quickly learnt that solving the world’s email problems is no easy task. We had a lot of fixing to do. But we soon got over the hurdles and Sortd started coming to life.”

They got their first big break on Product Hunt. Wayne says,“After Sortd was featured on Product Hunt earlier this year, it has started becoming popular among Gmail users, especially those that are using Google Apps for business email.”

They also got a lot of feedback from the Product Hunt community, with mostly positive reviews and more than 1,500 upvotes. As they were in private beta, the company started rolling out invite codes to manage the scale.

Today, Sortd is extending their beta program to a wider audience of 20,000 users through invites and is also introducing new features. Rodney adds, “We have introduced an elegant way to snooze emails that you don’t need to deal with right away. While this is not a world-first, when packaged with the rest of Sortd’s other organisation features, it makes Gmail+Sortd a strong contender against Google’s Inbox.”

Talking about the market and people's primary mode of professional communication, Rodney added, “Email is not going away any time soon.” A lot of young startups and even established enterprises have introduced standalone apps or add-ons to help people better manage their emails. Once titled the ‘Email Killer’ Slack is now helping users worldwide better manage their internal office communications on the platform without spilling them over to email. Google launched ‘Inbox’ last year to help users make ‘To-Do lists’ out of their emails.

Wayne considers Google’s Inbox to be a smart innovation. He adds, “Gmail is certainly a habit, but habits are tough to break, not to mention that it’s still streaks ahead of their Inbox app. There are a lot of loyal Gmail lovers out there who like some of what Inbox has to offer though - so we went ahead and built those features in Gmail. In contrast with Inbox, which many consumers are unsure about at this point, Sortd subtly extends your known and loved email environment.”

Currently bootstrapped, Sortd aims to eventually support all mainstream email applications, including Outlook. Bradley says, “While Sortd is currently an alternative to Inbox by Google, we believe in building on the platforms that are used everyday. Obviously Google is the well-respected top dog, and we’d be naive to think that Inbox is going to be another Google Wave. In fact, Google’s rollout of Inbox for Work might actually present some interesting possibilities for us, so we’re keeping a close eye on it.”

Sortd is currently free(through invites) but in the future the team plans to monetise through subscription plans for premium features. They also have a companion mobile app that complements the desktop version allowing users to manage their priorities and important emails on the go. Currently in private beta, they aim to make the app public early next year.

Sign up for Sortd here by using invite code: YOURSTORY ( Valid for only first 1000 users)

How Indian e-commerce companies are using their first lifecycle email