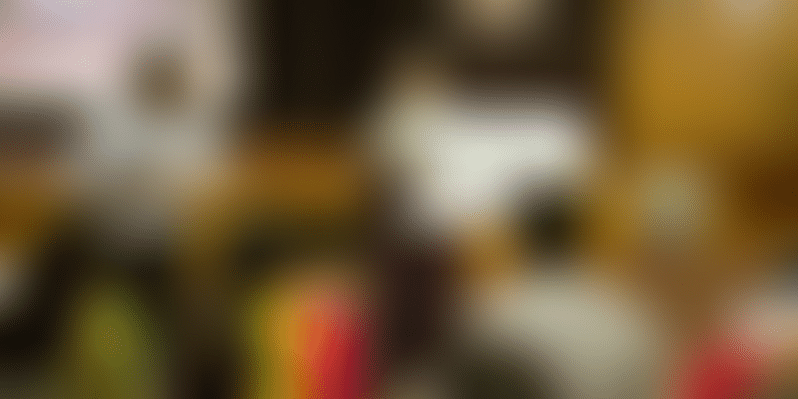 Ninety per cent of children across the developing world are now enrolled in primary school – a testament to the efforts of governments, donors, and non-profits in improving education access. But 240 million of these children, despite the fact that they are enrolled, are learning almost nothing; Over 50 per cent of Indian fifth graders are at least three grade levels behind where they should be (ASER, 2014). Similarly, 90 per cent of Ugandan third graders cannot read a story text, whilst 70 per cent are unable to solve basic sums (UWEZO, 2012), they are also victims of the global learning crisis. This crisis threatens to be the civil rights issue of our time, preventing a whole generation of children from realising their potential and fully participating in their societies. Often, entrepreneurs in the space have spoken about how empowering teachers is the best approach to follow, if learning outcome for children is the problem at hand.

Sharath Jeevan, spent 20 years in the corporate world, where he worked for large companies such as Booz Allen and eBay. In 2007, he quit his job and found a teacher education organisation in the UK called ‘Teaching Leaders.’ The organisations tried to bring strong leadership and management into areas of disadvantage in the UK. This gave him the belief and confidence in the potential of teachers to create change in the education system.Sharath then went on to found STIR Education in India. He tells us about his decision to startup, “I started STIR because I was struck by how teachers could find their own solutions to solving the learning crisis we are facing in India. I read about a teacher in Dharavi, Bombay’s largest slum, who was using monopoly money to teach math. It made me question how we could empower teachers like her to create a force for change within the profession.” For his work with STIR, Sharath became an Ashoka Fellow in 2014.

Vinod Karate, Director, India program Design and Partnership, STIR, tells about why he left a career in the corporate world and joined STIR, “Leading campus recruiting for an investment bank keeps you very close to what is trending on education space as it was part of your job. It was one such pursuits where I accidently picked up two lines on STIR’s pilot in Delhi in Economist. I reached out to Sharath and what impressed me about the approach was the belief in teachers and the fact unlike what we usually did – to go to colleges and say ‘you need to do this’ STIR went to schools, shared the issue and asked ‘what do you do about it’ that idea hooked me and I jumped in.”The problem they’re trying to solve

Vinod says, “It’s hard to ignore the role of teachers in this crisis. Many perceive them as the main culprits in failing schools – a perception that’s not entirely unfounded. Governments have responded differently – from increasing teachers’ salaries and providing teacher training to engaging parents to increase accountability. Despite these efforts, in most developing countries teacher motivation and commitment remain disturbingly low. In India one in four teachers are absent on any given day and nearly 84 per cent of Ugandan teachers would quit if given a choice. As a result, despite having solutions developed by multiple agencies within the government and outside, both non-profit or for-profit, the change on the ground doesn’t happen as the most important cog in the wheel, teachers, are not connected to solving the problem.”

The model of operation

During Ignite – teachers are encouraged to work with simple micro-innovation to bring small changes in their classes and are recognised for implementing these micro-innovations and are also recognised for influencing teachers outside the networks to implement them. During integrate, teachers are connected to researched backed solutions in the form of challenges – reading, classroom, etc., where teachers are encouraged to integrate these solutions to their teaching. Finally, during Ingrain – teachers are given opportunity to lead these networks completely and take charge of the learning in there network.

Vinod says that the essential difference in their approach is that it is bottoms up, deeply using positive peer pressure, idea of building social capital and community to help teachers to take the journey. He adds, “Also at each stage of the journey teachers are recognised. For instance the teacher starts as an associate Changemaker but moves up to be a Changemaker, then a lead Changemaker and eventually Fellow. We have partnered with Roehampton University, UK’s largest teacher training university, to certify teachers through the journey.”

The STIR team understands that these networks cannot work in isolation and hence key is to build these networks as a movement so that there are many such network parallel mushrooming and giving teachers in the network a whole new identity that of a Changemaker.

“This kind of a movement cannot be built in isolation. Collaboration is at the core to this approach,” says Vinod. STIR works is partnership with different state governments and organisations. Some example are – Uttar Pradesh SCERT, South Delhi Municipal Corporation, Department of Education Delhi. They also work closely with NGOs like Pratham, American India Foundation, Bharti Foundation, Educate Girls, Akanksha Foundation, Project Potential to embed their approach within the NGOs programmes through what they call the ‘STIR inside programme.’ This ensures that more and more teachers can benefit from the movement. Vinod adds, “We are also collaborating with Muktangan, a leading teacher training NGO that has helped us design programmes and challenges for the teachers. We have partnered with TESS India to design the classroom challenges.”

STIR operates as a not for profit (NPO) and is supported by 17 of the world’s leading donors including USAID, DFID, MacArthur, Mastercard, ARK UBS, Mulago, Draper Richards Kaplan, Peery, and Segal Foundations.

STIR has grown from 25 teachers to 12,000 teachers in India and Uganda. Vinod credits this is rapid growth to all the collaborations and partnerships with government organisations and NGOs. Vinod narrates a heart-warming incident of impact, “One of the first teachers we worked with, Indira, told us she only had five years to retire and had given up on the profession. After being part of the STIR movement she scaled her micro-innovations to local schools around her and 18 months later, she gave a speech at a global education conference that addressed Bill Clinton and Tony Blair.”

Vinod talks about the future plans, “In the next five years, STIR would have build this movement to have 120,000 teachers impacting three million children in both India and Uganda. In India we would be working with 10% of teaching base in three states and possible would have three big NGOs working very closely with STIR by embedding this approach to impact their own programmes. We aspire to achieve our ambition of one million teachers impacting 40 crore children by 2022.”

On a parting note, Sharath talks about where he draws inspiration from and the learning crisis we face, “Both Mahatma Gandhi and Martin Luther King are personal heroes because they led a civil rights movement that changed the way we look at society. The learning crisis we face in India is the civil rights issue of our time. It will shape our country for generations to come. But this time rather than one leader, millions of teachers will be the spark we need. These teachers will help crores of children realise their true potential.”