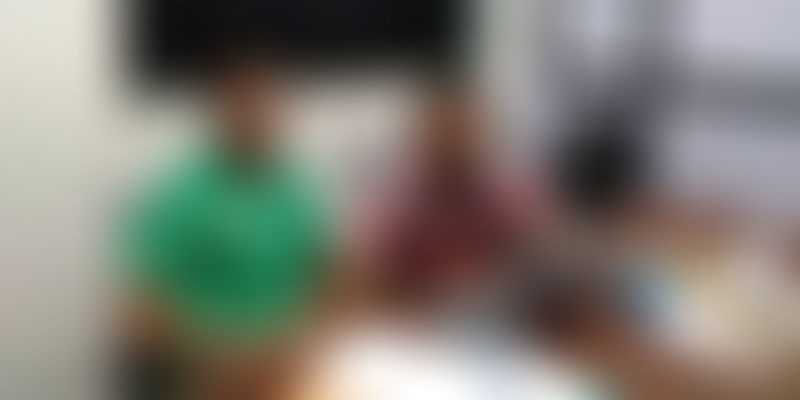 The Mumbai-based startup was looking to solve a two-fold problem:

Consumer comfort- The founders of Atomberg believe that Indians are not getting the level of comfort they deserve from household appliances. They believe that creating smart, intelligent, and connected electrical appliances will increase that comfort level manifold.

The Gorilla fan and the competition

Atomberg’s Gorilla fan is India’s most energy-efficient ceiling fan, consuming only 28W, whereas the majority of other ceiling fans consume 75W. The fan, which was tested successfully in the IIT Bombay labs ,comes with a smart remote and currently has the highest air delivery efficiency in the market. But, rather than rest on their laurels, Atomberg is already developing the next generation smart fan, which can communicate with the AC, and be controlled by a smartphone.

Talking about the competition, Meena says, “Since the only product that Atomberg has launched so far is a ceiling fan, our current competitors are major players like Havells, Orient, and Crompton Greeves. However, none of them are direct competitors as they do not operate in the super-energy-efficient segment. Our only direct competitor is a Coimbatore-based company called Superfan.”

There is a huge and untapped market for energy-efficient and smart household appliances. For fans alone, the market size is Rs 4,000 crores. Every year, over four million fans are sold in India. If one factors in the potential to save Rs 1,300 per fan each year, there is no reason why people will not switch to smart and energy-efficient fans. So, the price premium paid over ordinary ceiling fans will be recovered within a year. The founders of Atomberg believe that the entire market will sooner or later be taken over by smart appliances, making the opportunity for smart and energy-efficient appliances huge.

The 20-member Atomberg team has raised a seed round of funding led by the Aarti Group Promoter family. Today, the core team comprises IIT and IIM graduates, as well as industry experts having years of experience in sales, manufacturing, and design.

The challenges in a hardware startup

“There are not many hardware startups in India because of the entry barriers. Internet startups can easily be up and running within a few months, but developing a hardware product is way more challenging,” maintains Das. He adds, “Developing the prototype only takes a couple of months, but completing the product is very challenging and time consuming. There is no second chance to improve the product within a definite time frame. Apart from this, there are challenges like vendor setup, quality measures, procurement and a proper quality check process.”

Talking about the initial traction, Das says, “We have already confirmed orders for 3,000 units and have established distributors in Maharashtra, Gujarat, Goa, and West Bengal. The immediate goal in the next one-two years is to capture one percent of the market. This would mean a yearly sale of around four lakh units.”

As far as future plans are concerned, Atomberg is looking to launch more products in the energy-efficient and smart appliances segment over the next two years. They are also looking for funds to scale up their production capacity and for the development of new products.

Check out Atomberg for more details