Co-op investing: let's get rich. Together 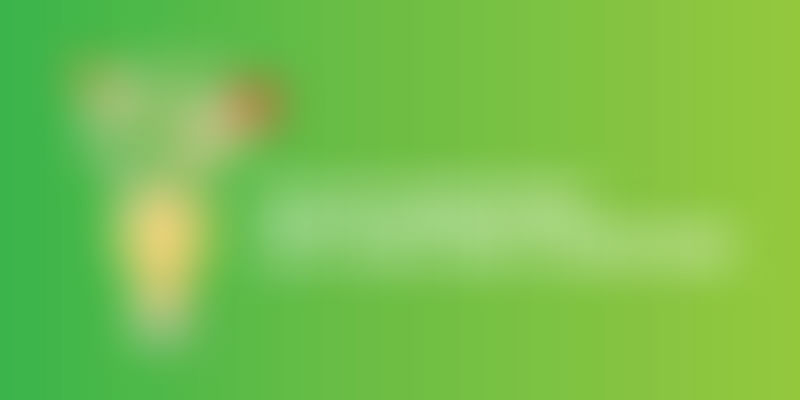 Media coverage on competition in the private equity (PE) spectrum, particularly in venture capital, has been extensive and enthralling. A recent article made an interesting point that the real "rivalry" in Indian e-commerce is between two of the largest PE investors in Asia - Tiger Global and Softbank. While recent investment behaviour is used to derive this analysis, the underlying message might be something else entirely.

What investing is really about

At the risk of oversimplification, the goal of PE investing is to multiply the invested capital and generate as much return as possible. If you dig into that, the methods employed are fundamentally straightforward. Pick a market that is big or growing quickly, identify the ventures that can dominate those markets, and invest in them at a time and price that gives you a good deal with the most flexibility.

The game is won when you make money. Lots of it. Everything besides the upside is secondary.

To achieve their goal, PE hires lots of smart people with deep domain and operational expertise and pools their intellects together to identify important market categories that are either large already or poised to grow rapidly. The candidate companies usually come next. This is a critical aspect of investing: the market must be attractive before a company is considered investable.

Of course, there are always exceptions. Some ventures attack the intersections of large markets and have the potential to dominate that niche or expand further into those markets. Other ventures begin to grow in one market before receiving an injection of serious capital from the right investor that partners with them to expand into an adjacency. And sometimes, there are those unique founding teams that can give birth to brand new categories and grow them through a magical combination of brilliant insights into user behaviour, a product with a gravitational market fit, and the right timing.

We might have glossed over other important considerations -- the strength of and complementarities in the founding team, their subject matter expertise, product prioritisation, client relationships, ability to scale, and several other determinant factors. However, these factors are considered to be signals of the ability of the venture to be able to capture a large slice of, if not dominate, the targeted market.

If the market is not attractive in the first place, even the best team and a great product will not seal the deal. No one wants to invest in the best Pascal compiler in 2015.

Cooperation is a competitive advantage

Investors look at large or growing markets for a reason: the most money is to be made by investing in ventures that can capture large portions of the total value up for grabs. So the most straightforward manner to capture that value is to back the venture that has a good chance of doing that. If the venture can become a monopoly, it might even be able to grow the market on its own terms, and that is the best outcome for the investor too. The chain of causality in investing focus follows this logical arc.

If you look at Softbank's investments over the last few years, it is very clear that they are playing the game of category domination. Deploying large packages of capital and thrusting promising private ventures into super-velocity orbits is something they're famous for.

Since 2010, SoftBank has completed around 13 US $90 million + investments totalling US $3.93 billion. Tiger has also followed suit, for the most part, with several large investments in big markets. If you examine the markets that these ventures are in, there is a clear and constant common denominator -- they are all very large markets and capable of growing even larger.

Building on top of large markets, many of these ventures are also moving into adjacencies quickly so as to establish a stranglehold on any future evolution of those markets. Placing large bets on big markets is a familiar strategy to capture value, and both are no strangers to this game.

Let's look back at the perceived competition between investors now. It is hard to buy the assumption that one instance of Tiger Global and Softbank backing companies in the same market -- Flipkart (Tiger) and Snapdeal (Softbank) -- means that the investors are competing. A more believable takeaway is that both investors believe the online commerce market in India to be large enough now to take their chosen companies into the big league and that these markets will continue to grow and multiply in size.

In simpler terms, the market is so large that there is room for multiple companies to capture large chunks of value. Both investors will also benefit from the combined efforts of these companies to grow their market and increase the size of the pie. This is the real game being played -- cooperative expansion of a common market.

Softbank and Tiger Global have understood that large amounts of money allow ventures to grow the markets they're in. Flipkart and Snapdeal have changed the behaviour of Indian consumers forever. The consequence is that online shopping will continue to grow now -- the flywheel has ramped up. They have attempted to capture market value by investing in different companies in the same market, and you might think that is competition. But it really isn’t -- they will both benefit from the expansion of the market by their “competitive” investments, and because that market is so large and growing so fast, they will both see payoffs.

If Tiger Global was so intent on avoiding conflicts, its second-largest public market holding wouldn’t be Amazon (Flipkart’s biggest competitor in India).

Similarly, nothing stops them from investing in the SAME company in the future, and doing this together to another market. On-demand transportation is one such large and growing market. SoftBank and Tiger Global are working closely together to capture and grow this market in multiple economies.

Ola is a good example of this -- Tiger Global helped grow Ola to the point where it was mutually beneficial for both of them and Softbank to participate in the next round together and drive Ola to hit the Indian market hard.

Co-operative investing has turned out to be the globally optimal method to capture large chunks of value through big ventures that end up dominating large markets. Co-operative investing might mean backing the same company together, or driving market expansion via different vehicles. The result is the same -- the investors increase their odds to win the game.

So the next time you read about how investors might be competing, it might help to remember that this perceived friction isn't always true. As entrepreneurs, ignore this noise and focus on demonstrating how you plan to capture value from an impressive market. That will cut to the purest elements of the venture, and that's when you'll find the most resonance from the best investors.

Collective and co-operative capital amplification might be the only real game played by the invisible hands, and it'll be more fun when more of us join in.